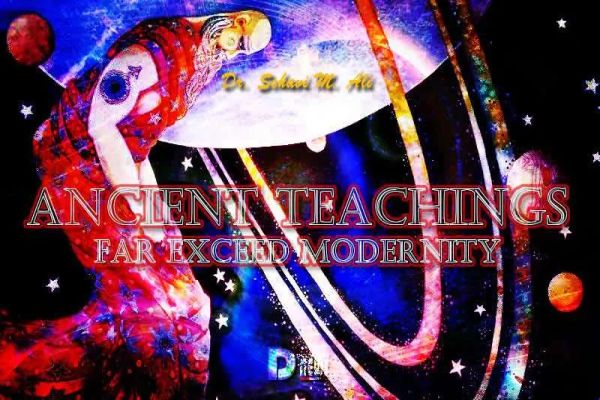 Too many people of the current space/time continuum are caught in the concepts of a mainstream scientific community which has not performed adequate research into ancient records.

Just one example is that there are those who quickly jumped on board to the idea that Pluto is not a planet just because a few years ago certain scientific arenas declared that it was not after having codified space in their own manner.

Yet, there are ancient texts that differ from the mainstream theme which persons of such an easily-led mindset do not deal with either because they do not know about these books or because they are simply not interested in them and would rather merely follow what they are told on television or “You Tube” or in some other fashion that does not require them to dive deeply into past records which are in many ways illustrating what is occurring in the “Now”.

This is an unfortunate occurrence of some of the populace of mankind.

A process of “dumbing-down” has been orchestrated.

Then when such persons are presented with other information which refutes their accepted mainstream opinion, they swiftly charge ahead to defend an opinion what they have not researched for themselves.

It is certainly true that many so-called “holy books” have been filled with cultural ideologies and religious indoctrinations.

However, there is also still much truth in most of them because SOURCE will not allow mankind to use its free will to completely negate Divine revelation, and many holy books say the same things in a different manner due to varying language forms.

The Sufi Master, Sri Hazrat Inayat Khan, taught that humanity must dig deeply into the various religious texts to discover the Divine revelations and to remove cultural modalities.

He also said, however, that not everyone had the rhythm to acquire spiritual or intellectual knowledge.

This is showing itself to be true in a world whereby, as mentioned above, so much of humanity seems to be able to be “programmed.”

As an Acharya of the path of “Sanatana Dharma” (“Eternal Path”), as a Spiritual Teacher of Kabbalah (from the original ancient Kemetic teachings), as a Sat Ra (“Daugher of Light”) of Kem Sesasta (“Potent Mysteries”), and as a “Sufi Mystic,” I follow first and foremost scripture.

This, as can be gleaned, is, therefore, a three-step process:

I do not accept without conducting research any opinions of persons who are not elevated enough in spiritual consciousness to have also conducted scholarly intellectual research.

I am open to constant learning but only from those who themselves have studied, learned various languages (especially ancient ones), traveled to ancient sites, and who are serving in some way as a “Lightbringer” for others as I endeavor to do.

It is not egotistical to be assured of one’s scholarly accomplishments when such blessings are known to have come only from SOURCE who designed certain experiences for a person’s development.

People have a right to believe as they choose, but they should not criticize what they have not studied.

Otherwise, there is no debate possible.

There must be equality in study first.

I say this so as to stop the possibility of some readers thinking that a person must have a degree to know anything.

I am definitely proud of my university degrees from top colleges.

However, my deeper spiritual learning came after my university accomplishments and educational awards.

Therefore, my greatest teacher is SOURCE because this is the “Designer” of my “course work.”

As we move deeper into the cosmic energetics that are pouring LIGHT into creation via “Divine Proclamation,” humanity will need to reach major heights in awareness before it can claim readiness for a golden age.

Yes, we need rest and relaxation at times too in order to be rejuvenated enough to further our spiritual and intellectual development—especially when such development also requires helping others.

Let us be grateful to SOURCE for allowing us to achieve HIGHER KNOWLEDGE and ANCIENT UNDERSTANDING for in this is TRANSFORMATION.

We can read certain mainstream approaches, but it is best not to accept them until individual research is conducted.

Then if value is found in the mainstream—fine. However, just to follow the mainstream makes a person like a computer which can only give out what is “programmed” into it.

Let us not be satisfied with being “programmed.”

Do not be a religious fanatic nor an intellectual snob.

Be of the LIGHT.