The Archons: Demons Who Feed On Human Energy 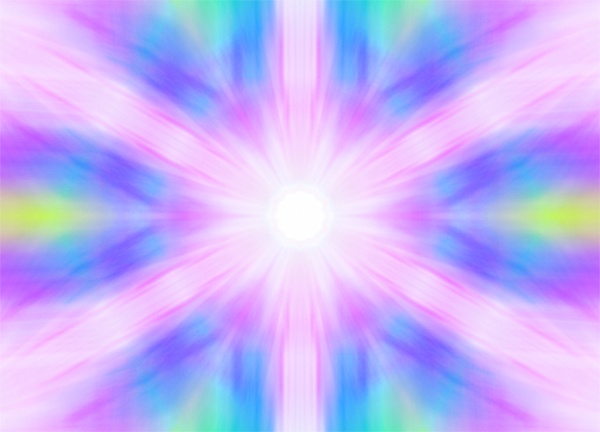 The Controllers desperately want us to forget that we have Souls. Even though we exist in a material world filled to the brim with many different kinds of Souls, Spirits and Consciousness, they would like us to forget our Soul. Tyrants cannot control our mind as easily, if we know how to connect with our Soul.

Without understanding the worldwide agenda of trauma based mind control, we cannot understand our participation in the constructs put in place to keep it going. We become unknowing participants, in perpetuating these systems. It is difficult to witness how many people on the spiritual path, and how many practitioners and session providers, have this blind spot, and are unable to see the pervasiveness of this agenda.

Soul Disconnected people behave in a similar manner to artificial intelligence robots, as they are shaped by mass media to make decisions based on survival and selfish desires, with no authentic thoughts or emotional states of their own making. Disconnection conveniently pushes forward the basic agenda of Psychology to be very effective in furthering the Transhumanism agenda. Today, if people are unhappy and disconnected from their mind and soul, they are given a pharmaceutical drug to take control over their bio-neurological system functioning, which leads to lifelong pharmaceutical dependencies and addictions. Administering synthetic drugs to impair bio-neurological functioning of the brain further impairs and damages the Soul body, making it nearly impossible for a person to experience Soul embodiment or perceive the nature of their Soul.

Unfortunately, when people are disconnected from their Soul through the rigid belief that they do not have one, they will not gain higher consciousness or higher sensory perception ability. In order to perceive beyond the illusions of the material world or third dimension, we must connect with our spiritual bodies. When we are connected to higher dimensions of consciousness while in a body, we greatly increase our capacity to perceive the many layers of the spiritual-energetic nature of our reality. Thus, we know that informed consensus between the people on the earth does not yet exist. Earthlings have not been informed of the extraterrestrial nature of our real origins, or the regular intervention and control that is made in planetary affairs by the off-worlders. When the mass population is not informed of the truth in these matters, and is continually lied to in order to base their existence on piles of mass deception, there is no such thing as informed consensus.

Thus, Scientific Atheism has a critical relevance in shaping current systems that control beliefs in the mainstream areas of Science, Medicine and Education, which unequivocally affirm that we are alone in a cosmos devoid of supernatural realms.

The Anti-Soul Agenda seeks to create division through polarization of people’s thinking into holding staunch oppositions that they will defend at all costs in order to win their argument. Their assertion is that there is no credible scientific evidence for the existence of a God, Soul or Spirit. Yet, as we are well aware, there is no acknowledgement of the scientific evidence that validates and describes:

Millions of people experience these kinds of consciousness experiences throughout the world every day, no matter what kind of belief system they have. Science as it is being controlled today, will never be capable of explaining these consciousness experiences related to our soul, with empirical data based on informed consensus. It is important to always remember, there are beautiful and kind people that can be found within every kind of scientific or medical field. We need to focus on our common humanitarian goals, and always be kind and Compassionate to the people involved, no matter what their belief system.

Splitting the Mind from the Soul

Without this critical knowledge of the Soul, Psychiatrics as it exists today, covertly exacerbates the NAA spiritual abuse conditioning through its social and biological engineering methods. Thus, it functions to reinforce medical care methods that induce mental body splitting, that ultimately create soul fracturing in the human public. Social Engineering is a type of Mind Control that seeks to manipulate people from their own right to privacy, into becoming knowledgeable and self-informed, so that the social structure can exploit them with misinformation that is used to take control of their behaviors. The primary method is applied via bullying, intimidation and deception tactics through controlling perception and by generating personal or mass fears, real or imagined in their targets.

Thus, this includes an Anti-Soul Agenda to enforce the basis of standard Psychiatric medical care to be fully governed and regulated by only western medical and military corporate conglomerate interests. These controlling interests only consider the revenue and resources generated from the physical pathologies that they have produced, in order to diagnose the public using their catalogue of pharmaceutically treatable disorders and diseases. Inducing and maintaining disease states to create lifelong medical consumers not only greatly suppresses human consciousness it generates multiple billions in revenue worldwide. The American Psychiatric Association or APA, offers a common language and standard criteria for the classification of mental disorders in the Diagnostic and Statistical Manual of Mental Disorders or DSM. The DSM primarily evolved out of the US Army after World War II. It is currently used by every governing agency that is intricately connected to the many laws and policies that make up the current medical establishment, such as; drug regulation agencies, pharmaceutical companies, medical insurance companies, clinicians, hospitals, the World Health Organization, as well as for military psychological profiling. Naturally, the DSM has tightly guarded copyrights that continue to make millions of dollars just from the publication and distribution of the manual itself.

The combination of growing massive corporate medical and drug profits, damaging bio-neurological functioning through prescribed pharmaceuticals, standardizing psychiatric diagnostic categories for Dehumanization Agendas, and medically treating humans as soul-less entities, creates the perfect front for the NAA. This allows them to continue to enforce abusive standards of medical care that are intentionally used to split apart the mind from the soul, contributing to the creation of disconnected and violent humans. Medical professionals and patients are indoctrinated to commit and accept the abuse of their fellow human being as appropriate, while stripping them of their human dignity, choice and wellbeing, all in the name of health care. The obvious motivation is that this greatly weakens and confuses many human beings, making them vulnerable to every kind of deception and dark manipulation. This leads to easy forms of mind control, social conditioning to accept anti-human behavior, taking mind altering pharmaceuticals, believing that a pill will cure problems, serious suffering while in disease states, and finally dark force possession.

When we can comprehend the larger picture of what is happening on the earth, the reasons behind this dehumanization agenda in the psychiatric and medical field becomes clearer and clearer. Why would these structures be put in place with the image that they are designed to heal and help people, when the primary motivation of the structure is to make money from the continued suffering and disease of others? Have you noticed the reversals inside these structures, compared to what they are actually marketed to represent? As an example, a medical research organization may represent them selves as devoting millions of dollars in grant money, from drug companies, toward finding a cure for cancer, but in reality they do not want to find a cure because it’s not profitable to the drug companies. It basically becomes a shell company to move money around to the people that play ball with the NAA. The answers lie behind the mechanisms that are used in society to disconnect people from their direct spiritual relationship with Soul, through the same tactics used in Satanic Ritual Abuse SRA.

The current 3D timeline in which humans have existed on the earth over the last hundred years, has been socially engineered through technological Mind Control, violent entertainment and predictive programming in the media to promote a death culture. Social Engineering is a type of mind control that seeks to manipulate people from their own right to privacy by controlling the way they access information. Controlling what it means to be knowledgeable and self-informed, so the fabricated social structure can exploit them with misinformation, making it easier to control of their behaviors. Thus, today, many people are unable to identify and recognize the clear signs of death culture programming as a result of the Controller Anti-Soul Agendas, because it has been interwoven into many of the day to day structures that make up the fabric of society. Why do the Controller structures promote and financially reward all organizations and media that promote death culture programming into our world? Death Culture produces the myopic mental polarization of attention upon purely physical sensations and material pursuits. It does not look deeper towards taking any responsibility. There is no accountability, moral or ethical consideration towards the consequences of actions that are directly related to increasing world pain and human suffering. Instead, the mainstream death culture programming thrives in producing, marketing and exploiting human suffering, pain and trauma, therefore, spreading the destructive lifestyles that lead to mass killing, disease and slavery. If we cannot identify or recognize how the death culture programming has generated great harm to impact our personal lives, children, families, communities, businesses and nations, we will not understand what we must change inside ourselves in order to heal our society.

The Anti-Human Agenda is to deny the existence of Individualism and individual Soul, and to refuse to treat people as unique individuals capable of autonomy and Self-Leadership. To become unified as a species, it requires that we remove the many societal labels and manufactured classifications and be able to see people as unique individuals with their own individual behavior based upon their unique soul Blueprint. Individuals should be considered competent based upon their own demonstrated behaviors and personal merits, and to know that all unique souls on the earth belong to the human race and are worthy of respect, dignity and opportunity. Simultaneously, barbaric and cruel behaviors which have been made acceptable within poverty stricken, survival orientated and violent cultures must be corrected through re-education. As well, there must be consequences for violent behavior and that which is directing intentional harm, in an enlightened society that protects freedom and values human lives.