As The New Moon Approaches

As The New Moon Approaches 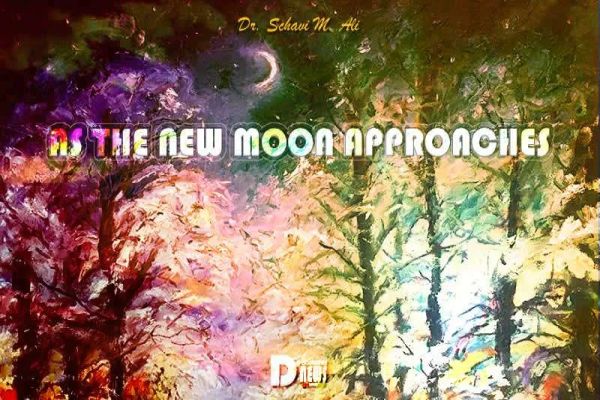 The fourth quarter of the lunar orb is occurring, and the New Moon arrives on Friday, April 1st, 2022, at about 2:25 AM (Eastern Daylight Savings Time).

Twenty-four hours prior to a New Moon is known as “The Dark of the Moon”, and this is when the glow of the Moon is so slight that it is almost invisible, and thus, the sky seems to lack a lunar disk completely.

They were afraid of the dark.

As many understand, however, from darkness comes LIGHT, and this is the case with the New Moon.

Lunar LIGHT is birthed anew, although it will not reach strength until the First Quarter, and it will then continually build in its phases of strength until it reaches the Full Moon.

The Moon governs our emotional makeup and responses to daily experiences.

Individually, we each have a specific “Moon Sign” in our natal charts.

However, whatever “sign” the Moon is in at any given time, this is the general emotional makeup of the collective.

The coming new moon will be in Tropical Aries and Sidereal Pisces.

The planetary governances are fiery Mars and watery Neptune.

These Tropical and Sidereal placements can generate new ideas which may not be easily followed-through on until the Moon reaches Taurus, possible impulsivity, anger issues which are quickly solved, (because of the fiery nature of Aries), a quick in and quick out type of activity amongst people and groups, a desire for spiritual development or a delusional character trait (because of the Neptunian orientation towards either spiritual elevation or illogical delusional philosophical frameworks—Neptune governs Pisces).

Fire heats water, but water can put out fire. In a general balancing act, fire and water produces steam.

The Moon remains in a specific “sign” for only approximately 52 hours—a little over two days.

During its traversing of a “sign”, it becomes what is called “void”.

This is when it reaches its last degrees of a “sign” (30 degrees) prior to moving on into the next “sign”.

To illustrate this in my seminars, I usually use the example of moving a chair from one side of a room to another.

The space between the chair’s old setting and the new setting is the “void”.

In other words, a person is carrying the chair across the room to a new placement but will not reach it yet for a few moments.

The Moon can be “void” for either a few minutes, a few hours, or for an entire day.

During a New Moon portal (approximately three days before, the day of, and for three days afterwards) as well as the phase prior to its arrival (the fourth quarter), there is often a sense of physical fatigue and lack of desire for much major activity.

During a Full Moon portal, however, emotional, mental, and physical energy is heightened unless other factors such as strong solar flares, powerful solar winds, explosive coronal mass ejections, and a magnetosphere filled with plasma particles—all of which elevate our planet’s frequency and amplitude—direct otherwise.

Then “Light Activation Symptoms” (LAS) can be intense which includes feeling energy-drained or exhausted.

During a fourth quarter Moon and the New Moon portal, even if cosmic energetics are enormous, which often gives some people more energy on all levels, fatigue can still be a challenge to deal with relative to daily obligations.

A New Moon is a time when retreating is wise like during the three weeks of a Mercury Retrograde who makes its spring entry of 2022 on Tuesday, May 10th and lasts until Friday, June 3rd. (Mercury retrogrades three times each year)

Because of heightened “3d” experiences of the past few years (politically, sociologically, philosophically, medically, religiously, etc.), both New Moon and Full Moon portals can open earlier than anticipated due to human collective consciousness sending forth vibrational frequencies into the ethereal realms which activate certain cosmic forces.

We must remember the ancient teaching: “As above, so below; as below, so above”.

The lunar orb of our solar system is, therefore, not without being capable of reception of human energies of thought, feeling, word, and action.

It too, has a “consciousness”— “life energy”—as do all things in creation, regardless of how small they may seem to be.

As Yeshua Ha Messiah once said, a time is coming when “Even the rocks will cry out!”

With the Moon in Tropical Capricorn (having arrived there on Thursday evening at about 5:54 PM (Eastern Daylight Savings Time) governed by disciplining, lesson-giving, organizing, relinquishing, sometimes depressing Saturn where it will remain until Saturday evening at about 8:55 PM (Eastern Daylight Savings Time), and with the New Moon just one week away on April 1st as stated above, this is an excellent time in which to purposefully slow down and perform extra self-nurturance, especially since it is in square position to the Sun in Aries.

A squaring angle between planets can be challenging, and the Sun and the Moon are certainly major LIGHTS in our solar system.

The slowing-down opportunity began yesterday evening and lasts until the New Moon on April 1st.

Even for a few days afterwards, it will take time for the new moon to achieve its strength as mentioned earlier. So, take relaxing baths with sea salt or Epsom salt and essential oils.

Meditate a bit longer than usual.

Get some energy work done such as Reiki or a massage.

Treat yourself to something special.

In other words, TAKE CARE OF YOU!

There was an “M-Class” solar flare overnight, and solar winds are slightly elevated above normal. A coronal mass ejection is pointed towards our planet.

The Sun is crackling with constant “C-Class” flares. The planetary magnetosphere is filling-up with plasma.

Intensified clearings and cleansings are happening.

We are being further activated with transforming LIGHT as is our entire planet.

The two main words I always use for these energetics in terms of what we must do are ANCHOR and ACCLIMATE.

The cosmos is “cooking-up” quite a “banquet” for us.

Let us partake of its sustenance.

The newest “dish” is on the “table” of “Now” as we head into the New Moon.

How to Bring About Great Changes ∞The 9D Arcturian Council

Listen To Your Heart - The Galactic Federation