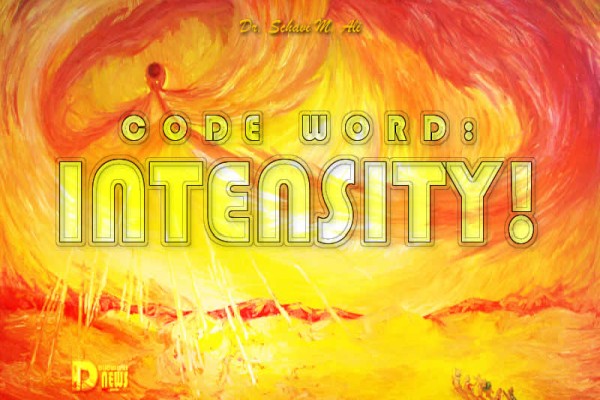 The New Moon occured on Wednesday, October 6, 2021, in the Tropical sign of Libra.

Mercury is already in Libra (retrograde), and both the Sun and Mars are in Libra also.

Pluto is in Capricorn and will move direct on the same day as the New Moon occurs. Libra squares Capricorn.

Whenever a planet moves direct (or retrograde), we say that it has “stationed”. In other words, it has arrived at a destination point for a specific type of energetic vibration—especially the direct movement.

Pluto energy is particularly intense and powerful because it governs major transformations which often come via discord and upheaval.

It does not merely change circumstances in their current makeup.

Pluto totally tears down situations so that something more substantial can be built, and it does not use the same “bricks”. It makes new ones.

It is the governing planet of “Scorpio” which deals with going to the depths of circumstances in order to discover secrets and to transform darkness to LIGHT to assist in the creation of new, more substantial, better workable philosophical frameworks and principles.

By the end of the month of October when the Sun moves into Tropical Scorpio (October 23rd) is when we will see major eruptions in all Capricorn-oriented modalities and decisions definitely having to be made.

Thus, while the Sun is still in Libra, whose message is “balance”, with Mercury (communications, mental focus) retrograde in Libra, and with Mars (action, aggression) in Libra which tends to slow down its often erratic and impulsive behavior, this is the time in which to self-reflect, review, and keep aware of world events so that when Mercury “stations” direct on October 18th, firm decisions (with no wishy-washiness) can be made.

Certain forces of control and manipulation will seek further empowerment, and those with a strong connection to SOURCE LIGHT will be capable of receiving Divine revelation which will instruct them as to how to act within the context of world events.

With Uranus (higher intuitive thought processes, consciousness-upheaval, creative advancements for humanity’s betterment) being in Taurus (strength, loyalty, beauty, love, financial prosperity, stubborn tendencies) making a harmonious trine to Pluto in Capricorn, this will assist “Plutonian” energy towards revealing more LIGHT from the depths of the cosmos throughout the galaxy.

There will be an INTENSE frequency released when the New Moon arrives, and the INTENSITY will continue throughout the last months of 2021 and into early 2022 (until about the equinoxes).

This is why it has been suggested in an earlier article that time be taken periodically to engage in fun activities for the reduction of stress.

Cosmic energetic frequencies will be steadily ramped-up as conditions on Earth/Gaia reach peaks of chaos.

Certain “Light Activation Symptoms” such as sleeping issues (vivid dreams with specific messages, tossing and turning and unable to sleep, sleeping but continually awakening every couple of hours or even every few minutes), feeling energy-drained during the day, sensations of strange movements in the crown, sinus drainage, pounding heart rhythms, digestive challenges, and stiff muscles—will all be indications of chakra alignments and greater kundalini surges as LIGHT pours into the physical vessel.

We are constantly reminded of the “Cosmic Concert” because it is so vitally necessary to our planetary awakening.

Because Earth/Gaia is a member of a total galaxy “family” and not merely a lone planet gliding along within a vast universe with no “relationships”, it receives electromagnetic currents from its “siblings” —all of which are “instructed” by parent “Great Central Sun”—which is, of course, as with all creation, “fertilized”, “gestated”, and “birthed” by SOURCE—the “Ultimate Divine Parentage”.

However, sometimes various planetary “entities” misuse their gifts of free will, and circumstances eventuate that are not advantageous their “planetary household” or the rest of the “galactic community”.

That is when the “Ultimate Divine Parentage” steps in and makes corrections. Sometimes the corrections are not comfortable to handle, but they must be made. SOURCE then sends “ITSELF” to us on the earthly orb as Avatars, Sages, Ascended Masters, and Archangels.

We are “re-instructed”, “re-minded”, and “re-aligned” with sacred principles. As we accept them, we soar higher in consciousness and achieve greater capabilities.

As the BHAGAVAD GITA states: “They who rise upwards are settled in Harmony” (Fourteenth Discourse).

As John 8:32 states: “And ye shall know the truth, and the truth shall make you free” (HOLY BIBLE).

As the HOLY QU’RAN teaches: “God will increase the guidance of the already guided.”

As the BOOK OF COMING FORTH BY DAY advises: “Every good word which shall be uttered or said before me by any person whatsoever, I will fulfill to the uttermost, omitting nothing.”

These few verses from some of the many Divine revelations of SOURCE are sacred sustenance for the “Now” as well as for the earthly experiences ahead as these experiences are encoded into the space/time continuum and the Akashic Record.

LIGHT is ever-flowing like a beautiful sea or ocean. “IT” washes over us and through us with refreshing nurturance, even though we may at times encounter rough waves.

As we gather strength and expertise in “surfing” the waves, we are awarded with knowledge and empowered for its usage.

A Native American teaching is that “The Spirit moves upon the face of the waters.

“Before Wednesday’s New Moon, sit beside a lake or pond and meditate. Have a journal with you.

Write down what you may receive as revelation. Observe the birds and animals as they scamper about in the vicinity.

Are they delivering a message? What do you sense that it is? What colors are around you?

Breathe them in, and let the colors feed your chakras with healing energy. Remember, the word “Nature” is from the ancient term “Neter” (the language of “Medu Neter” which is “Sacred Speech”) and is translated as “Divine Force”.

Thus, being in Nature, we are communing with “Divine Forces”. We are in the arms of SOURCE in a material way while “ITS” LIGHT feeds us from the ethereal realms.

Blasts of LIGHT from many directions in the cosmos as well as directly from the unseen (but felt and sensed) bright pulsations of SOURCE are like moving into a new unfamiliar environment where the language is different, the social amenities are different, the foods are different, the spiritual rituals are different, etc.—everything that we were used to in our home environment is different, and instead of overlaying the differences with judgmental philosophies, we respect the new atmosphere and work within it. In like manner, let us work with the LIGHT because “IT” is the INFINITE CREATOR advancing, sustaining, and transforming us as we are made to be more of “ITS” likeness.