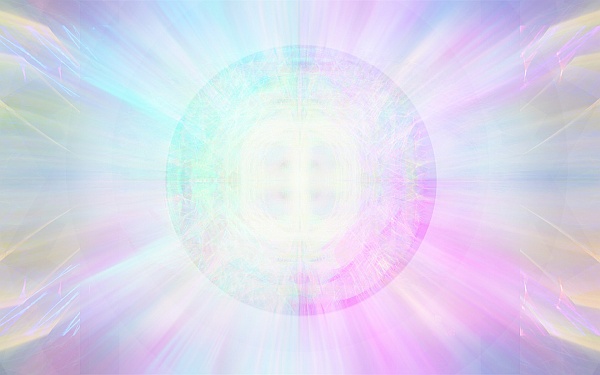 Today too many good-hearted people in the world give their corrupted leaders and policy makers the benefit of the doubt, citing incompetence or pathological compassion when attempting to explain away the rapidly increasing destruction and decay of their western culture in major cities undergoing the agenda for Controlled Chaos.

The systematic and methodical destruction of natural resources and civilized cultural settings, destroying or hiding beautiful masterpieces of art and literature, and the intended decimation of artifacts and antiquities highlighting previous ages of an enlightened human culture is not an accident. Controlled Chaos is based on subjecting individuals to sophisticated methods of a global Psychological Manipulation designed to reform and suppress the mass consciousness, by Shaping False Narratives that destroy Unity and Empathy within humanity. Divide and rule strategies encourage divisions, conflicts and chaos among the opposing groups to prevent the formation of strong alliances and unification that could challenge the power of the Controller or Ruler. This extends to the negative entities, such as the Luciferian or Satanic groups, that exert further control over their human representatives that have been socially engineered to carry out their divide and conquer agenda against the human race.

Comprehending the motivation of the controlling power elite means understanding their spiritual and ideological beliefs connected to using controlled chaos against their opposition, which essentially is to continually incite chaos and division in order to control the rest of earth’s inhabitants. Controlled Chaos is understanding the role of chaos theory that is used in military based decision making, when planning divide and conquer tactics being targeted against any group, demographic or nation. Controlled Chaos is used both as a spiritual warfare strategy on the metaphysical front by non-physical dark forces, and as a propaganda-based disinformation tool and weakening tactic aimed against the masses in the physical world. This is a global strategy for full spectrum domination of earth carried out by the NAA forces, who use human controllers on the ground that have been handed access to unlimited wealth and resources of the planet in order to manage the rest of us in a Controlled Chaos.

By methodically destroying the cohesion and unity that exists within any targeted group, organization, state, or nation, the group is weakened by internal division and chaos, whereby outside organized forces that use controlled chaos tactics can intercept and easily impose control over the group’s resources. As a case study, the intended destruction of a powerful state could be potentially desired by multinational corporations, crime syndicates and institutions that intend to gain aggressive control over the global financial, military and information resources in that state. Strategies would include saturating the death culture propaganda into the population by reinforcing destructive behaviors; such as increasing destitution and homelessness, handing out free heroin needles, pushing sexual misery to reduce birth rates and increase death rates. When there is indifference to the suffering, misery and destitution of others, people become suicidal and lose their will to live. This acts as a general euthanasia mechanism for facilitating a eugenic strategy or kill off in the targeted culture.

Another case study for observing controlled chaos strategies in action, such as using weather modification to instigate chaos, is highlighted with the recent Hurricane Florence activity on the eastern seaboard. Dane Wigington from GeoengineeringWatch.org brought it into public attention with his recent article and video below.

Will Hurricane Florence inflict the level of catastrophic damage that is being forecasted? Will the "forecasted" stalling of Florence parallel the Hurricane Harvey scenario to some degree? Or will a last hour change of direction and weakening of the storm diminish some or much of the predicted impacts? In either case, climate engineering is the core part of the equation that is not being acknowledged by any official source. Though nature is increasingly spawning hurricanes / cyclones due to Earth's rapidly warming seas, massive global climate engineering operations (and associated technology) are increasingly able to manipulate and steer such storms. Early on forecasters somehow knew Hurricane Florence would follow a nearly straight line course to a specific region of the US East Coast. How did they know? Because they are reading a script that is passed down to them from up the ladder. A script that ultimately originates from climate engineering contractor Raytheon who does all the modeling for the National Weather Service (NWS) and the National Oceanic and Atmospheric Administration NOAA (both government agencies have an illegal federal gag order on them).Weather warfare continues to be ramped up around the world, Hurricane Florence is only one example of hurricane / cyclone manipulation. Super Typhoon Mangkhut is predicted to possibly become the most powerful storm since record keeping began. Mangkhut will impact the Philippines and even Hong Kong. Will US mainstream media even cover this? How many other dire global news issues will be omitted due to the coverage of Hurricane Florence? Is that a part of the agenda being carried out? Though countless forms of human activity are decimating and derailing the climate system, geoengineering programs are single greatest climate disrupting factor. The continued mainstream media cover-up of illegal climate engineering operations makes them accessories to these crimes.

The 5 minute video report below provides input on Hurricane Florence and some of the potential agendas behind the manipulation of this storm.

Instigating and seeding continuous chaos, particularly through natural disasters or emergency situations, overwhelms the capacity for supporting sustainable living and disrupts the stability and cohesion that is necessary to restore order to the disorder. Uprooting people from their homes, creating refugees and mass migrations are tools used for destabilization and psychological warfare, by gaining control of these areas through inciting chaos while destroying the local culture. When the natural environment and earth beauty is being destroyed, such as trees, plants and animals, this decimation produces a Dehumanization and demoralization effect upon the people living there. Living in a barren, desolate wasteland as a result of abject poverty, war and cataclysmic events is not highly desirable to evolve consciousness and develop the local culture, it produces primitive values and barbarism. Through conditioning propaganda of continual controlled chaos as a way of life being seeded as the global Death Culture, it achieves the aims of the Controllers in various ways.

Controlled Chaos strategies and intentionally inciting the forces of chaos in the world at large are also entwined with the overall Satanic Ideology and its highest principles. Those individuals that are either moderate or extreme occultists in their different branches of the satanic belief system are also practicing the same divide and conquer strategies in order to gain advantage and oppress the masses, through Lack of Empathy and compassion for others plight. Satanism promotes the rise of master manipulators and sociopathic personalities to exploit all human psychological and emotional weakness for personal gain. For the Satanic occultist, psychic attacking and Black Magic is designed for siphoning soul energy for producing spiritual weakness along with the premeditation of complex strategies that are designed to destroy their opposition at any cost. Hence many Satanists are master propogandists, using complex deceptions for psychological manipulation in attempting to indoctrinate the public into various forms of moderate to extreme Satanic Ideology throughout the controlled mainstream media.[1]

Current Visioning - Teachings of The Masters

Two Ways to Connect Your Laptop to Your TV: Wired and Wireless Method
Become a Patron!