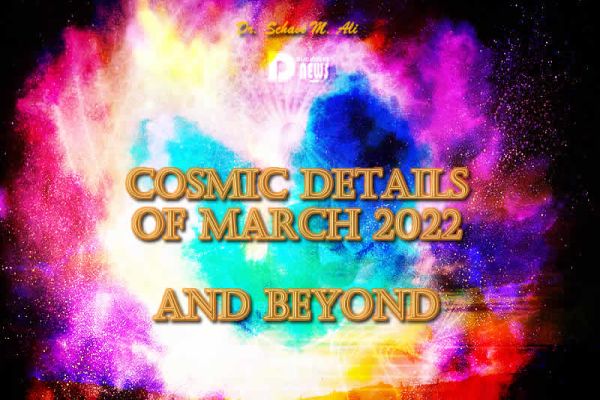 Both proton (positive ions) and electron (negative ions) flux energies are flowing into Earth/Gaia, and a series of sunspots are turning to directly face our planet.

Solar winds have arrived and are traveling at over 500 km/s (kilometers per second).

Although certain scientific laboratories are saying that no geomagnetic storms are expected, all cosmic energetics driven by the Sun of our solar system affect our planet by activating “Her” inner core through moving tectonic plates and “Her” outer field through the build-up of cosmic frequencies in the magnetosphere which push into the planet and into creation upon the planet (which includes the human and animal inhabitants).

As has been continually discussed, the LIGHT coming into this galaxy, solar system, and our planet is becoming increasingly stronger almost daily, and this is a preparation for a major cosmic happening that will announce the beginning of the “Dwarpa Yuga” era when approximately one-half (1/2) of the planet’s population will either be already very spiritually elevated or begin the process of spiritual elevation.

In the current “Kali Yuga”, only one-fourth (1/4) of the human population is elevated to the Higher Knowledge which will assist others in regeneration, revitalization, and renewal—the “consciousness transfer” mentioned in previous discourses.

Many people may ask: “Just what is a ‘consciousness transfer’?”

It is when the mind (consciousness) is capable of reaching into the ethereal realms of SOURCE FREQUENCY and receive Divine revelatory information of the past and its harmonious as well as disharmonious experiences; of the present and what needs to shift in thought, emotional responses, words, and actions in order to achieve peace and healing; and understand what the future holds based upon human levels of consciousness—elevated or remaining in a lower frequency.

It is being able to “read” the “Akashic Record” of human experiences which have allowed an arrival at the current timeline.

A “consciousness transfer” also involves being able to truly psychically tune-in to the surrounding energy via clairvoyance, clairaudience, clairsentience, etc. and not merely think and hope that these abilities are extant.

For example, many people say that they receive messages from the Archangel Metatron in a “channeling” process. (Some people claim to “channel” historical figures—many of whom did not really exist).

Let us explore this relative to “Angels”.

First, the term “Meta” refers to something that is beyond the material realm such as in the word “metaphysics” which implies that certain higher principles are beyond the physical senses.

The term “Tron” refers to the manipulation of sub-atomic particles.

Thus, the word “Metatron” can be defined as “something that is beyond material sub-atomic particles of existence”.

All Angels Are Beyond Material Particles And Sub-Atomic Particles Of Existence!

Thus, all Angels are “Metatronic”!

Let us remember that the word “Angel” is from the “Parent Language” of Sanskrit and is defined as “Offering” and also as “To Pray”.

When we pray, we are making an offering, and we can bring Angels into existence. Angels are aspects of the DIVINE ABSOLUTE—SOURCE—THE GREAT SPIRIT—INFINITE PRESENCE—THE DIVINE MOTHER—THE ALMIGHTY FATHER—BRAHMA—VISHNU—TARA—AHURA MAZDA—ALLAH—etc.

In the Western world, most references to Angels are of the Hebrew language such as “RAPHAEL” which translates as “God Heals”.

In the Vedic spiritual tradition, Angels are the “Devas” and “Devis”—words which translate as “Lighted Beings” and also as “Shining Ones”—aspects of SOURCE which many (perhaps most) people think of as “Gods” and “Goddesses”.

In the ancient Kemetic tradition, Angels are the “Neteru”—a term which translates as “Divine Forces of Nature” and a word from which we derive the words “nature” and “nurture”.

There is no one Angel “Metatron” by just this one specific name.

Angels can take on form as needed, and their numbers are countless because SOURCE is INFINITE.

It is important to mention this information because in the era of “Kali Yuga” people who are endeavoring to help humanity can sink into delusional thought processes and particular beings of dense and disharmonious energy can be invoked unconsciously and deliver untrue messages.

As the “3d” experiences of warfare, famine, disease, continue to play their dissonance, this attracts disharmonious energies (some people would use the term “evil”) into the planetary atmosphere.

Diligent prayer and bringing down the “Pillar of LIGHT” from the Great Central Sun to the Sun of our solar system to our planet and into our crown and throughout our entire being are ways in which to be protected and to call upon true Angelic Forces for aid, and in so doing, we are actually calling upon SOURCE which is also our HIGHER SELF—our SOUL.

We must remember that we are “lights” of the LIGHT.

As one of the world’s scriptures teaches, humanity was created “just a little lower than the Angels”.

This is why Angels can help us.

We would be able to do anything and everything ourselves! We would not need free will, and thus, would not need to make choices in thoughts, feelings, words, and actions.

We would always be in total perfection.

Our world would also be in total perfection. We would not make any mistakes.

As powerful incoming LIGHT occurs in higher and faster vibrations as we approach the spring and autumn seasons in the Northern and Southern Hemispheres of 2022, our DNA and cellular records will be “re-filed” with new information.

Old worn-out concepts and the lack of deep analysis of the earthly life stream will dissipate similar to the simple example of throwing out or shredding old papers at the end of a year and preparing for a new year.

The New Moon in Tropical Pisces and in Sidereal Aquarius on March 1st and 2nd (according to various time zones) opens the portal for the new seasons which are yet about three weeks away from their entrance onto the “Cosmic Stage” introduced by solar dynamics as our planet turns on its axis.

The seasonal shift will usher in cosmic energetics for all of the year and for years beyond because Jupiter and Neptune together in Tropical Pisces and Sidereal Aquarius have messages of group development of greater spiritual understanding, i.e., humanitarian togetherness in the realization of “One-ness”.

Jupiter’s movement into Tropical Aries and Sidereal Pisces next year will enhance this realization.

Perhaps the major cosmic happening mentioned earlier will have occurred by then.

Nobody can give an exact date. However, it is coming.

That has been assured in ancient teachings as well as current timeline revelations of its closeness.

Even traditional scientists have been saying for many years that our planet is several thousand years overdue for a major cosmic event to unfold according to their research over the happenings of many eras which involves the sciences of geology, archeology, anthropology, physics, etc.

In order to be immersed in sacred spiritual “Amrit” (“Immortal Nectar”), we must be meditative and prayerful at the deepest levels possible.

We cannot just flick tarot cards or make strange sounds with our voices and expect to be tuned-in to the INFINITE DIVINE.

People can certainly tune-in to something, but the question becomes what?

Let us not make elevation to the HIGHER LIGHT too simplistic a process, and people must be careful of what they are supposedly “channeling”.

Even so-called religious leaders must be careful when they utter: “God told me…”

“The ink of the scholar is more precious than the blood of the martyr” (HOLY QU’RAN).

“In order to bring anyone to knowledge, it is first necessary to bring him or her to a state of MIND where they will listen” (BHAGAVAD GITA).

LIGHT is definitely allowing us to show ourselves approved, to be scholars, and to be brought to a state where we will listen.

Our planet’s shifting is our shifting.

At the same time, if our planet is disturbed by disharmony, humanity will also be disturbed.

We must stay in the LIGHT of SOURCE so that we are centered in the “eye of the 3d storm” and not caught-up in the turbulence or confusion of an age that is coming to closure.

We must prepare to embrace a new era and leave the old “records” behind.

The true “rapture” is reception and acclimation to SOURCE LIGHT FREQUENCY.