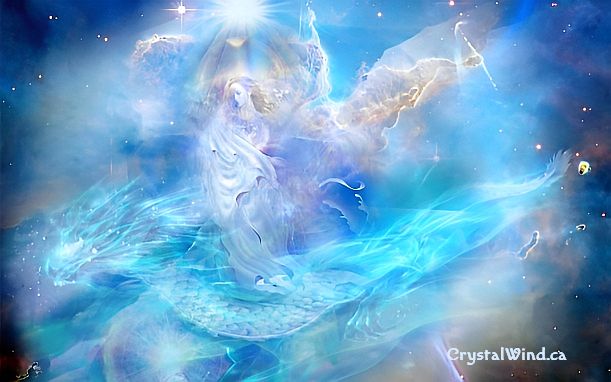 Since the onset of the Paliadorian Activation cycle, significant changes have been occurring within the core manifestation template and the base 12 architecture in this Universal system.

This could best be described as an expansion, as the God Source Creator has opened up several ascending pathways from our time matrix that lead directly into the highest sovereign realities existing within the God Worlds. Through the addition of the three-dimensional layers built into our Universal Time Matrix, our system has integrated three unlocked corridors which include another harmonic universe layer that expands into 16D, 17D and 18D, which are non-dimensionalized Cosmic Founder God Source consciousness fields.

Additionally during the planetary events of the Cosmic Dragon Awakening, it required the opening of 19D, 20D and 21D in order to host the Triple Solar Feminine rishic consciousness (i.e. Solar Reisha) and the Elaysa-Melchizedek Universal Mother architecture in the planet. The Elaysa Code activations were transmitted and anchored into the Albion LightBody during the 2022 winter solstice. The Elaysa Code corresponds directly to the many layers of Krystal Cathedrals that are being built through every dimensional plane in the Albion LightBody. The Elaysa fields are that which give access through the individual’s central nervous system to run the krystal tri-wave currents that open into Aurora timelines or other organic ascension timelines, which serve that individual's unique highest expression.

Essentially this means that the entire Universal Time Matrix, our Milky Way system has shifted into the higher frequency domain of the non-dimensionalized Cosmic layers of the God Source field as an Ascension Host Failsafe Plan. This entire Universal Time Matrix is residing within the nested holographic matrix of the next Harmonic Universe layers and into the parallel matrices that hold the Cosmic Kryst-Krystallah divine blueprint from within the God Worlds. The Personal Christos identity will reconfigure the plasma orb body for merkabic alignment to the portal passage that is chosen for the next stage of consciousness growth or creational experience during the Ascension Cycle. The majority of soul groups on the earth that are continuing their consciousness learning journey beyond this lifetime into the 5D parameters, and require direct Guardian hosted re-education towards the mechanics of Ascension and Service to Others in order to fully deprogram from AI, will be guided by their spiritual family through the Consciousness Corridors.

The configuration of the personal LightBody and ascension vehicle is based upon genetic spiritual lineage and the choice that is made by the Avatar self when navigating the holographic matrix through the Core of Creation which leads back into the corridors of the God Worlds. Some Starseeds will return home to the original ancient builder Kristos matrix of the Emerald Covenant, while others may choose to navigate into exploring other Cosmic Christos family creation matrices, the possibilities are indeed limitless.

The expansion into these three new bands of Cosmic God Source field creation have now been integrated within our Universal Time Matrix, which allows direct contact and communication from many of our Kristos spiritual families that reside within several different creation matrices located in the God Worlds. The triad of the 16D, 17D and 18D matrices along with the triad of the 19D, 20D and 21D source fields have been anchored onto the planet through Stargate Hubs and organic chakra flowering systems, which are portal passages from the God Worlds and are the means through which Cosmic Elohei God Forces are manifesting the God World Trinity in this density.

In order to host their triple solar female rishic consciousness (i.e. Solar Reisha) and the Elaysa-Melchizedek Universal Mother on the planet it required the opening of 19D, 20D and 21D. This expansion also functions as the triple hosting shield of Rishi-Reisha anchored inside of the Gaian Matrix, and lays the correct foundation for the Universal Emerald Rod and restoration of the related 48D Azurite Emerald Sun DNA architecture. It appears much of the organic Emerald Order 48D Azurite-Ascended Master architecture is available from the Elaysa Mother matrix through the 19D access to the Elaysa Sun.

To the best of our knowledge, the expansion into the next layers of the harmonic universe have unlocked dimensional access into the following:

The sixth-dimension merges with 16D and recently has been merged into 19D. This appears to be the dimension where Elaysa-Melchizedek and many other Azurite Ascended Masters that source from the Elaysa Sun became trapped and unable to enter our time matrix. The Cosmic Mother Elaysian matrix of Ascended Masters in 19D appear in their Maharaji Asian forms as the Triple Female Tara’s, and Triple Male Buddha’s that travel in their eternal solar dragon body and ouroboros rings.

The seventh-dimension merges with 17D and recently has been merged into 20D.This appears to be another dimension of Cosmic Sun Mother Matrices, which are referred to as Ankhulasa. Ankhulasa sun star network holds the Lily of the Valley of the second coming of the solar female Christ-Melchizedek, and appears as the spiritual family of the triple suns of peach rose solar fires. These are necessary for the embodiment of Solar Dragon Queen Merida-Guinevere-Brigid in her complete Mahara Reisha triple peachsicle solar suns spirit body that are her specific embodied cosmological principle. The spiritual family of Fey, Merlin and Morgana also seem to source from out of the 20D domains, in which ancient Celtic-Druid Maji grail lineages and families of angelic winged fairies and unique fey devas were once abundantly populated throughout the Albion. Merlin and Morgana and the Fey lines suffered terribly from the fall of Gaian Matrix, Crucifixion Implants and inversion of the violet flame; hence this recent unlocking of dimensions finally offers some effective spiritual body retrievals and much needed loving restoration for the Fey family lines. Much of this particular spiritual family suffered grotesque mutations through archontic shadow beast machinery inserted in the North Sea Hyperborean portal, and will require ongoing support through Elaysa Mother’s clearings of forced lunar inversions and alien hybridizations as their parts are being returned and recollected from the Scottish Highlands, North Sea and Hebrides.

The eighth-dimension merges with 18D and recently has been merged into 21D. This appears to be a flowering diamond with a center point that opens into 21D and offers another expansive access into the Stairway to Heaven, which includes the tri matrix access into the Eighth Sun and Cosmic Aton body. As this dimension was unlocked all eyes near and far went to the 11th gates showdown in which many typhon tunnels, Qlippoth centers and alien architecture immediately collapsed, as authentic Emerald Founders spanned the dimensions in their solar dragon body (Kantarians) and linked several local star constellation maps back into the planetary grid system.

Update: Current expansions into the triad of the 22D, 23D and 24D source fields are underway in order to facilitate the Emerald Order's Tree of Life, which includes the Triple Solar Masculine and Triple Solar Feminine hierogamic union within Solomon's Temple and the Krystal Cathedral architecture that function as the Christos-Sophia dwelling that is required for the final seating of King Arthur and Queen Guinevere in the Albion.

To communicate with the Rha God World of Amethyst Order which source from the 36th dimension, and the original Emerald Order God World sourcing from the 48th dimension, the Cosmic Founders have stepped themselves down into the pure Rainbow Diamond Ray transmission from 18D. The Emerald Order God World domains in 48D stepped down into 18D to transmit the Rainbow Dragon Breath through the Diamond Ray current to perform the Solar Anointed Christ-Buddha Initiation on Earth to awaken the Solar Dragon Michael, the 13th Dragon King holder originally from the Emerald Sun God Worlds.

The Cosmic Founders promise to us was made with the Emerald Covenant, that all Souls in this Fallen Universe would eventually be found and returned back to their original spiritual home. This was the original divine plan of spiritual Ascension, the evolutionary journey through the astrological ages and timelines which would facilitate our way back home, to remember our divine purpose and be reunited with God.