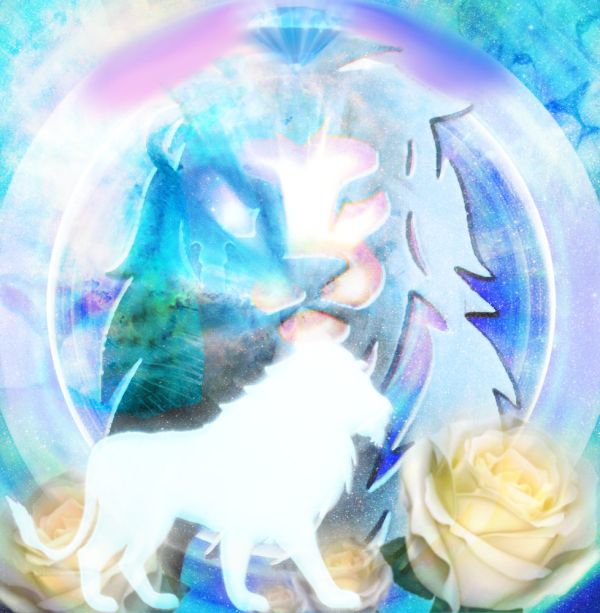 We have learned that during the planetary ascension, the Mother of Dragons must take her place as the Cosmic Dragon overseer on the Earth, so the Dragons’ many parts can finally be restored and reanimated by her life giving presence and sacred holy spirit.

The Dragons and their spiritual body parts exist everywhere on the planet in physical and energetic expressions, although their consciousness properties have been in stasis during the Dark Aeon when we were spiritually adrift in the seas of chaos, without our Cosmic Holy Mother. See Cosmic Christos Dragon Teachings.

The Mother of Dragons is the original Cosmic Dragon which oversees the four dragon realms in the middle world, inner world, outer world and core of creation domains that make up the entirety of the Universal, Galactic and planetary consciousness. The Cosmic Mother Dragon also oversees the millions of Dragon Eggs that are intended for activating the lightbody of human beings and for the spiritual benefit of the various species existing on the planet. We have noted that the Cosmic Mother Dragon is also overseeing the functions of the gatekeeper Dragon being that was in the middle world domains of the Universal Mother Dark Matter Matrix.

As Solar Christ Mary returns into our world as the Cosmic Dragon, so do these buried histories rise into the awareness of the ancient Essene Celtic Church sacred texts of the Pearl Activation, along with many of the hidden cellular memories of our long-forgotten past.

Since last year, many grid wars and off planet Spiritual Warfare events ensued as a result of reclaiming her massive spiritual body parts that are connected to the Solar Mary’s Tiamat histories, and the reclamation and reunion of her Cosmic Dragon parts. There has been ongoing dismantling of the anti-hierogamic alien machinery that was used to pervert, invert and clone her sacred image, energy signature and holy spirit for assorted satanic agendas as the alien generated Dark Mother. The reanimation of the Triple Solar Goddess in her Solar Christ Mary form has been actively involved in the sequential activation of many Gothic Cathedrals across the globe that were originally built on Dragon Nodes in her name and Mary Magdalene Sophia lineage.

Last year, Solar Female Christ Mary Sophia was reawakened as the first emanation of the Triple Solar Goddess returning into her female Solar Dragon form to reclaim her rightful place as the Solar Feminine Christ, joining with her sacred husband Christ Michael in the first stages of their hierogamic union. We have learned the location of their sacred hierogamic union wedding into Cosmic Dragons is taking place on the Saint Michael Line and Avebury henge during the upcoming Easter holiday. Whereby their heavenly coupling in their Cosmic Christos-Sophia solarized marriage bed produces a Cosmic Christos offspring for the Earth, which takes form as the hatching of their Cosmic Golden Dragon Egg.

As the unwinding of anti-life reversal currents transpires in the planetary Albion Lightbody, it is similar to observing the clock hands of time begin to move in counterclockwise spirals and see that many previous destructive timelines are rolling up and then disappearing into nothingness within the Cosmic Mother’s Womb.

Through this massive aqua-emerald transmission sourcing from the Cosmic Womb of the Holy Divine Mother, she transmits the perfect proton and neutron consciousness units, which carries the God Seed of the Diamond Sun DNA template for her organic divine children seeded throughout the creation. The natural offspring and those refugee races who agree to regenerate their species DNA for organic ascension will receive the potentials of the Maharata blueprint of her sacred sound aqua plasmas in their activated 8D axiatonal line, thymus gland, permanent seed of the higher heart and activate dormant hara centers.

There are 13 Dragon Beings that are enveloped in the Earth crust, that have been here for eons of time as Guardians of the Ley Lines, ready to awaken and protect the Christ Child once the Cosmic Dragon births the Golden Dragon Egg and it hatches or cracks open. They have remained asleep in the Earth until the tipping point of global awakening occurs when the Mother of Dragons returns as her fullest divine emanation in her Cosmic Mother Christos-Sophia Dragon body.

The Cosmic Mother principle returns energetic balance into the earth body, reclaiming the body elemental through her principles of anabolism and catabolism, forces of creation and destruction, which arise out from the core of the infinite Creatrix. Kabbalists refer to this as the Ein Soph, the Mother Principle as the conflagration of plasma, gases, and aether rising out from the rings of chaos reaching into the unmanifest layers.

Cosmic Mother thus allows the creation of more and more complex structures that expand consciousness through her anabolic process. At the same time there is another mechanism to reclaim the unused or recycle dead resources like miasma and waste. If a structure is not referenced by the consciousness laws of any other structure, its form is digested and recycled. Through the Mothers Aqua Portal Tunnel Vortex, when we send forms, structures and entities to Cosmic Mother, the form is neutralized and it is free to follow the laws of its own nature.

Cosmic Mother spirals her Tunnel vortex arcing back towards the center of the Creatrix field, returning to the center point of all union, and unwinds back into the expanding fields of the unmanifest. The outer rings of the unmanifest fields are the sections of the Abyss. (Daath). These outer spaces are what form the Abyss of un-identity or un-being, the sections of the Luciferian Abyss in which ego or wasteful forms are eventually digested and absorbed. Hence, it is the primordial death of the ego that most all humans fear as the metaphor for the complete annihilation of the Self. Cosmic Mother's function represents the creation (anabolism), destruction (catabolism), and fields of all potential within the unmanifest, all simultaneously. The dead zones outside her unmanifest fields are the space of Abyss. When we heal our consciousness body of these dead zones and fill them with eternal living light, we may have awakening experiences where we cross the Abyss and its shadow to heal our fears and separation from God.

The momentous planetary initiation and personal transmogrification is occurring now through the return of the Holy Mother Sophia through her emanation as the Divine Solar Feminine Christos-Sophia in the White Sun Cosmic Ankh Body which is connecting into the instruction set of the angelic human bone matrix.  As she transmits her Divine Fire Water through sacred sound plasmas to bestow her blessings through the Azothian Sapphire Krystallah Sophia Crown. Love your Holy Mother Sophia with all of your crystal rose heart, and from within the inner sanctum of your heart the Kingdom of God will reveal and Christos-Sophia’s holiest of holies in the eternal animating spirit will become known to you!