Sitting In The Medicine Circle With The Peace Pipe

Dawn Is On The Horizon! 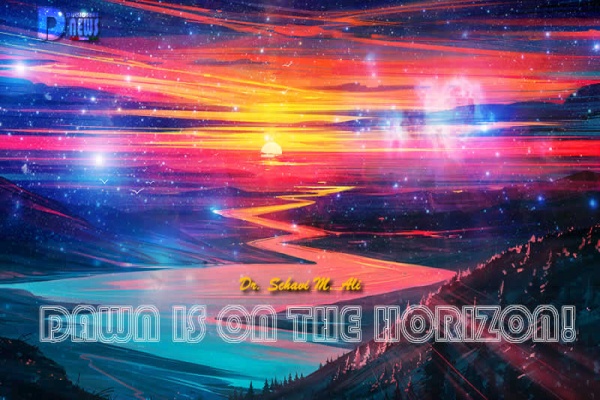 When the silvery light of dawn arises, before the pink and orange early morning sunrise, birds begin to chirp, and there is a peaceful stillness in the atmosphere as creation awakens like the petals of a lotus flower on a sparkling pond stretching out to greet the sunshine.

In the wee hours prior to dawn, however, there is a deep sapphire blue darkness, and many cultures have stated that “It is darkest just before dawn” which indicates that just before a major happening that will be a blessing of some type, there is a seeming loss of faith and a depression that is almost overwhelming.

Then, miraculously, a change occurs—a betterment of a situation that was thought to be of no hope.

Happiness abounds, and there is a realization that prayers, mantra-chanting, and other rituals which connect to SOURCE FREQUENCY do indeed work and aspects of the DIVINE have been in our midst all the while—Avatars, Sages, Prophets, Saints, Archangels, and Ascended Masters.

Thus, we were never in the struggle alone.

This is what is occurring around the world.

A large percentage of the inhabitants of Earth/Gaia are awakening to various realizations about particular issues politically, sociologically, philosophically, etc. which have been chaotic and confusing.

This is like a baby moving into birth position and then a few days later “crowning” while the Mother experiences labor and eventually pushing out into a new incarnation as it cries to sound its arrival.

Humanity is in birth position and will soon “crown” and push out into a new “Now”.

There are, however, many other “births” to occur.

As a baby grows from infancy to toddler to young child to teenager to young adult to senior adult, there are many experiences that are like being born anew as greater knowledge is acquired and used.

Science has proven long ago that when new information is received, new brain cells grow.

Too much of the latter has been done throughout history.

Therefore, there has been a continual darkness—a continuation of the so-called “Dark Ages” which are supposedly long gone.

Any time the majority of a population are controlled and manipulated; this can be called a “Dark Age”.

When the population awakens in sufficient numbers, then “Dawn” reveals its glow.

Think of the game of “Tug of War” (a metaphor which has been provided previously).

Each team on either side of a muddy pond strongly attempts to pull its opponents into the dirty water.

The team that is successful at dumping the other team into the swampy mess is the winner.

Darkness and LIGHT are tugging.

The LIGHT is stronger, and the darkness should never have endeavored to contend with it, but free will allowed it to do so.

When free will is used righteously, there are blessings.

Even innocent people who are unaware of certain truths unwittingly play into the hands of darkness because they have tended to trust those “leaders” who make convincing statements and who promise particular rewards for compliance.

A wise individual does not jump into agreement with a person merely because he or she holds a prestigious position in government, in a corporation, in an educational institution, in a community organization, etc.

Prestige is not necessarily knowledge or truth or spiritual elevation.

It can be just the opposite—ignorance, untruth, and programming.

Everyone who is really desirous of being in and of the LIGHT is responsible for anchoring to the LIGHT by tuning in to “ITS” vibrancy.

Two examples from the most ancient paths of spiritual attunement are SANATANA DHARMA (“Eternal Path”) and BUDDHISM (“Journey to Enlightenment”).

In the first path, SHIVA (“Transformer”) and in the second path SANGYE MENLA (“Medicine Buddha”) represent the vibrational field of consciousness that resides in each individual as his or her Higher Self or Soul—the life force of the DIVINE within each person.

The primary mantra for SHIVA is: “Aum Nama Shivaya” (“Oh, Divine, I bow to the Transformer”).

For the “Medicine Buddha it is: “Tayate Aum Bekanze Bekanze Maha Beckanze Radza Samud Gate Soha” (“I bow to the Supreme Physician who removes illness, the King of Physicians, the Auspicious One”).

Each of these re-sets our elements (earth, air, fire, water, ether) and balances all aspects of the physical, mental, and emotional “selves”.

Therefore, SHIVA was not a person in the human sense, although he is personified for purposes of a metaphirical lesson.

Neither is the “Medicine Buddha” the amazing individual known in human form as “Gautama Buddha” who had formerly been Prince Siddhartha.

He taught about the “Medicine Buddha” and never claimed to be him incarnate.

We can all “transform” into “enlightenment”, and thus, we can all be SHIVA and MEDICINE BUDDHA after sufficient knowledge and elevation of consciousness has been achieved and especially if we endeavor to help others to understand certain spiritual complexities.

Many around the world are reciting the miracle-working mantra “Aum Hari Aum” (“Oh, Divine, please remove pain and suffering”) in order to dissolve density and disharmony and to bring about a harmonious resonance to the higher vibration and the greater LIGHT that our planetary home is being given, and this called “The Mantra Movement”.

Events in the world attest to this.

ENLIGHTENMENT and TRANSFORMATION are symbolic of the DAWN ON THE HORIZON.

We must keep a steady course on the “SEA OF SOURCE FREQUENCY”.

We all have various paths with which we are comfortable, and there are holy books which are teachings of these paths.

We are all on the same journey to further SOURCE LIGHT.

We are arriving in different ways, but we are all on the way.

There is one SOURCE who has many, many aspects.

So, take a deep breath. Smile.

LIGHT is becoming brighter and brighter.

Morning is peaking through the beautiful dawn.

Full daylight is arriving soon and will remain as the LIGHT of the collective HIGHER SELVES of sentient beings.