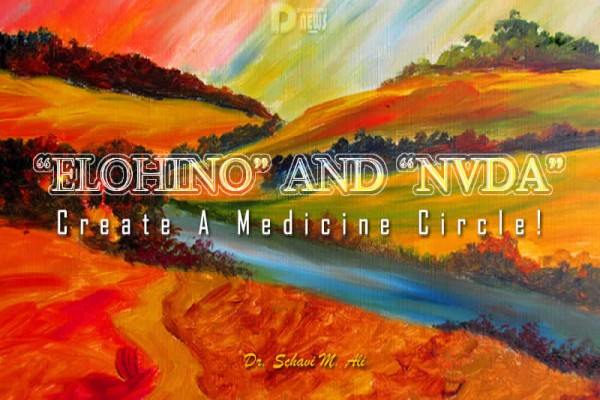 The word “Elohino” is a Cherokee (original name “Tsalagi”) word for “Earth”, and “Nvda” is the Sun.

Early on Wednesday (Eastern Standard Time), October 13th, 2021, our planet’s magnetosphere (the magnetic area surrounding the planet) was blasted by plasma waves (charged electrical particles and gases–coronal mass ejections) coming from the back side of the Sun.

High solar winds create the shape of the magnetosphere which is usually not circular but rather is oval-shaped.

Billowy white cloud-like formations on graphs can be seen pulsating along with red ribbon-like surges as “Elohino”—Earth/Gaia—is activated inside and out with tremendous currents of energy which take approximately three days for humans to become acclimated to physically, mentally, and emotionally.

The back side of the Sun is dark—the side whereby activity cannot be easily detected by instrumentation but is only revealed when it has manifested its “Uwodu” (beauty).

Dynamic pulsations such as magnetosphere plasma build-ups further transform deoxy- ribo-nucleic acid (DNA) which resides in each of our cells which also contain the same the magnetite particles as our planet—thus, this is one of our major connections to it and why we are influenced by its activity: its weather conditions, its vibrational frequency and amplitude, as well as the situations which are orchestrated by human actions in the political or sociological or religious or scientific or philosophical arenas, etc.

Actually, the Sun’s flares, winds, and waves behave almost like an “Equoni” (river) whose powerful waves can wash ashore treasure or debris.

In ancient times, both the Sun and the Moon were considered as being feminine energies because both were viewed as nurturing, healing, and being capable of symbolically “birthing” new realizations in the collective consciousness.

This is a truism in the current earthly timeline and in the entire space/time continuum as greater numbers of humanity connect with their Higher Consciousness which is the guiding force of “Galun Lati” (Great Spirit)—SOURCE.

The “drums” of the cosmos will become louder as our planet is constantly experiencing “re-construction” which involves, among many other things, the finer attunements of “Her” crystals and gemstones hidden deeply within “Her” bosom and the shifting of the tectonic plates—“Her” bones— as well as the pounding rhythms of “Her” heart (amplitude)— and the faster spinning of “Her” molecules (vibrational frequency).

As “She” zooms higher along with “Her” galactic siblings (other planets) and receives potent blasts of LIGHT, so too we can join the “Medicine Circle” and become increasingly multi-dimensional.

As per usual, however, the choice to elevate and to join the “Circle” is a matter of free will. There can be a standing outside of it and wondering what all of the “dancing” and “singing” is about or a joining of it and learning how to access the “language” of Nature and literally speak to the “standing people” (trees), and other “relatives”.

Each human is a part of the collective “two-legs”, and we are the ones who must keep the “Circle” active because this “Circle”, although it is residing on this particular planetary orb, is from the bright stars above and around “Elohino”—Earth/Gaia.

We are not the merely 6000-year-old creations of untrue aspects of biblical information. We are billions of years of age, and this is only in the sense of how mankind calculates time frames. We belong to the time frame of SOURCE which is incalculable.

The entire galaxy and beyond is our home.

We are each “extra-terrestrials”. The word “Hu-man” may be a convenient title but let us explore these phonemes as has been discussed previously.

“Hu” is Medu Neter (“Sacred Speech”) for “communication via making sound”, and “Man” is Sanskrit (“Without Blemish”) for “consciousness”.

Thus, to be “Hu-man” is to have the capability of making sound and of higher thought or processes of mind.

“Sound” and “Mind” are non-local; in other words, they are not subjected to a specific planetary placement.

As we continue to receive the pulsations of the “Medicine Circle”, we must nurture ourselves so that we can properly process and acclimate its powerful messages.

We have elevated to a different timeline frequency—a new course of study.

Breathe deeply of the breath of the “Great Spirit”.

Gaze in wonder at the surrounding aspects and colors of Nature.

Look up at the canopy of the sky.

Listen to the sounds of the ancient buffalo hooves whose poundings as they ran were said to be so strong that the planet literally shook.

Realize that each flare, wind, or wave from the Sun is another cosmic invitation to rise.

As certain humans misuse their free will, be determined to remain anchored to SOURCE FREQUENCY. Be calm.

Use spiritual and natural tools of wellness and consciousness-elevation.

Remember as the Poet Laureate Maya Angelou wrote in one of her poems “AND STILL I RISE!”.