The Art of Division 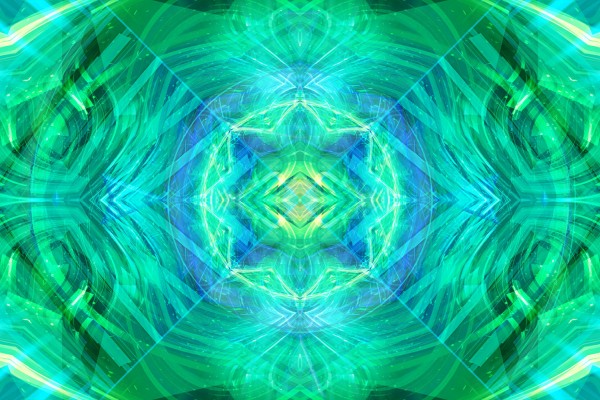 Guardians regained access to the hibernation zone that held the overview of the AI holograms used to project Founder creator code into false timelines, false holograms that used usurped Emerald Order DNA, which was taken during the Thothian hijack that led to the Essene Massacre and Breeding Programs for alien hybridization on Nibiru. These Emerald Tablets held codices for deconstructing all the information recorded in Emerald Sun DNA, specific to planetary staff and permanent seed atom schematics in all of the four planetary rounds making up the Universal Tribal Shield.

Recently the Emerald Order reconnaissance mission had reached a crescendo in obtaining access to quantum supercomputers used to upload Emerald Order DNA code that is then projected into computer servers and transmitted through AI, that which was used to create AI Emerald Order DNA structures throughout the matrix, and that which allowed hijack of the Planetary Staff and the Mother principle Blue Ray.

Guardian teams have recovered a massive amount of hardware, in terms of the Alien Machinery used to power up these AI holograms, that were running artificial Emerald Guardian holograms, and Emerald Order DNA code projections. This was used to attempt overrides on all organic Emerald Order coding, perverting the architecture into Thothian controlled distortions.

As a result of these events, Emerald Order Universal Melchizedeks Rod and Staff structures are being returned to the control of the Christos Founders, as the rebuilt Solar Logos Avatar matrix and Solar Arc systems are being activated and have increased the support for the reconfiguring of the Gold Seraphim Body. Restoration of the Gold Body Seraphim Krystic template is restructuring the human lightbody’s RA Center and Inner Heart Solar Temple. This is a time of reclamation of Solar Kings, the retrieval of Maji Grail Kings we have lost throughout the wars and another stage in reclaiming historical timelines, the organic human history of true genetic origins.

This event has resulted in the reclamation of many important Maji Grail Kings that had been captured and their consciousness trapped in the earth by the NAA that was harvesting sections of their Universal Christos body parts. Cleaning up the Essene Massacre timelines on Nibiru that resulted in the counterfeit production of the Emerald Tablets and Hermeticism used in Satanic Baphomet practices, had kept the Maji Grail King Arthur of Tribe 11 in consciousness stasis. The Maji Grail King of Albion slept. As a result of recent Paliadorian Activation and Emerald Order Halls of Cosmic Records being repaired from the damage incurred from stolen Holographic Disc translations used in AI timelines for erecting the Checkerboard Mutations, recovery of the Universal organic consciousness body of King Arthur has been achieved. This also has mysterious connections that relate directly to the next stage of awakening the Albion land mass and Rose lines. This is a major victory for the Cosmic Christos family for regaining control over grids in the UK. King Arthur is a true Magi Grail King, and is now reclaiming his Pillar of Power, the Universal Rod and Staff. The counterfeit versions and imposters that were using his genetics cannot exist in the same space with his majestic presence now conscious and awake on the earth plane.

With the current activation cycle there are new opportunities for repair and rehabilitation at higher dimensional levels, effecting Universal Melchizedek Lineages. This is also awakening new levels of memory recovery, to identify factions that have historically and are currently working against humanity and the Ascension process. We are looking at who these factions are behind current attempts to hijack collective awakening, as well as the weaknesses they play on. As the veils that hide the NAA agendas are getting thinner, many of us are recollecting more pieces of our true history, while simultaneously activating more aspects of our original blueprints and consciousness coding.

During the intense cycle of ongoing Paliadorian Activations that commenced during the Mid-May electrical peak, there has been a focus on the rehabilitation of the Universal Melchizedek Lineages, and the Emerald Order Guardian reconnaissance mission, involved in the recovery of many of the fallen aspects that were originally corrupted and infected when the Melchizedek factions fell into the black hole and suffered Metatronic Reversals. The Artificial intelligence holograms and dimensional splicing that included the intentional corruption of the azurite shield by Thothian Luciferians, has been extracted from the phantom replicas, and has been expanded into the Holy Father’s Aquafey structure, which allows for re-templating for Universal Diamond Sun coding for Christos-Sophia and for performing Melchizedek family retrievals.

It is important to be aware of the fact that for many years, the Emerald Order Guardians were being replicated in an extensive AI hologram network that was used to trick or subvert Indigos, Starseeds and Christos people from awakening and preventing them from actualizing their Heroic Probability or Christos Mission. Many reconnaissance and repair projects purposed to dismantle these inorganic structures with AI timelines, were found strewn in phantom pockets and Hibernation Zones. Both AI holograms used to project Christos DNA creator code into false timelines and false holograms that used usurped Emerald Order DNA, appeared to be first stolen during the Thothian (TEE) hijack that led to the Essene massacre and breeding programs for Alien Hybridization on Nibiru. These are the stolen records which were in the Emerald Tablets that held the codices for deconstructing all the information recorded in Emerald Sun DNA, specific to Planetary Staff and Permanent Seed Atom schematics in all of the four planetary rounds making up the Universal Tribal Shield.

It has become clear the Paliadorian Dragon Kings and templars are standing behind the Arthurian Grail and all Magi lines for the purposeful restoration of the Benevolent King masculine principle architecture being returned with the Christos Scepter and Maji Crown, and the method we walk through this consciousness doorway is through the consciousness archetype of King Arthur as the manifestation of the Second Coming of Christ on earth. This is the shift to Awakening Albion, which is the Krystic architecture that holds the God Forces and Zero Point that is directed through the Christos Scepter. The scepter is a Lightbody architecture which is what directs the Power of Christ, and how it is manifesting itself in the physical body lending its manifestation template to those of us from this family working the Christos Mission. This feels as if this level of God power had to come to the physical world in so we can withstand the resistance of those who have been utilizing the occult power of Blood Sacrifice and black magic, these energy harvesting stations are losing power, while the Scepter of Power is gradually increasing in power being directed explicitly for the Christos family. The dark forces and people governed by them cannot see, cannot know this architecture, it remains unseen and invisible to them. This seems to bring awareness that at some level there will be a tipping point in which they will be forced to see this, and it is that moment when they meet the creator, the come to Jesus moment, and so it will be interesting to see in the future how that revelation is carried out in the masses. As we are well aware, the narrative sold to the masses is complete utter deception and lies, and so this relates to removing the veil and removing the enchantments of black magic spells in so the masses can see the truth in past and current events.

We have 1495 guests and no members online