Time For Truth To Be Re-Surrected! 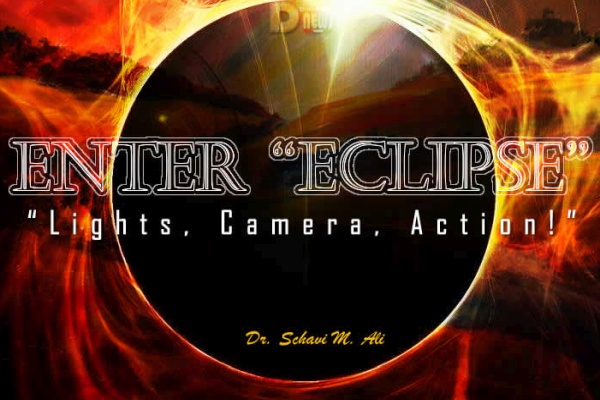 On December 4, 2021, at approximately 2:33 AM and 26 seconds (Eastern Standard Time), a SOLAR ECLIPSE will enter the cosmic auditorium “dressed” in the sign of Sagittarius in the Tropical Zodiac and Scorpio in the Sidereal Zodiac.

On December 4, 2021, at approximately 2:33 AM and 26 seconds (Eastern Standard Time), a SOLAR ECLIPSE will enter the cosmic auditorium “dressed” in the sign of Sagittarius in the Tropical Zodiac and Scorpio in the Sidereal Zodiac.

Metaphysically, however, this particular eclipse represents difficulty getting at the roots of various situations hidden beneath the surface of world events.

However, the intuitive energy of individual and collective Super-Consciousness will reveal the facts which will be found to be accurate when the eclipse leaves the “stage”.

There will be, however, an approximate six-month period of unfolding, of realizations, and of factual truth as the “story” of the “play” is reviewed which leads us into mid-2022.

As we move through October and November of 2021, humanity world-wide will investigate in-depth certain policies and procedures mandated by political leaders, and more people who are directly involved in particular types of scientific, medical, educational, and public policy fields will sound the alarm and blow whistles that will utterly dismantle people’s beliefs causing shocks to some and sighs of relief for others.

Some persons will probably feel foolish to have allowed themselves to be coerced into certain actions, and many will shrink in embarrassment at having been so vehemently accusatory of others who did not believe as they did regarding mainstream media news.

This will possibly lead to world-wide protest marches and also unfortunately to unnecessary violence as feelings reach a boiling point.

As the final weeks of October “plays” its part, and as the month of November arrives “on stage” for its “part” to be played, heightened cosmic frequencies are likely to “shout” and to cause major disruptions in planetary tectonic plates that will then emerge as strong quakes and as volcanic explosions of hot plasma.

Other types of stormy events are likely as well. By the time that the SOLAR ECLIPSE arrives, there will have already been an enormous “marketing” for its “performance”.

Although the SOLAR ECLIPSE is yet a while away, and joyful preparations for the coming holidays will alleviate some modicum of anxiety, knowing that this holiday season will have some frustration attached to it due to the constant chaos in world events, it is absolutely vital to have a daily practice of connections to SOURCE FREQUENCY for peace and safety.

Jupiter and Mercury will both move direct on Monday, October 18th.

This will provide an opportunity to begin to slowly move forward on projects and plans with the understanding that there will be a rather push and pull sensation because Jupiter (expansion) an Saturn (restrictions) are in the same sign–Aquarius (Tropical Zodiac) and Capricorn (Sidereal Zodiac).

Therefore, it will seem like the game “Tug of War” with teams on opposite sides of a rope attempting to cause their opponents to fall into a pool of mud.

So, caution is advised until November 4th when Mercury moves on into Tropical Scorpio and Sidereal Libra thus having completed its post-shadow.

By that time, we will be one month from the SOLAR ECLIPSE, and as stated above, many events will have occurred that will be the “marketing” for it.

Some quality time must be spent in Nature, in enjoyment, in relaxing activities so that the our nervous systems can be calm and capable of handling on-going media news which will reach everyone whether they watch or listen to daily television or radio news or not.

People will be discussing certain major events while they are out taking care of errands or while at work or friends and family members will phone them about what is occurring.

So, even those persons who endeavor to stay away from the news will still be privy to it.

However, sometimes Pisces can have a tendency towards delusion rather than being grounded in reality, and Aquarius can be so involved with a group that it does not pay attention to what is directly in front of it that needs personal attention.

So, everyone must be careful to be both grounded in reality while at the same time working towards elevation in consciousness to what is possible to achieve individually and collectively.

The year of 2021 and the past year of 2020 have been filled with mental anguish and emotional turmoil.

There has been a need to constantly keep faith in SOURCE LIGHT. This need is still “on stage”.

While planetary events are “reciting” their parts and while cosmic events are taking their “ques” from the collective consciousness, SOURCE LIGHT is continually re-making and bringing on-line new DNA helixes and tuning-up magnetite crystallizations and giving us new cellular records.

We are still being made new regardless of the constant bickering and debating and impulsivity and poor choices being made by so many in the human population.

Those persons who choose to continue to be involved in the confusion will be allowed to sink their ships if they choose.

Those who instead choose to anchor to SOURCE will ride upon smooth waters and will only witness the “play” of earthly events.

As a Kabbalistic teaching says which has been previously mentioned: “For those who seek to pollute themselves, an opening will be made; for those who seek righteousness, they will be aided.”