Can One Create A New Reality On A New Timeline? 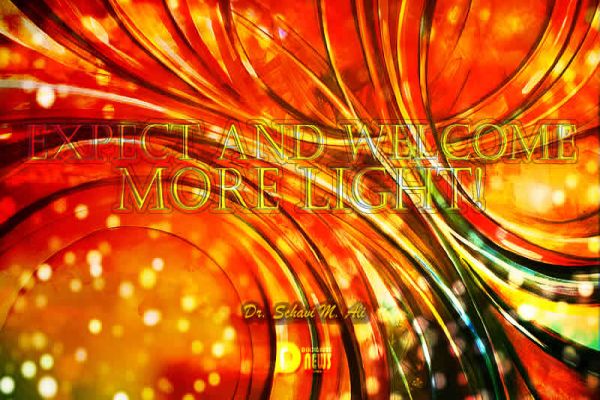 SOURCE is so loving and merciful that whenever circumstances become extraordinarily intense and chaotic upon our planet, an increased intensity of LIGHT is sent for clearing and cleansing of vile situations that are almost beyond being merely disharmonious.

In any era of “Kali Yuga” (Sanskrit for “Age of Chaos”), of which there have been many throughout the space/time continuum, warfare is one of its manifestations.

Nations war with other nations for many reasons: to obtain another nation’s resources, to subjugate the population for particular purposes, to advance a differing philosophy and cultural pattern, to join allies in their fight with another nation because of earlier contractual agreements, because of jealousy over what some other nation has achieved, or to show some sort of egotistical controlling power.

Sometimes all of the foregoing has been the case.

The result is oppression, hatred, enslavement, and control throughout many ages, centuries, and decades.

A further result is that people make judgements and find fault with others all because they and the ancestors before them have been programmed to do so.

Yet, instead of erasing creation from the planet, SOURCE causes vibrational frequencies of LIGHT to enter the area of the cosmos in need of a “consciousness transfer”—an adjustment to the mind’s processes.

This is not speaking of the organ known as the “brain” which is a storehouse of images.

The mind, which is consciousness, is non-local.

It is outside of the physical vessel and can, therefore, soar far beyond the placement of an individual or a nation or a galaxy or a universe.

This has been discussed by many scholarly people over many ages—Sages, Mystics, Philosophers, etc.—, but the majority of humanity seems to have chosen to ignore it due to disinterest or due to the lack of the cognitive function required to understand the teaching.

LIGHT is now keeping humanity “after school” as if to say: “YOU WILL GET THIS LESSON!”

As our planet, Earth/Gaia, faces yet another war, more economic challenges, more sociological dysfunction, and further downturns in all that comprises a civilization, those persons endeavoring to remain in the LIGHT must release any tendencies towards becoming involved in the fray of chaos.

Of course, we cannot ignore what is occurring, but like the center of a hurricane where it is peaceful, we must remain centered in the spiritual consciousness which will enlighten and protect us.

During this time frame when so much dissonance is being sounded in the human populace, recite the following so that peace can abound in your life and so that you can participate in peace coming to our planet.

It is yet another offering of the many which have been given thus far.

I suggest writing it out and carrying it daily as a method of connection to the SOURCE LIGHT LINE.

After reciting this declaration, close your eyes, and envision a laser beam of LIGHT thrusting out from your third eye and enveloping our planet.

Proceed to then pray or to meditate according to your particular path.

This declaration can also be recited without conducting any further rituals if you are, for example, at your desk at work or sitting in traffic or in some other situation where formal rituals cannot be done at that time.

It can, however, always be retrieved and quickly recited at any time.

If you are going to carry it daily, you may want to laminate it for protection as you carry it in your wallet, purse, or tote bag.

Source Divine,
Let Thy Light Be Mine.
Keep Me Anchored To Thy Ship Of Peace,
And All Disharmony Please Release.
My Auric Field Is Now Ablaze,
And Light Around Me I Do Now Raise.
Sacred Praises To The “All”
Who Always Comes When I Call.
My Ship Is On Course;
Its Captain Is Sacred Source.
I Am Happy, Healthy, Wealthy, And Wise.
I Say To Collective Consciousness: “Arise!”
We Are All One In The Creator’s Eyes.
I Move Forward In This “Now”,
And To Sacred Source I Bow.

As our magnetosphere surges with solar particles coming from the Great Central Sun to the Sun of our galaxy and then to our planet, and as these particles become increasingly potent each day, it is imperative that we engage in Spiritual Science study and application of our studies if we are going to seriously participate in the elevation of our planet and galaxy.

Whatever our individual paths may be, if they are leading us to the Divine realms, we are all moving in the same direction.

One of my favorite ancient proverbs for this concept is: “There are many paths up the mountain, and when we get to the top, we all see the same Moon”.

Let us agree to keep climbing to the top where we all can meet.