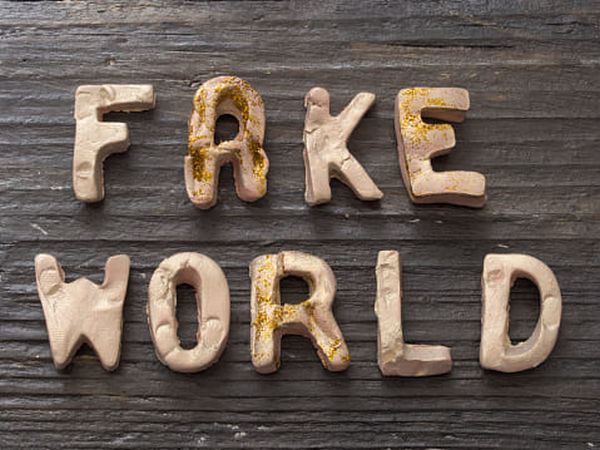 Pretty much everything in our reality is fake. Our world is filled with an extraordinary amount of lies, deception, fakery, disinformation, misinformation, façades, and an incredible amount of brainwashing. But when you awaken you can use this awareness as a tool to raise your consciousness meaning it opens everything up.

For most it’s an intense feeling of freedom and liberation and for some it’s very depressing. The idea that virtually everything is fake can be quite empowering. Many of you deep down knew this and this is where the liberation comes from. It’s kind of like everything was validated and you don’t really know exactly what it all means.

Fake News is a major deceptive tool these psychopaths use to fool us. The fake news media waters down everything in our reality to distract us from what’s really going on. There’s nothing balanced, fair, or impartial about MSM. In the United States, Australia and other western nations MSM is owned and run by a group of corporations with an agenda of their own.

The mainstream media is fabricating news for propaganda reasons perpetuated by fake journalists with no personal integrity whatsoever. They’re nothing but paid parrots repeating their party’s line that’s all.

The Hollywood culture and its views are infused with Satanism, and we can see that becoming more apparent every day. Prostitution and pedophilia runs rampant in Hollywood and as sickening as it sounds that’s how you make it in Hollywood meaning you sell your soul. The culture surrounding the entertainment industry is about as shallow as it gets.

Corporate advertising is all fake and it’s agenda is to persuade you. This is all virtual mind control by slick corporate advertisers with zero morals. They use marketing as weaponized psychology. Big Pharma is a major pusher of weaponized psychology in its advertisements using happily retired couples, smiling babies etc. all to push their poison.

Fake medicine and it’s smorgasbord of drugs, chemotherapy, radiation, vaccines, mind altering psychotropics, etc. Also, the fact that an unvaccinated child can infect a vaccinated child defies all logic. Vaccines are a tool used in the depopulation agenda said by Bill Gates and many Elites. Vaccines are an example of extreme fakery in today’s fake world.

Fake food in today’s world has become so processed and so much of what we eat is not being grown from the Earth rather it’s being engineered in factories. Remember, true human immunity derives from lifestyle and diet. Much of what people eat is nothing but a synthetic reproduction marketed as nutrition. Some of this genetically modified food is so processed it barely has as much nutrition as a piece of cardboard.

GMO’s are so far from real food and it’s main purpose besides infertility and cancers is to genetically alter your DNA blueprint. Basically, GMO food is engineered to bypass digestion and go directly to the bloodstream. Meaning, you get no nutrition from this food and all the toxic chemicals like glyphosate goes directly to your blood which is exactly its purpose. Not good!

Fake water is another major fakery in our world. Most of the water that we drink is “dead water” diluted with chlorine and fluoride etc. It might be doing just enough to keep us alive but not thrive. Remember, we are water and real water is flowing and alive and carries memory and past information. Water absorbs what you’re thinking and feeling and changes its structure accordingly. Many people are getting sick and diseased by drinking synthetic water. What ever we do to our water, we are doing to ourselves.

Money is a major tool in keeping humanity in control and you all are very aware of this deceptive tactic. Our money holds no intrinsic value so no more needs to be said on this subject.

The fake state of Israel. Israel loves to talk about it’s right to defend itself but when has Israel ever been under attack apart from their own imagination. Perhaps they are worried about a few rocks and sticks thrown by Palestinians at their billion-dollar defense system.

Fake education is not about educating the human mind it’s about indoctrination. They are educating the human race to be obedient workers, not thinkers. The education system’s only purpose is to dumb down the human being enough to eliminate a future threat. Think about it...they are not going to educate a population that could some day take them out.

Fake religion is all about inserting fake dogma, theology and beliefs into one’s mind to control. Basically, what the Church is doing is charging you a fee for a “divine translation” that pushes their agenda. Religion has ultimately been given to us to deceive us. The core of every major religion on this planet is Satanism and this will be a huge red pill that many will not be able to handle

© 2022 crystalwind.ca. All rights reserved. We track all IP addresses. Using a VPN will now also get tracked to original source IP.</p

We have 1127 guests and no members online