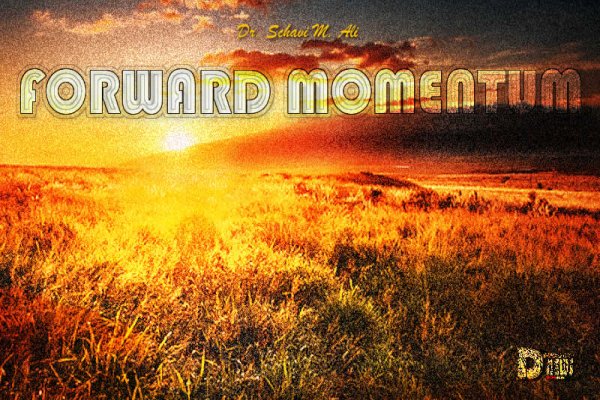 The New Moon of October 2021 arrived, and powerfully transforming Pluto is moving direct.

Like a pot of water on a stove, worldly issues will heat-up as certain mandates are declared and as political, sociological, and economical challenges escalate.

At the same time, however, increasing numbers of humanity will question, analyze, debate, and make firm decisions regarding how they will handle the chaotic circumstances.

Some will follow the established protocols, but many will allow their Higher Selves to be the guiding LIGHTS of their lives, and it is this group that will be blessed with protection, courage, health, love, and abundance regardless of what conditions may “look like” from the “3d” perspective.

There will seem to be sudden miraculous occurrences that will dismiss any worried thoughts and anxious emotions.

The often quoted scriptural verse “Be still and know that I am God” is symbolic of new beginnings in the “Now”.

Sometimes it may seem as if discordant forces are winning, but SOURCE is allowing this perception so that when the disharmony is annihilated, there will be a definite “knowing” of what has eradicated the dysfunctional creations of those of lower consciousness because collective humanity throughout the ages has often only appreciated the LIGHT when it has experienced darkness.

When planetary movements are discussed, it is not a proclamation that these cosmic orbs are to be worshiped and consulted as if they are demi-gods.

Worship is for SOURCE alone.

However, “The heavens declare the glory of God; day after day, they pour forth speech, and night after night, they display knowledge” (HOLY BIBLE).

Our ancestors came to the front of the “classroom” and worked on the “blackboard of space” for thousands of years and learned the secrets of the “cosmic equations”.

They have handed the “chalk” over to us to continue the studies while they “tutor” us as pure spirits and souls of LIGHT.

An example of an amazing planetary message is that it has been taught via ancient records recovered in what is known as the “Dead Sea Scrolls” that a great world Teacher and Savior is usually born when Jupiter and Saturn are in the spiritually-elevating sign of Pisces in the cosmos.

Supposedly, this was the case when Yeshua Ha Messiah was born in August of 7 B.C.E. during the usage of the Julian calendar long before the Gregorian calendar came into vogue.

This information was discovered in the “Dead Sea Scrolls” which are comprised of many long leather manuscripts contained in several bottles found in a cave in Qumran in 1947 by a boy tending sheep.

He told a Rabbi about them, and a team of studious researchers took them from the cave and began to translate them from their original Amharic and Aramaic.

They are still being studied in current times, and it has been reported that a team of Kabbalists regularly meet in a back room in a library in Israel to continue the analysis of the scrolls which contain various historical, scientific, and metaphysical accounts.

Jupiter will move into Pisces on December 29th of 2021.

Saturn will not move into Pisces until March 8th of 2023.

By that time, Jupiter will have reached Aries as of December 21st of 2022 (it has a one-year transit in a sign), and Saturn will still be in Aquarius.

Therefore, there will be no conjunction by sign of these two planets. They will, however, conjunct in certain signs throughout the coming decades.

However, to await another incarnation of these greats is to miss what they taught in their previous visits to the planet.

Also, we must realize that it has been taught throughout the ages that when a person has reached the highest achievements in a given life stream, if he or she was an Avatar or Ascended Master, there is no need for physical reincarnation.

They continue their work from an ethereal realm far beyond the “seen”, from the ultimate “Paradise”.

Yeshua Ha Messiah gave the comforting message that “I am with you always.”

Thus, such greats can be contacted, but they need not be in physical form.

The Yogi Paramahansa Yogananda once stated that when he was no longer in a physical vessel, his teachings would be the “Guru”.

In the “New Now” that is ever unfolding, we must pray deeply, meditate profoundly, and study diligently.

This is the momentum that will elevate us and move us forward into a heightened spiral of space/time where we will enjoy the delights promised by the world’s scriptures—for truth travels through all of them regardless of the cultural patterns and bogus historical accounts and forced rules and regulations of those who sought and still do seek to control the mental faculties and behaviors of the human collective. LIGHT cannot be extinguished.

While we are yet in the midst of chaos on Earth/Gaia, we are also in the midst of angelic presences who are guiding, protecting, and healing those who sincerely seek their aid.

We are also in the midst of Avatars, Sages, Prophets, Saints, and Ascended Masters. There is merely a hiding of veils.

The veils, however, are becoming thinner.

Thus, SOURCE is where we are at any moment—“IT” is our Higher Self—our very Soul.

In like manner, therefore, everything and everyone of good that SOURCE has created is exactly where we are in the “Now”, and SOURCE can only create what is good because one of the aspects of SOURCE translated from ancient Medu Neter as well as Sanskrit is “UNALTERABLE GOODNESS”.

So, as we continue to witness the confusion of the current world, and as LIGHT further cleanses the density and toxicity, and as we experience the activations of the cleansings—the pulsating LIGHT—let us move forward in love and peace and thus elevate upwards in enlightenment and anchor our consciousness to the ULTIMATE DIVINE FREQUENCY whose vibratory energetics are within us with the potential (laying dormant in some) to soar from carbon to crystalline brightness.

Regardless of our individual paths, let us remember that we are all of one SOURCE.

As one of William Shakespeare’s literary works states: “A Rose by any other name would smell as sweet.”

We have 844 guests and no members online