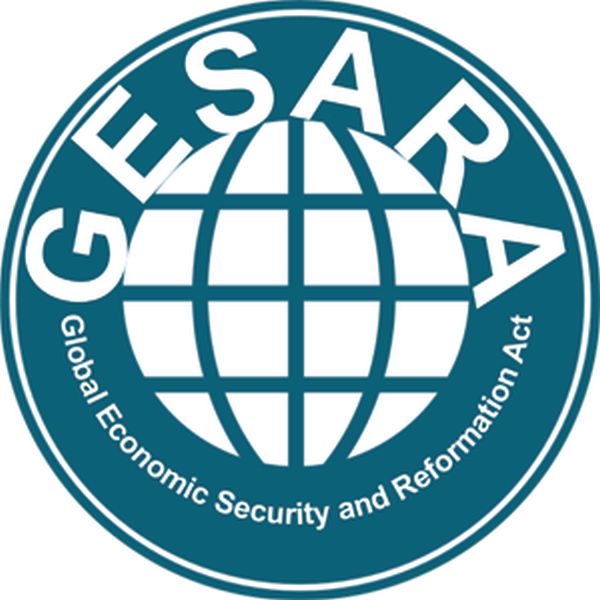 After the now existing debt-based financial system, soon to be finally defunct, the quantum hosted exchange system QFS, will come online. The general public will be informed when this happens, with the global implementation of GESARA/NESARA.

GESARA stands for Global Economic Security and Reform Act, signed by all 209 sovereign nations of the world, and is the most ground-breaking reform law for planet Earth.

The GESARA prosperity programme is based on value funds such as the Saint Germaine World Trust Fund. Sanctus Germanus (St. Germaine), is the inspirer and promoter of innovations, including computers and the Internet. This fund contains deliverable precious metals and currencies worth over a quattuordecillion US dollars. The word quattuordecillion is sometimes spelled quatrodecillion. That means 1040, or $1 with forty zeros. The Saint Germaine World Trust funds are in addition to, and separate from, the World Global Settlements Funds and the Global Collateral Accounts.

When people are only concerned with their survival needs, giving spiritual messages will not bring them the reforms they need, to get out of their misery.

The provisions of GESARA are monumental in scope, embodying sweeping reforms for planet Earth that will begin as soon as the legislation is officially promulgated. When people become aware of these reforms, they will be motivated to participate according to their own abilities.

No other change can manifest itself in the economically trapped nations of today until the fraudulent debt owed to the Central Banks and all other banking institutions is defaulted upon and eliminated. All banks operating this fraudulent system will be vetted and all stolen assets taken back to be returned to the people. Peoples have been entangled in false wars and debts throughout history.

It is important to know that the termination of all Central Banks will not cause the currency, bond or stock markets to crash. These three are currently controlled by the Exchange Stabilisation Fund through back-door trading by the ESF and the US Treasury. It has now become clear that the ESF controls all these now “free” markets.

The cabal has been successful so far in forcing delays in the proposed change by many means, such as the assassination of influential people who were in favour of the immediate enactment of the GESARA and QFS provisions, as well as many others who are actively working towards this goal; death threats to the families of Lightworkers and workers themselves; double agents within the ranks of Lightworkers; and terrorist attacks.

The assassination of President JF Kennedy in 1963 was an insider terrorist act, as was the destruction on September 11, 2001 of three World Trade Centre towers in New York. The gold to cover new QFS coins, had been stored in the basements of the WTC towers and was stolen by the cabal at the time. Building 7 was the centre of operations for 9/11 and was destroyed after the operation was completed.

No one knows how many thousands of tonnes of stolen war gold the CIA, more precisely George H. W. Bush ‘s Barrick Gold Corporation, has amassed, but it is enough to tip the balance of world gold ownership towards America. This gold will eradicate globalism from the present monetary system, which is controlled by the same shareholders who own the majority of shares in the top defence companies, and all the big multinationals – all of whom are globalist bankers who lend money, and sell arms, to the same enemies they pretend to be fighting.

This scheme does away with Central Banking, the Federal Reserve Bank, the IRS and USA, Inc. all tax offices, owned by the Deep State i.e. the Khazarian Shadow Government, plus so much more. – When publicly proclaimed, GESARA will introduce the following changes:

This new era is ushered in by an infusion of great abundance. This prosperity is largely due to the perseverance of our extraterrestrial allies and their brilliant strategies through the Ascension Masters. They have been able to bring a new financial and monetary plan to our planet, the goal of which is great abundance for everyone at the right time.

Watch this 10-minute video and understand what is about to happen. It is a new era of light and rejection of evil. The EBS system will soon become operational.

You are invited to become a member of the FWC, click this LINK
Stay informed and subscribe for free, with no hidden commercial interest, it is at our cost that you will be kept informed.

Source: Final Wakeup Call | By Peter B. Meyer
Vital is a cultured man. He speak sPortuguese, Italian, Spanish, Veneto dialect and is studying English and French. He knows a lot about History and Geography. He is always up to date and follows everything that happens in the world. He doesnt't like parties. A man who believes in love. Who believes that life is only worthwhile when shared. A man who claims that the woman is the reason for everything, as she is the generative source of life. It all depends on how we conduct our actions. But most of all, we need to fulfill our mission in this lifetime. Find the path of Light, which will lead us to our ascension.