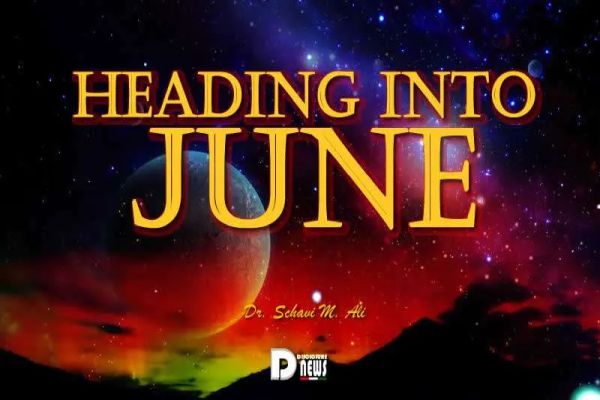 The “Summer Solstice” in the Northern Hemisphere is on Tuesday, June 21, 2022, at approximately 5:14 AM (Eastern Daylight Time).

It is the longest day of the year because our planet is at a point in “Her” orbit whereby the North Pole is at its maximum tilt towards the Sun which results in more hours of bright sunlight as it reaches its zenith or high point.

In the Southern Hemisphere, June 21st marks the beginning of the winter season.

The term “solstice” is from the Latin word “solstitium” which is defined as “Stopped Sun” because the Sun does not rise and set at the same places on the horizon each morning and evening.

The Sun’s rising and setting is based upon how Earth/Gaia travels around it during the year—in an elliptical fashion rather than circular.

The “Summer Solstice” is important because the Sun reaches its northernmost point in the sky at this time, and for a brief period, the Sun’s path does not seem to change. After the solstice, the Sun seems to reverse its course and heads back in the opposite direction.

Solar events such as mid to high-powered flares (in the upper “C-Class” and “M-Class” and most powerful “X-Class” levels ), strong solar winds (mostly above 500 km/s), coronal mass ejections (CMEs—plasma filaments), co-rotating interaction regions (where fast, medium, and slow winds mingle and create shock waves), dense particle plasma pushing into our planet’s magnetosphere, and more—will all continue as LIGHT increases its surge and activates the vibrational frequency and amplitude of Earth/Gaia.

Neutron counts are rated as being “Elevated”, and the “Schumann Resonance” (“Power” of vibrational frequency and amplitude is currently “45” with a “black-out” also indicated as of 09:30 Universal Time.

Weather events in May have been strange in many places.

For example, temperatures in the Mid-Western USA have been in the upper 80s and early 90s which are usually experienced in late July and August.

Meteorologists have reported that such high temperatures this May have set records because they have not existed since the mid 1860s!

Around the world there have been major earthquakes (above 6.0), intense storms, tornadoes, and floods.

Energetics from the Great Central Sun (of which our planet is completing a major cycle of 208 million years, and this cycle moves in a counter-clockwise motion during which time our planet experiences thousands of years of darkness [famine, pestilence, war, etc.]and then thousands of years of LIGHT [peace, love, joy, health, abundance, etc.]), the Photon Belt (a band of intense LIGHT), the black hole “Sagittarius A” (at the center of our galaxy—the “Milky Way”), and our solar orb itself have and will continue to produce potent energy currents as June unfolds.

“Sagittarius A” is a very interesting study.

Black holes are usually created by “super-nova’s” or stellar explosions.

They act like vacuum cleaners which can suck-up anything that approaches it.

However, “Sagittarius A”, instead of being a “vacuum cleaner”, is bursting daily with bright LIGHT sending pulsations throughout our solar system and galaxy—stretching forth like a “cosmic lotus blossom” whose roots are deeply planted in darkness.

The metaphor of a “lotus” is used here because the roots of this flower are deeply entrenched beneath the dark muddy waters of our planet’s various ponds, and its beautiful petals stretch forth up on the waters as the Sun beams down each morning.

Spiritually, it represents how humans can arise to high levels of consciousness as LIGHT—HIGHER KNOWLEDGE—is gained.

“Sagittarius A” can be analyzed in this same fashion.

Its bursting LIGHT perhaps is a message to us of opportunities for greater awareness as other forms of incoming LIGHT also join in the “Divine Symphony of LIGHT”.

The zodiac sign of “Sagittarius” is governed by the planet Jupiter (known as “Guru” in Sanskrit which translates as “Bringer of LIGHT from darkness”). Jupiter represents EXPANSION, HIGHER KNOWLEDGE, JUSTICE, and BENEFICENCE.

These characteristics increase with its greater degrees. Let us go deeper.

There are a total of 30 degrees between signs. The more degrees in a sign, the stronger the characteristics of that sign tend to be. Our galaxy’s center sits at 28 degrees of “Sagittarius A”.

This symbolically indicates an enormous amount of potential for powerful LIGHT.

During the first observances of “Sagittarius A”, it seemed to produce only one bright flaring energy about every ten days. However, in recent decades, this has increased to one each day!

Interestingly, this increase occurred soon after a mysterious object approached “Sagittarius A” which was named “G-2”.

What the object was is still either unknown or has been kept secret.

The Sanskrit word “Sativa” is the continual expansion of galactic cosmic rays that are generated within the center of every galaxy.

The ancient scriptures teach that these rays carry DIVINE CONSCIOUSNESS that work to heal physical forms and plant life and for expanding consciousness.

Here is a verse from the ancient RIG VEDA which has been discussed previously and which is important to repeat due to the high-powered cosmic forces working in this “Now”: “Prevailing over everything, plasma clouds are, although silent to our human ears, violent roaring shriek sound—sound that permeates the offspring or forms created in the heliosphere and beyond.”

Could it be that the ringing and singing bowl-like sounds that many all over our planet are hearing in their ears be the sounds coming from “Sagittarius A”?

Are these the sounds, the “shrieks”, of the birth of a “New Golden Age”?

Were these same sounds heard many hundreds of thousands of years ago in previous “Golden Ages” as announcements, as a heralding?

Our planet is steadily ascending to a higher place in the cosmos drawing information from many sources as indicated above: solar flares, solar winds, CMEs, etc.

A source that we should perhaps pay more attention to is “Sagittarius A”.

It is clear that collective humanity must increase its understanding of the errors of the past and work towards a consciousness-correction.

Many are beginning to realize this.

Many more will certainly begin to elevate as LIGHT streams in with tremendous energy which is life force.

June will offer further invitations or opportunities to advance in consciousness to the super-consciousness of the HIGHER SELF/SOUL./SOURCE.

There will be stronger solar events and also many aspects of human folly in the political arena, the educational system, the traditional medical establishment, sociological programs, etc. that will arise for review, analysis, and transformation.

There will continue to be people who are attempting to hold onto old ways of being, old programs of control, and there will be those people who will refuse to be manipulated any longer for they will have elevated to many truths that they had earlier refused to believe.

Humanity is at a major choice point. SOURCE will not stop sending LIGHT.

Humanity can come to know that the LIGHT is from the IMPERISHABLE ONE (SOURCE) and choose to align with it or not.

The choice to align with it will balance all of the “chakras” (“wheels of LIGHT”) of the planet as well as of ourselves.

The ancient teaching of “KNOW THYSELF” will be realized to be the connection to the super-consciousness of the HIGHER SELF/SOUL/SOURCE which “man-kind” has been negating in so many ways.

The term “man” is from the Sanskrit word “manas” which translates as “mind” or “consciousness”. The term “kind” is “type”.

Thus, “man-kind” is to have a “type of mind”—a “level of consciousness”. It is not to be “male” or “female” in the biological sense.

June’s solar energies and other cosmic forces will be a profound phase of our space/time continuum in which to make very vital choices. It is like reaching a mid-point where a decision has to be made about further actions throughout this year and beyond.

It is a time to study more intently, to meditate more often, and to pray more diligently for guidance.

It is also a time, of course, to enjoy happy occasions with family and friends and to perhaps engage in discussions of a HIGHER sort if such discussions will not cause discord.

A suggestion is to keep a special journal during the month of June in which concepts and ideas are written regarding what arises based upon situations which occur in our world individually and collectively and to record the mystical experiences that may occur in meditation and prayer.

Be creative by making a colorful journal instead of purchasing a simple notebook. Encourage children to also keep a journal.

There can be periodic family discussions on what is written about in the journals which can be springboards for further knowledge acquisition.

Let us head into June with HOPE, FAITH, LOVE, and JOY. Let us continue to employ spiritual and natural modalities for our wellness on all levels.

Make the often-stated phrase of being a “light of the LIGHT” true and not just a mere cute saying.

Make June the month of GREATER SOUND AND LIGHT TRANSMISSION.

We will be assisted in this by the cosmic forces.

We have 1454 guests and no members online