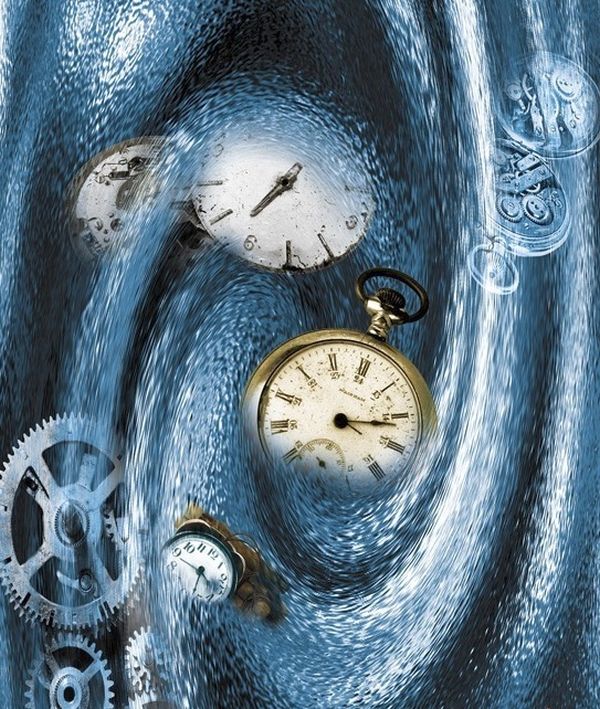 Time continues to pass, and you have noticed it dissolve more quickly in the midst of your daily commitments.

This has happened because of the intense activity of the Arcturians, who are reshaping this reality as it manifests, “de-densifying” every particle of matter.

As this work progresses, time as you perceive it dissolves more quickly, leaving you to repeat, over and over again, that “you used to be able to do more things in an hour than you can now”.

This is the result of this work that is unifying the Earth in the eternal NOW.

Naturally, your consciousnesses will merge with this NOW and you will perceive everything around you with more clarity and love.

It has been eons of time immersed in density, and now, little by little, you enter what we call the New Era.

Changes are still ongoing and, as much as it may not seem like it, you have realized that, indeed, something is not what it was before.

Do you see how you now have greater discernment about the information that is given to you?

Do you realize that it is no longer so easy to deceive you with distorted information and deception?

This is because you are entering another field of vibration and this fusion allows your intuition and discernment to be more heightened.

On the other hand, those who continue to try to keep their masks and pretend to be what they are not, dig through “their chests of ideas” to try to continue with their game of manipulation and total lack of love for the human race as a whole.

But as they come across you in your new states of self-discernment, they are forced to step back many times and again and again in an attempt to find new ways for your narratives to be accepted.

You can see that here we are facing the “separation of the wheat from the chaff”, as you will not be able to continue mixing, as the Light enters, and the veils are lifted.

Each one will show himself for what he really is, and there will be no more hiding behind a false character.

In the midst of the environments of Workers and Warriors of Light, you will continue to see this domino effect.

There is still infiltration and people acting in “sheep’s skin”, puppets that try to impersonate us, or as transmitters of our messages, inducing and trying to create confusion in the minds of other incarnate souls who arrive now, in search of information and direction.

It is important to emphasize that people who allow themselves to act in this way, allowing themselves to be led by their greed, vanity and thirst for power will have to bear such actions in the great court of conscience.

Inducing people to get confused has a very high price to pay when you are on the cusp of a great upswing.

We at the Galactic Federation have to continually warn you about these people who are still lost in themselves and looking for the spotlight to feel loved.

Don’t confuse them or get in the way of the great work being done.

There is a lot of healing to take place and all the dirt is coming under the rug for everyone to be completely cleansed.

In all ways, especially in the community of Lightworkers and Warriors of Light as well as in the various regions spread across your world, there is something to be adjusted and healed, and as time dissolves into the ETERNAL NOW, the processes of karma are accelerated so that, quickly, you detach yourselves from the old patterns.

For many of you this has been too painful, for as the Light enters, what was in the unconscious begins to be seen more clearly.

Keep in mind that, as painful as it may be, it is necessary to revisit/revise your past, so that you can put the “dots in your I’s” definitively and complete your karma healing journeys.

Many of you have been looking for answers to the intense upheavals that are taking place within you as you become aware of what was hidden deep within your being.

And have no doubt that genuine help is being delivered, and your guardian angels have protected you from some details that may hinder you in these purification processes.

We can say that “it is natural” that there are still negative forces that will try to lead them against misinformation, so that they feel even more lost.

But, as we have said, those who have tried to confuse them now find themselves in ambush as they are being abandoned by the ones they trusted most and will have no choice but to surrender to the Forces of Light.

In the midst of so much going on, we are also happy to know that more of you have been looking for us, not only in your skies, but in your hearts.

Our approach has been gradual, as the less awake, somehow, feel a warmth in their hearts, which has made them look for “something more” beyond their simple daily tasks.

And, as much as many of them still do not have their minds expanded to the fact that you are not alone and little ones in the universe, at least recognize that there is SOMETHING GREATER that governs this whole orchestra of life quivering on Earth (and obviously in the entire galaxy).

These souls have been awakening more each day and this naturally increases the frequency of the planet and makes it possible for us to come even closer.

We also have to let you know that as all the adjustments take place, more souls will leave your Earth lives so that others can “take their places”.

Fear not when we speak thus, for there is much more than your minds can now comprehend.

While many of you are excited when it comes to “leaving Earth”, others are excited, at a soul level, at the prospect of reuniting with your family members on the other side of the veil.

Dear Ones, there is an upgrade of all souls on Earth, as well as a migration and remigration, which is the result of the entire ascension process underway.

Naturally, more mentally and spiritually evolved souls have arrived on the planet to give their share of help, while others follow their journeys in other spheres.

It is important that you appreciate every second on Earth, refraining from focusing on non-positive things.

Many when they leave the planet in a way that is often premature, due to neglecting the need for greater care for themselves, regret having lost such an opportunity to collaborate so directly from within the experience.

So, have love for yourself, take care of yourself, appreciate and live every second looking for the good, so that you feel with your duty fulfilled, when you are called to meet us again, here on the other side of the veil.

I am SaLuSa from Sirius, and once again – as spokesperson for the Galactic Federation – I see a great light surrounding the Earth and sweeping away any remaining shadow that remains.

We are also happy to see that communications with us have increased, thanks to the growing love that amplifies the capture signal of our messages, in a genuine way.

*Hatonn has taken it upon himself, in recent times, to put a special code on those who try to impersonate us or those who claim to convey our messages.

He did this so that, at the pineal level, people, when they come across you, receive the signal sent by the Hatonn code and simply feel that “something is wrong” and do not give credibility.

As there is a lot of information circulating, Hatonn was allowed to act more intensely and is fulfilling his great role well.

At this moment, I, SaLuSa, aboard our great mothership stationed over Brazil, convey this message in love and thank you for all the attention given to us at this moment.

*Hatonn is one of the commanders of the Earth Transition project; the Pleiades Flight Command Sector; the Ashtar Fleet of the Intergalactic Federation; of the Intergalactic Federation; Earth Representative on the Cosmic Council and Intergalactic Federation Council on Earth Transition. A nine-foot tall being who oversees intergalactic affairs, he is well known throughout the Universe and has one of the most advanced computer systems in this Universe. Hatonn updates available information in real time about what is happening on Planet Earth. He provides humanity with the Truth so that we can free ourselves and rise to Universal Light and Love. Any information that is sent to Earth by the Galactic Federation is analyzed and supervised by Hatonn, responsible for direct communications to Earth. He is a kind of Director of Communications, responsible for one of the largest quantum/akashic computers in the Galaxy.

We have 977 guests and no members online