Humanity Was A Joint Creation - Freedom For Humanity

Humanity Was A Joint Creation - Freedom For Humanity 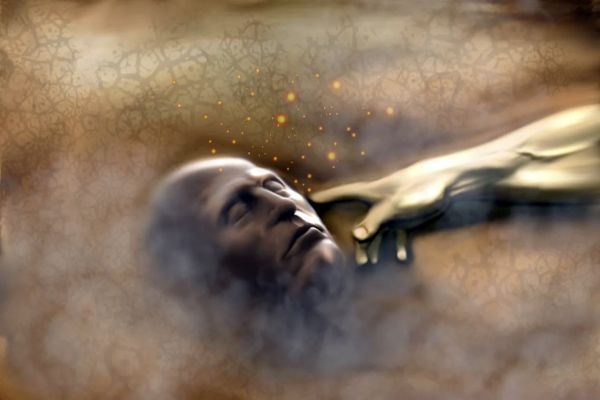 Humanity was a joint creation of creator gods serving truth and the greater good. We were created 250,000 years ago and were the most advanced physical beings yet created; capable of carrying more Light than any previous creation.

Other gods with a service to self orientation targeted to prevent humanity from achieving their full potential and when this sector of the galaxy fell to predatory forces around 60,000 years ago, these gods worked diligently at creating a fortress of darkness including what is commonly called the matrix. All of these dark entanglements targeted to keep humanity in limited consciousness and enslave humanity for their own benefit.

A profound shift took place on October 28, 2011. That date marked the end of the era of duality, the end of us and them, of darkness and light, of war and peace, of rich and poor, of freedom and slavery, of young and old, and so many other manifestations of duality too numerous to mention. Free will was honoured and there were many ways we could have crossed this threshold, but the threshold itself was predestined. As it turned out, duality remained very much a part of our shared reality here on earth and systems supporting duality continued to create more.

The long anticipated December solstice of 2012 came and went without the predicted fireworks; neither apocalyptic nor mind-blowing and the illusion of duality remains in place. What happened – if anything? The ascension process predicted for the December solstice of 2012 (12-21-12) was a dark hoax; designed to disempower humanity by providing the illusion of a saviour event. This hoax continues with apocalyptic twists such as the pandemic and the Ukrainian crisis and the dark remains very much in control. Despite these various propaganda streams, humanity will soon achieve freedom and return to our evolutionary path. All of humanity will then realize our full potential together in an inclusive process yet to be experienced.

Freedom for humanity will result in a shift into a shared timeline based in serving the greater good and the natural ousting of earth’s human dark who continue to rule over humanity and impose their chosen timeline of artificial scarcity and economic slavery. At the top of the human dark hierarchy are three groups of people; i) the European based RKM (Rothschild Khazarian Mafia) made up of a few hundred families who have controlled world finances and the media, ii) the US based technological leaders who call themselves the Alliance. They developed and use free energy, zero gravity based travel (faster than light), time travel technologies which they have abused to fortify their chosen dark timeline, and a variety of technologies to control and limit humanity which has prevented humanity from traveling their evolutionary path. iii) BRICS (Brazil, Russia, India, China, South Africa) hidden governments. These three groups constitute what I call humanity’s secret government. All three groups have embraced and benefited from the artificial pandemic. The Ukrainian crisis is essentially a turf war led by the RKM targeting Russia.

Off-world support for this secret government has been a major factor in their success. 60,000 years ago, predators took control of this sector of the galaxy and controlled it until the mid-1990s when they surrendered to the Light’s agenda and left occupied territory. The surrender is nearing completion now with some of the dark creator gods now serving the Light while others (including the dark creator god know as God to Jews and Christians) are no longer able to interfere with the work to bring about full disclosure. Aligned with the predators was an entire hierarchy of parasitic entities. These beings implemented a variety of limiting structures that are slowly being collapsed. By now, humanity’s secret government essentially stands alone without off-world support.

There is growing support to bring about full disclosure by initiating a disclosure event televised around the world. This event will also invite Light based ETs to participate on an ongoing basis and include taking over the dark’s financial systems, the dark’s media control and the dark’s control over the world’s health authority. This effort is now poised to spring into action. A breakthrough is nearing but has not yet occurred.

I remain completely dedicated to the process of ending the existing shared human timeline, a timeline based in deception, by replacing it with a shared human timeline based in serving the greater good. A timeline based in Love, based in truth and full disclosure, based in oneness and abundance, based in world governance in support of the greater good, based in the complete restoration of natural law here on earth. My spiritual work partner, a US based woman named Katelon, and I began our third major attempt to bring about freedom for humanity by manifesting full disclosure. This attempt began in November of 2018, so we are well into our fourth year. We work directly with Source, our name for the prime creator.

The Earth as a school of learning will continue after freedom for humanity is achieved and our shared timeline shifts; but will then be based in serving the greater good and the realization of humanity’s full potential including such things as rejuvenation, abundance technologies, travel by intention, and daily interactions with other Light based ET civilizations. Individual sovereignty will be widely supported.

Sound like heaven on earth? That is what is planned; and that is the end result of achieving freedom for humanity. Enjoy the process and may your experience be one of peace, love and joy.

We have 926 guests and no members online