Mainstream Science Beginning To Have Realizations

Mainstream Science Beginning To Have Realizations 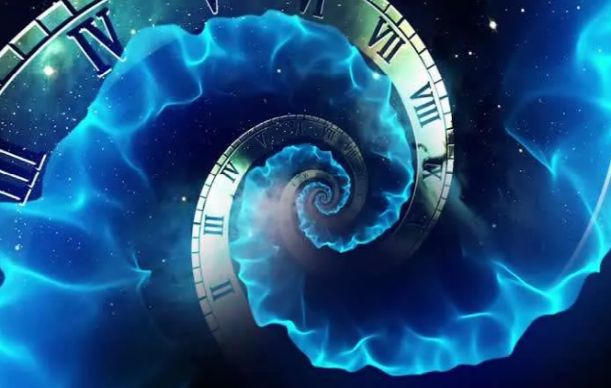 Mainstream Science Beginning to Have Realizations and Humanity’s Choice Point

In my seminar teachings—both on-line and in-person—I have always mentioned that our Sun does not truly have the cycles of activity that mankind has endeavored to calculate.

For example, mainstream science has taught that our Sun has cycles of major activity and lesser activity relative to solar flares, coronal mass ejections (CMEs), etc. in 11-year cycles.

Every 11 years there has supposedly been high solar activity and then 11 years of very low activity.

However, I have always been guided that our Sun activates in higher elevations whenever there is a need for major clearing of the solar system so that more sacred LIGHT can occur, and that when these elevations occur, they are not in regular yearly cycles.

Physicists have discovered that our Sun is overlapping in its energetic activations.

High activations are occurring at varying time frames and indeed are overlapping in output of intense flares that cannot be calculated within particular cycles.

Also, the fact that all flares—even the smaller ones in the “A-Class” or “B-Class” categories give off CMEs is now being admitted.

In other words, strong flares send out larger and more powerful CMEs which give very intense activations to our planet, even when the CMEs are not exactly directed at our planet.

All solar activity affects Earth/Gaia because of the enormity of our Sun’s size relative to our planet.

Ancient scriptures teach that our Sun is 108 times the circumference of our planet, and this is just one of the reasons why traditional prayer malas have 108 beads with a 109th “Guru” bead (which represents the DIVINE ABSOLUTE also known as SOURCE).

As a reminder to many, the word “Guru” translates as “Bringer of LIGHT from darkness.”

Meteor energetics also affect our planet, and currently we are in the midst of what is known as the “Geminid Meteor Shower” which is flowing with thousands of meteors each hour.

These are sometimes called “Shooting Stars.”

They are bright streaks of LIGHT from comets and asteroids.

Our planet can be affected by all of the cosmic events in space only some of which are the solar flares, CMEs, and meteor showers just mentioned and also by “Co-Interactive Regions” (when slow, medium-strength, and high-powered solar winds comingle and send shock waves to our planet), “Solar Sector Boundary Crossings” (times when magnetic fields reverse in the magnetosphere for several days), moving through the “Photon Belt”, energy coming from outside of our solar system, etc.

Further, all of this (and more) causes the vibrational frequency and amplitude (“Schumann Resonance” [SR]) of our planet to be elevated as “She” shifts, stirs, and shakes inside and out.

When the “SR” is strong (and it is usually stronger than technological equipment registers it as being), there can be earthquakes (mostly in the upper “5.0”, “6.0” and numerically higher ranges—such as into “7.0” and “8.0” levels which causes tremendous tearing-apart of the material form of our planet).

Also, powerful hurricanes, tornadoes, and other weather events can occur when the “SR” is highly elevated by solar events which are themselves activated by the energetics of the “Great Central Sun”.

All of this is why our planet can never be said to be “Quiet.”

“She” is always awake! “She” is always in high-powered “dancing rhythms”—sometimes in a more gentle “waltz” but most often in the current space/time, “She” is “fox-trotting” and “rock and rolling”.

The “music” that “She” dances to is the “Cosmic Concert” played by the “Masterpiece Orchestra” organized by SOURCE.

It is often mentioned that the HIGHER SELF of each human being who is truly leveling-up to super-consciousness can “know” when cosmic energetics are strong.

Physical, emotional, and mental “sensations”—“Light Activation Experiences”—comprise the “technological tools” of the reception of “Bio-Photons” from the various “songs” of the “Cosmic Concert.”

Each day the “songs” increase in “decibels.”

Our realm—our planet, our solar system, our galaxy—is often receiving loud transmissions. While we continue to perform our daily general tasks of work-related responsibilities, community activities, family obligations, worship of SOURCE in whatever manner and by whatever name we choose to accept, the cosmos is pouring forth (sometimes pummeling) with dramatic intensity that so many people are unaware of and perhaps are not interested in learning about at all.

This is why there may have to be a major global event generated from the vaster cosmic domain that cannot be denied or negated.

There are already, for example, weather events occurring around the world that are seemingly unprecedented as mankind engages in political strife, social revolts, revelations regarding high level criminal activity, medical terror relative to chemical medications and their destructive side effects (some people feel for purposeful genocide), cultural indoctrinations, historical untruths, and much more that is discussed by many within and outside of the mainstream media. Mankind on our planet is at a “Choice Point”. LIGHT is continuing to manifest.

Humanity can choose to receive it or not which is a constant warning message.

The “veil” is continuing to thin. The LIGHT at the end of the “tunnel of ignorance” is getting brighter, and the scriptural verse “A person of knowledge increases strength” (Proverbs, 24:5)” is becoming actualized just as is the teaching “Those evolving in consciousness will see and sense LIGHT around them as a sign of the presence of spiritual energy which is the presence of the DIVINE” (LEAVES OF MORYA’S GARDEN).

For those who are so inclined, remember that this month of December 2022 is the time frame of HOLY ILLUMINATION.

The Energetics of Shifting

Earthquakes: 114 in previous 24 hours with a “5.7” occurring in Naze and Kagoshima, Japan.

Solar Flares: Two thus far: both “C.1-Class”, and a new sunspot is rapidly growing that has yet to be numbered by NASA.

“Geminid Meteor Shower” bursting with 30 meteors per hour is expected to peak on today, Tuesday, December 13th or tomorrow, Wednesday, December 14th. These are blasts of LIGHT from dissolving comets and meteors that are also called “Shooting Stars.”

KP Index: “Elevated” status indicating that activations to our planet are strong.

Magnetosphere: Enveloped in dense plasma particles pressing in primarily to our planet’s far side indicating that they are coming from outside of our solar system and are mostly positive protons of ionization (radiation).

We have 1747 guests and no members online