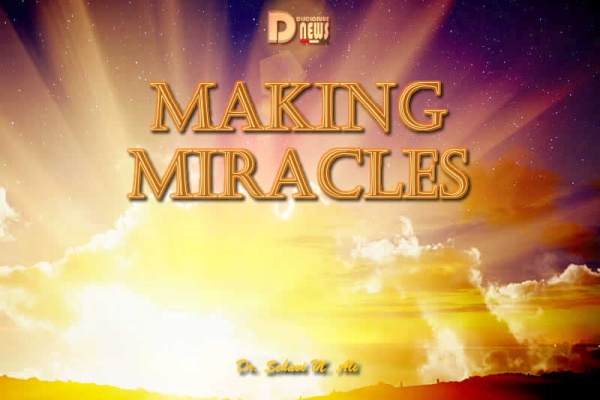 Every path has its own holy texts, rituals, spiritual beliefs, and daily practices.

There is one SOURCE which is the anchoring in all of them.

This is like agreeing to meet for a scrumptious meal at a certain restaurant, and everyone travels a different road to get there.

Each person in the group may order a different meal from the menu, but each appetizer and entree is equally delicious.

Sometimes people may decide to try what someone else has ordered, and they discover that it is as delicious as what they originally ate.

This is a simplistic metaphor to illustrate that there is one SOURCE—known by various sacred names and titles.

One path, known as Kabbalah, observes what is known as “Shabbat” (“to cease, “to rest”) from Friday sunset to Saturday sunset every week.

The greeting at this time is “Shabatt Shalom” (“Have a peaceful rest”). The term “Shabatt” is also rendered “Sabbath”.

The word “Kabbalah” translates as both “Spirit and Soul of the Eternal” (Medu Neter) and “That Which Has Been Revealed” (Hebrew).

The first Habiru (Hebrews) who arrived in Kemet long ago learned of the principles of Kabbalah over their 400-year stay and adopted them.

In more modern history, many people think that it is “Jewish” mysticism, but it is not.

Actually, the term “Jew” is incorrect. The sound of “J” did not come into the English language until the 17th century A.C.E. (“After the Common Era”).

The Latin language employs a “J” sound, and this is why we find one of our World Saviors and Prophets being called “Jesus” rather than his true given Hebrew family name “Yeshua ben Pandera”; and he eventually became, after his many initiations around the world, “Yeshua Ha Messiah”.

Dr. Fabre D’Olivet, renowned Linguist, discussed in his book THE HEBRAIC TONGUE RESTORED, that Hebrew was spoken and written by the common citizenry of Kemet, and Medu Neter (which Greeks called “Hieroglyphics” which translates as “word pictures”) was spoken and written in the temples by the priesthood and the initiates of “Kem Sesata” (“Potent Mysteries”).

The Habiru learned Hebrew, therefore, from the Kemetu people. Kabbalah spread throughout the world as both the Kemetu and the Habiru traveled from nation to nation through exploration and trade.

Of course, over many centuries, “Judaism” became a main word, and its stories and beliefs are told in what is called the TORAH—a word derived from the originally written and spoken Amharic language of Ethiopia (ancient “Kush”)—with the original word being TARGUMS which translates as “Teachings”.

Some of the tales in the TORAH, as well as in numerous other holy books, are meant as metaphors to teach lessons and are not to be taken literally.

Conducting an exegesis of the world’s major holy books is necessary in order to understand what is true and what is metaphorical, and this requires an understanding of several ancient languages such as Sanskrit, Medu Neter, Amharic, Hebrew, etc.

However, even without a sophisticated knowledge of the world’s most ancient classical sacred languages and their specific holy traditions and principles, we can all appreciate the Divine “sustenance” in each of them.

When we respect and appreciate the paths of others, we are brought closer together as not merely citizens of the earthly domain but of the entire galaxy as well; thus, we are truly on our way to being “Galactic Citizens”.

One of the teachings of Kabbalah is that the 24-hour period from Friday sunset to Saturday sunset is a mystical time and a time in which miracles can be received.

There are particular candle-lighting rituals involved at sunset on Friday and special prayers recited.

One way in which to welcome “Shabbat” is the following:

There are many other ways that people who refer to themselves as “Jews” or “Kabbalists” honor Shabatt.

Those who consider themselves to be orthodox “Jews” , for instance, do not drive on Shabatt, do not deal with any technology, turn off all lights (even in the refrigerator), and some do not wash themselves for 24 hours.

A bath or shower is taken before Friday at sunset.

At the Shabbat meal on Friday evening, everyone takes a small bit of salt on their tongues which represents the taste of tears.

The head of the household says: “We will never cry tears again because we will never be slaves again.”

When history is studied in depth via reading rare books, speaking with scholars, traveling, and conducting an exegesis (as already mentioned), we find that so much has been both added to as well as taken away from the world’s religions and spiritual paths.

Yet, SOURCE is, as stated above, the focus of each of them.

Thus, whenever a ritual is for the greater good of humanity, instead of being critical of it because of a desire to convince others that our specific path is the only key to the ethereal realm, we should welcome an opportunity to join with our galactic family members in certain rituals that have proven throughout the ages to be strangely potent.

Shabatt is one of them.

My first encounter with a Shabatt miracle happened many years ago.

I was visiting a Kabbalistic friend on a Friday afternoon before sunset who was a massage therapist.

She told me that she needed a new massage table and was praying to find a good deal on one because she wanted a really good one, and the ones she had seen were rather expensive.

Together we recited the Shabatt prayers at sunset.

We wondered who could be visiting her on the Sabbath without first phoning.

She glanced out of the window to see a van parked in front of her house.

When she opened the door, a friend said: “My wife and I have been wondering what to give you for your birthday, and we decided to gift you with a new massage table.”

My friend broke down in tears.

She realized that Shabatt miracles, which I had taught her about in group seminars on spirituality over the years was real.

There have many other miracles for others since then.

We all have our particular relationships with SOURCE.

Let us always realize that we are all of the same LIGHT.

So, to those who will be observing Shabatt this weekend as we approach the closure of October’s Full Moon Portal, I say:

We have 1217 guests and no members online