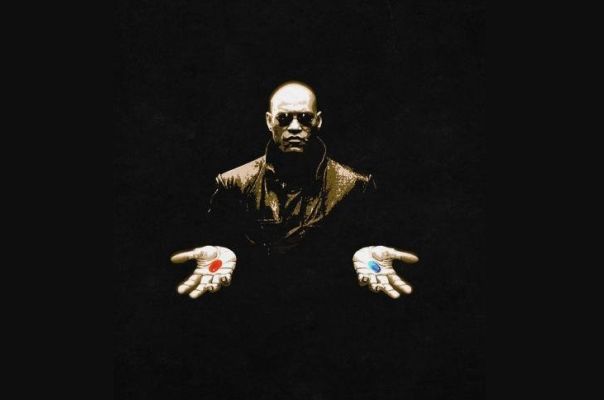 What if the world is not what it seems, but is merely an imaginative and ingenious game to prevent us from seeing the truth? That humanity is a source of energy for other beings who operate covertly behind the curtain while controlling our lives, thoughts, desires, actions?

What if this shared reality of ours is just a dream world, made up of many billions of individuals who have collectively agreed that it is the real world?

What if our perceived reality is actually a program to keep us in a sweet unconscious sleep?

If you understand this truth and accept the idea that we live in a dream world, you can become a warrior and then a seer. Your task is then to wake the biorobots from their sleep and show them the truth. The matrix system is coming to an end and is to be transformed into a new beautiful world, which the awakened seers will give its form.

The chosen one, who understands what this world is about, is to awaken the biorobots, free them from illusion and acquaint them with the truth. This is called Disconnection.

When the film The Matrix began screening in 1999, millions of viewers were thrilled with the excellent special effects and bold plot. They gratefully accepted this film, which they rightly considered to be the perfect creation of Hollywood. But only a handful of individuals with an unconventional view of the world saw something else in him. Since then, their ranks have been constantly expanding with new members.

There is a big message in the matrix that is easier for a creative teenager to see than an adult. After all, most adult viewers are already finished people and therefore do not have the proper flexibility, imagination and perhaps a certain degree of disillusionment is necessary to understand the film on a deeper level – as truth.

Teenagers who feel that this reality is unpleasant and often uninteresting for them anyway are easier to swallow a red pill than a satisfied adult sleeper.

..... Others may not be ready for disconnection.

The Matrix is more than just another science fiction blockbuster. It's a signal sent from the real world. From the world of Morpheus, from Zion, to this labyrinth in which we move. They sent him here to show us what we live in and to give us a clue with which we could understand the truth and disconnect.

Is this too deranged an idea? If you think so, then don't waste your time reading this series because it's not meant for you.

The essence of the matrix can be summarized in three basic facts:

Only very free-thinking or very disillusioned people have the ability to understand this. And yet this idea is not new at all. It occurs in our history in many cultures. That this world is not as it seems to be suggested by many myths, religions, and even science has already proved it.

Religion tells us that we have no influence on destiny, that everything is controlled by some higher divine power above us, and therefore we are part of some vast ingenious mechanism that we cannot even imagine from our perspective. The same is suggested by the myths and deities in them, when all human activity is degraded to mere unconscious folly, at best they go through some divine test of the will. In the worst case, their fate is amused by a cold and indifferent fate. And modern science, from Darwinism to chaos theory, imposes the same thing on us, even if it uses rationality instead of God and replaces God with fate with gravity, atomic particles, and much more.

That other beings thrive on us is not claimed by science or religion, because humanity considers itself the greatest predator in this predatory world. After all, we are safely at the very top of the food chain. But it is true that some Gnostic texts refer to god as a man-eater, and because of this embarrassing slip, they were of course excluded from the Bible.

to be continued next time