Channeling by Athena: The Event

Mystical March: The Energies As We Approach The Equinox 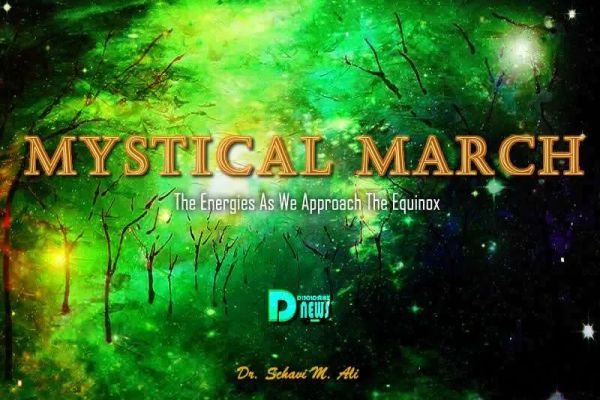 Our planet has been receiving increasingly higher cosmic frequencies since then of solar flares, solar winds, and coronal mass ejections (CMEs) from the Sun of our solar system driven by the Great Central Sun.

Energies have been coming from both the Sun-facing and far side of our planet on a daily basis, and the planet’s magnetosphere has been showing fast and slow-moving winds converging together, dense plasma particles, and a build-up of pressure.

On some days, the pressure has been relatively low which has allowed creation on the planet to have a recess from such potent energetics.

This is shown on certain magnetosphere charts (such as the one generated by the National Oceanic and Atmospheric Administration [NOAA]) as either a deep red auric encircling (powerful energetic build-up) or a lighter orange or yellow hue around the planet (low intensity).

Rarely has a soft blue (gentle slower energy) been seen surrounding the planet on the chart.

Today, Thursday, March 10th, 2022, a coronal mass ejection (CME) is expected to move into Earth/Gaia’s magnetic field which was launched from the Sun three days ago.

It usually requires about three days for a CME to arrive to our planet; however, there have been times when it arrived earlier than predicted.

On March 18th, 2022, the Moon will reach it fullness, and all cosmic energetics which will have occurred beforehand will be enhanced in their potencies as well the ones which occur after the Moon’s full brightness.

On March 20th, 2022, when the Equinoxes officially arrive at a few minutes after 3:00 AM (Eastern Daylight Savings Time), “Mystical March” will be fully playing its part in the “Cosmic Auditorium” as its vibrational frequencies surge into the months ahead heralding the eventual Summer Solstice and the Winter Solstice in the two hemispheres accordingly.

On the day of the Equinoxes, there will be an alignment of the Earth and the Sun whereby golden rays of energy will be available for our further elevation and transformation.

As of next Tuesday, March 15th, we will be fully into the portal of the Full Moon (again, as stated above, reaching greatest brightness on the 18th) and closer to the Equinoxes.

Begin this weekend to prepare for reception of higher frequencies and acclimation to increased SOURCE LIGHT FREQUENCY.

Write out your desires for our planet and for yourself. Send out loving LIGHT.

Many suggestions have been given in various articles for usage of natural and spiritual paradigms of wellness. Review them.

We have 798 guests and no members online