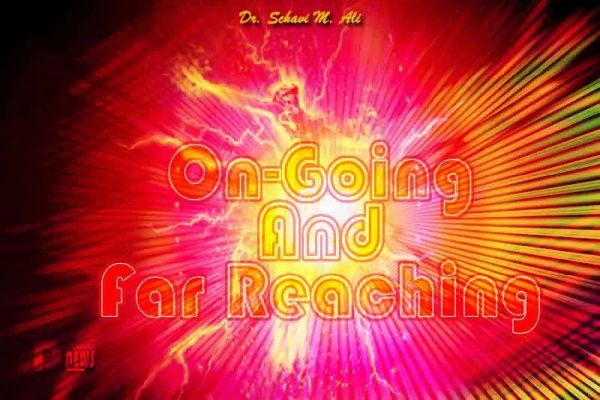 Many people have questioned—more than once—when the discomforts of creation’s transformational process will cease so that constant fatigue, painful muscles and joints, headaches, rapid heart rhythms, and other symptoms of this planetary and galactic shifting will be so long in the past that humanity will forget the laborious process of the establishment of the “New Golden Age”.

However, here it is wise to remember the phrase “Lest we forget”.

On the “3d” level, there are groups who will never forget, for instance, the horrors that they experienced at the hands of others—whether these horrors took place in the ancient past or within the 17th, 18th, or 19th centuries or within the recent past of the 20th century.

Some people’s ancestors were a part of the horrors heaped upon others.

Thus, ancestral as well as individual healing is necessary.

There are those who say that their “Soul” agreed in a specific incarnation to experience certain situations or to assist in the elevation of the planet.

To others, this belief seems like a convenient excuse as to why suffering exists which brings logic—which most of humanity is comfortable with—into an equation which endeavors to explain the ways of SOURCE instead of accepting another view—that SOURCE places “ITS” creations where they are supposed to be in whatever space/time continuum “IT” desires and provides them with the tools to perform certain missions dealing with having dominion over a particular planetary realm.

In other words, mankind does not choose its planet, lifestyle, or experiences.

Yet, mankind has the free will to do whatever it chooses to do while SOURCE gives inspiration in various ways for the performance of tasks that will continue to develop beautiful planetary experiences that SOURCE has already created in the “on-going” and “far-reaching” vastness of the cosmic domain.

Logic, however, is vital to consider as we continue to journey throughout the cosmos.

We would not have been blessed with it if we were not to use it at particular times.

So, logical questions might be: “Why would someone ‘choose’ to be placed in a gas chamber or to be tarred and feathered or to have his private parts cut-off and used by others as a coin purse or a woman hung from a tree and her unborn baby cut from her womb because she tried to escape from slavery?” (All of this is documented history for those who study).

Some would answer this query by saying: “They did all of that to someone else in a past life, and so they had to suffer a karma and experience the same thing!”

The point being made here is that it is often the case that humans misuse their logic just as they misuse their free will.

Why? Because of arrogance and ego which makes a person think that he or she knows everything!

Sometimes it is due to fear because when a person cannot explain something he or she may feel a sense of being lost or in a chasm of chaos.

Such persons then tend to place a philosophical framework that sounds good to them onto other cultural paradigms and judge them accordingly.

They do the same with SOURCE.

They attempt to explain SOURCE and all of the ways of SOURCE.

We are allowed only a glimpse of the magnificence of the INFINITE PRESENCE and are also allowed to receive understanding from the “Sruti” (“To Hear”) experiences of the “Rishis” (“Sages”)—many of whom knew an “Avatar” (“One Who Descends”—a physical incarnation of SOURCE into a specific material realm) such as Sri Krishna who was physically present for 126 years or Sri Rama who was physically present for 11,000 years.

Other Rishis came long afterwards and had the RIG VEDA, the ATHARVA VEDA, the SAMA VEDA, the MAHABHARATA, the BHAGAVAD GITA, the PURANAS, the UPANISHADS, and more sacred teachings to guide them and those whom they taught.

In these most ancient of scriptures, SOURCE (who has many Divine names and characteristics) reveals that “ITS” creations do not choose their experiences other than via receiving either blessings or consequences based upon how free will is applied.

None sits in a “spiritual room” and raises his or her hand and volunteers to go to a certain planet at a particular time to have specific experiences—both happy and horrendous—all to assist in the elevation of a certain collective planetary consciousness.

The foregoing will be, of course, debated by those who believe differently whether they have conducted diligent studies, meditated deeply, prayed sincerely or not.

Much of mankind is uncomfortable when they are not in charge.

This may be why SOURCE is showing mankind in so many ways that they are indeed not in charge.

One simple example is when traditional scientists proclaim that a CME (Coronal Mass Ejection) is not directed at our planet and no energy currently exists on the Sun for strong solar flares. Then the opposite occurs.

The Sun explodes with powerful flares and CMEs. How many times does SOURCE have to say: “Eyeh Asher Eyeh” (Hebrew for: “I AM THAT I AM”)? or “Aham Mahaprana” ( Sanskrit for: “I AM THE GREAT LIFE FORCE”)?

The discomforts of a scientifically proven dramatic transformation of creation (which includes human beings) is a necessary cleansing of clogged circuitry in molecular structure which affects tender nerve endings that are in all parts of the human “being-ness”: physical, mental, and emotional.

LIGHT, taught about in all of the ancient Divine revelations, has to push through the dross of what is due to become newly-shining cellular records—records of LOVE, PEACE, WELLNESS, ABUNDANCE—-all of the “Unalterable Goodness” of the Divine Absolute.

Whether someone is a traditional scientist or not, everyone is being awed daily by the activities of SOURCE.

It is the Spiritual Scientists of ancient times who have already given us the information that is just being accepted in the “Now” because they received it from a humbleness—not ego—and SOURCE blessed them with vital knowledge.

Because of free will, people can certainly “choose” to believe that they “volunteered” for “Earth/Gaia Duty” and “agreed” to experience particular events.

They can also “choose” to believe that SOURCE sends “ITS” creations wherever “IT” desires, and so, they were placed upon Earth/Gaia in this current incarnation and given the free will to live happily or not according to how they think, feel, speak, and act.

There is an interesting verse in the HOLY QU’RAN in which Allah (“The God”) says in terms of why people suffer: “It is what your own hands have wrought”.

SOURCE has created and allowed all beings in all universes, galaxies, and planets to have amazing knowledge and to perform in astounding ways.

However, creation does not know everything. As i have suggested before, if we knew everything, there would be no need for prayer.

We would be capable of doing anything and everything.

We can be guided by the HIGHER SELF—SOUL—THE DIVINE.

The operative word is “guided”.

Once we are fully filled with LIGHT, and once we are sufficiently elevated in individual and collective consciousness, our “re-birth” will have occurred.

As has been stated previously, we are definitely headed down the “birth canal”.

A bit more patience is necessary to complete the “birth”.

This requires, among other things, release of ego, and respect for what is not known of SOURCE FREQUENCY.

The Cave Of Altruin - A Hathor Planetary Message

The Council: Help from the Spirit World - Part 3

Teachings of the Masters: Your Higher Heart

We have 1050 guests and no members online