Phoenix Rising in The UFO Community

Phoenix Rising in The UFO Community 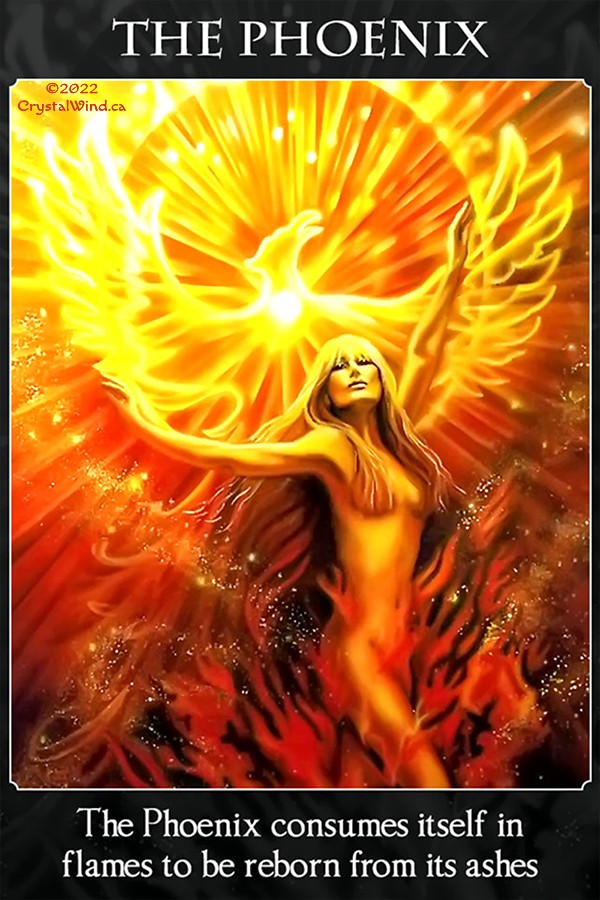 It seems as if a nuke has been dropped on the UFO community. It is becoming like a reality show. Truth is, it has always been, like the show, Survivor with extreme competition, backstabbing with a jungle of traps and pitfalls. I call what is now unfolding the uncivil war. We wonder why we have not had contact within the UFO community.

Why don’t the ETs land and join the conferences? Fact of the matter is contact with spiritually and technologically advanced beings on the whole has never been welcome. The good old boys club want to keep it nuts and bolts constantly bringing on their experts most of which have never even seen a UFO, had contact and are extremely jealous of anyone that has. There is also the extreme cover up of the fact that we have been going back and forth to the moon and mars since the 60’s and have been in contact as well as working with ETs before then with German technology.

It goes into an even darker area which ties into Satanic/Luciferian groups that have infiltrated the community at the highest levels working for some time with Reptilian/Grey and other species that do not have our highest and best good in hand. They control Hollywood and many of the heads of power in today’s civilization. Ask yourself why is the majority of the UFO community, the good old boys club, still talking about Roswell, asking “do UFOs exist”, acting as if we have never been contacted controlling the narrative with their planned opposition puppets? Why is it all you have seen is a fuzzy tic tac, distant lights with police cars chasing them? Scientists’ claiming we cannot reach distant stars, they are too far away when in fact we are traversing galaxies in hours.  They show you barren deserts, a dusty red planet most of which was actually filmed on Earth? Why are they hiding the contacts they do have, are they negative factions, the dark fleet aligned with the Cabal? Were there agreements made not in our highest and best good?

Sounds like a conspiracy? Only if you live in a bubble insensitive to what is unfolding before your very eyes. This is a subject most cannot comprehend. Pedophilia, child sacrifice and sex trafficking tie into this. It is rampant within the controllers, what many refer to as the Global Elite who have been suppressing free energy and healing technologies for hundreds of years. They are known as the war and disease profiteers who are in the process of being held accountable. Mentioning them is a career ender. Hollywood, the UFO community, even conferences will black ball you.

This is the very reason why spiritually and technologically advanced off worlders cannot work with the majority of leadership on the planet and are not working within the UFO community other than a very few and those few are a threat to the controlled narrative. There is very little support for those having contact with spiritually advanced races in fact there is extreme opposition seen and unseen.

This is all coming to an end due to the benevolent off world civilizations as well as inner Earth civilizations involved in the awakening and healing, or planetary liberation of Earth.  A process well underway which is loosening the grip of the controllers, those controlling the narrative. The Earth crew claiming to represent these spiritually and technologically advanced planetary liberators are falling apart. They are falling victim to their own unhealed traumas as well as the unseen negative influences. While they are attacking each other the dark hearts are cheering and the Spiritually Advanced beings are smacking their foreheads saying common children this is not the way, this is not what you incarnated for. Many say they are behaving this way on behalf of Spiritually and Technologically advanced beings, Ascended Masters etc. This is totally illogical. Advanced beings do not involve themselves in power struggles or petty bickering. Self-righteousness is not self-mastery. The only reason these confrontations have such a charge is because it is attached to unfinished business, wounds, traumas and wrong conclusions from past experiences. These traumas may be past lives, even lives on other planets with other civilizations, traumas from the great wars, Orion conflicts, confrontations in other dimensions. The bottom line is it is safe to say this behavior is not supported or authorized by spiritually advanced beings. Only the ego needs defending as well as the need to be right.

There are also the unseen negative influences, reptilians/greys, hybrids, a host of regenerated species, even technologies that can influence negative behavior. They are real, they are powerful, and if you have chinks in your armor they can get in and trigger emotional outbursts, negative behavior, division a host of unhealthy interactions. Many of these negative factions actually created the traumas in the past, fear of it happening again actually opens the door to manipulation.  We are in a war of consciousness, it is a multidimensional war, a temporal war and there are only two ways to get through it. Heal and ascend. For many this is not their first rodeo this all happened in the Orion wars where councils were infiltrated along with other positions of power eventually taking the lives of millions. Let’s not repeat this scenario.

Create a firm foundation in spiritual law and behavior, do not stray out of it. Always be the observer of self and your environment which has many levels. Observe the actions of others before you tie your cart to their horse. Better yet, get your own horse. Make your own connection to God/Creator/Great Spirit. Ask yourself is this connection loving, joyous, beneficial. Is it empowering myself and others? Is this connection overpowering myself offering the ability to overpower or trespass on others. If so DO NOT GO There where there will be a price to pay. Most important is it creating division? Unity is the ultimate weapon and the way out.

Make your own contact, the skies are full during the planetary liberation. Just be sure to qualify that contact, make sure any internal communication is coming from Spiritually and Technologically Advanced Off Worlders, always apply spiritual discernment. As we have always said, just because you are dead does not mean you are enlightened and just because you’re an ET does not mean you're benevolent. Always ask yourself with brutal honesty, what is my come from, what is my goal? Is it fame, fortune, the need for attention I did not get in the past? By their fruits and their behavior they and their channels will be made known. Also by their associations past and present.

Real self-mastery is having the ability to observe self, release the need to defend or be right and stay on the path to unity, service to others without adding to the uncivil war. The entire planet will rise like the phoenix from the ashes. It will be interesting to see who is still here. Those choosing the upward spiral operating within Universal Law in service to others will continue. Those choosing the downward spiral in disunity and self-service will not. It is all about choice and personal responsibility. We are in accelerated times and do not have the luxury of division and againstness. Be kind to each other, forgive, be kind to the planet they are waiting for us to rise to the occasion. The powers that were are collapsing.

We have 778 guests and no members online