Plandemic Update For The Collective 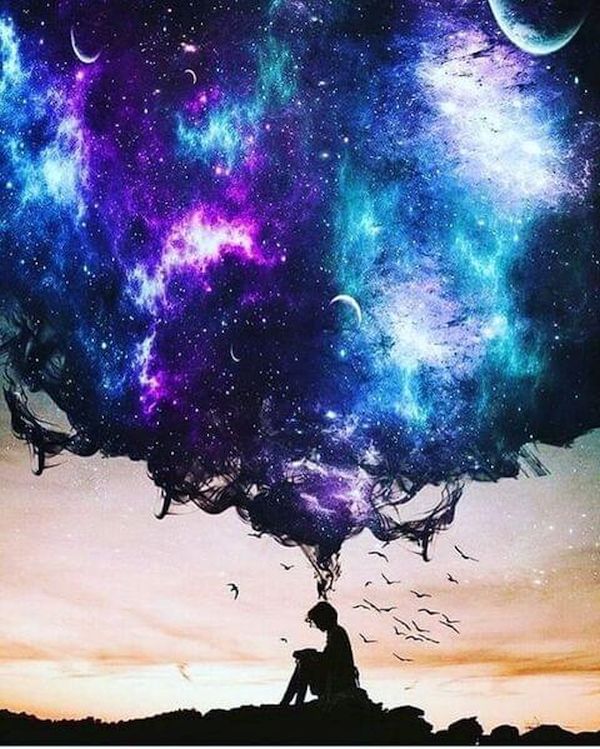 Dear ones, these are testing times for humanity and a time when it is easy to feel helpless or gloomy. Do not fall into the deep temptation of keeping a constant check on the havoc of the pandemic medias. The more you do that, the more you are subconsciously brewing that. It is important to understand that fear is more contagious that the disease itself, and fear creates nothing but that which is dreaded for the simple fact that what you focus on multiples in its existence.

How much ever brave we may feel we are or how much ever spiritual we may feel that we are, there still somewhere can be a concern or fear in the corners of our hearts and it is absolutely normal to have that and to accept that little uncomfortable feeling but it's unwise to brood over it and allow the mind to exaggerate it for you.

It is highly advisable that you focus and do such things that deviate your mind from media and news. Update yourself, if really the need be, with just the one-liner texts on new feeds then watch and keep devouring the graphic stuff on media, which still is done with a commercial value or business intent.

Remember, the videos and graphics that are shown are highly and sharply trimmed to show you only how serious things have gotten or how worse things have gotten for they know that fear sells but are not realising that fear also multiplies wide-spread panic and attract more of such. I was noticing how their voices were so high pitched in enthusiasm when they were yelling how 3 lakh+ cases were reported but the next sentence that 2 lakh+ have recovered was said softly and in a least interested manner and then the voice got excited to continue yelling how many deaths happened. This is the sad role media plays in instilling fear and panic than hope and recovery.

News is certainly not created aiming at your well-being or to calm you down, though that is the exact and precise need of the hour in the country and world. The people behind the graphics or visuals or voice over hardly understand the impact they are creating in the collective that is trusting them for the status. But they are busy with their goal of creating an impact in their coverage, so that they have an impact in their viewership and TRP and not that you or the citizens have any other positive impact in their life conditions. Hardly any percentage of those bringing news to the world understand the science of how contagious fear is and how it can spread quickly like wildfire in highly volatile situations like this. Even if they understand, their priorities with the news business makes them overlook it. What you see and think all day is what is simply being manifested and imagine the whole population thinking and dreading on it so deeply round the clock.

Cut the volatile chain by refusing to participate in this game or pass it yo anyone even in thoughts, words or forwards. We heal and help the collective not just by prayers alone but by also not being the fuel in spreading the fires. The ignorant could be excused on how they are only adding fuel to the whole situation because they do not know, but those cannot be excused who are aware of it all and yet delve into it knowingly.

It is a wrong temptation to feel like you have to worry because the whole population is worried and feel guilty that if you don't worry with others you are less concerned or less compassionate for the situation. Rather you are being more compassionate for well being of others when you are yourself less overwhelmed for the situation. If you can physically help best to do it but if you cannot be of any help out there then the best help you can do is to mentally help the situation by holding a picture of a positive outcome for the country and the world, and that cannot certainly happen if you are all the time checking news updates and watching the mindlessly-edited graphics on your TV and cellphones.

Keep your loved ones also diverted into something more worthwhile instead of joining them in their anxieties or their obsession with the news. Resist the urge to spread negative news to anyone on whatsapp, etc, however informative you feel it could be. Most of the negative news is marketed to show they are useful and informative for you. Becoming aware of such immediately and cut it off quickly from the chain. Cut the crap by stopping the chain.

It's a passing storm and we are amidst it. It is upon the collective if they decide to make the passing storm stagnant and hold it longer in their existence or to allow it to pass by not heeding much on it. For it is the collective that invited the storm in the first case, and only the collective can make it pass by a unified strong lack of attention to it. But since the percentage of those who understand this is a small percentage still the power of that collective percentage should not be underestimated. Sometimes all the "doing" itself can screw up things further; it's wiser to become aware that sometimes something powerful can be done by doing nothing at all. Divine Love and Light.