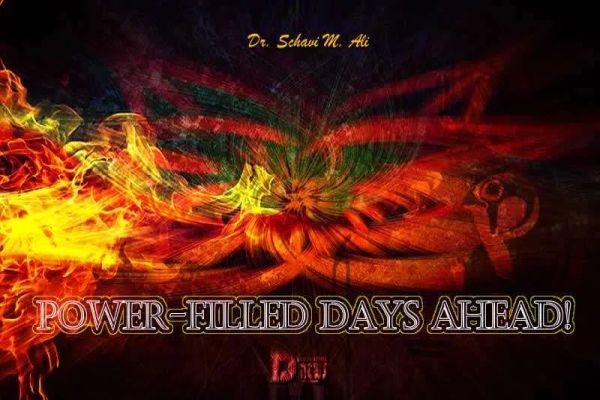 Moving further into the entrance of the New Moon on Saturday, August 27th, 2022, at 4:17 AM (EDT), there have been two powerful blasts of solar flares—an “M.2” and an “M.7” this morning—and of course, because our Sun is plasma-filled, there were also coronal mass ejections which are plasma particles, occurring at this time.

Mainstream science predicts that these CMEs will not arrive to our planet until about the 29th; however, because our planet is a dot compared to the size of our Sun, these strong blasts can arrive suddenly.

If they do indeed not arrive until the 29th, their slow movement indicates that they are very strong because the slower the CME flow, the more powerful it is.

Thus, our planet could receive a major current of energy today or an even more potent blast two days from today.

Either way, the human Vibrational Frequency is the truer informative “device” as has been stated before in other articles.

Neutron counts are still rated as “Elevated” as they have been for several previous days, with two days of them being rated “Below Normal”.

Further quakes are possible as the high-powered solar flares continue to activate this realm with their attendant CMEs.

Challenging weather patterns have already been happening around the world such as profound flooding in the state of Texas in the USA which the Governor there has labeled as being never seen before.

Also, there is famine in the Sahel region of the African continent that is unprecedented due to horrible crop failures.

Many other terrible situations exist throughout our planet.

Lots of planetary tribulation has been caused by mankind’s tampering and experimentations with various aspects of Nature.

This is why SOURCE LIGHT in terms of “ITS” cosmic forces are so strong, with very little recess from their work.

The cleansing of this realm is more intense.

Yet, certain segments of mankind continue to attempt to control forces that they do not understand.

Experimentation is fine as long as it is for such purposes as creating natural wellness paradigms or safe technology for communication, writing, and study.

However, when it is for purposes of manipulation, control, and taking over the world like the crazy scientists in horror films, then this is unacceptable in the HIGHER REALMS, and it will be dealt with as SOURCE is now doing by raising the vibrational frequency and LIGHT quotient of our planet and transforming our levels of consciousness and the physical vessels that we inhabit as well as making many of us aware of our “Starseed”

This space/time continuum is one of the many in the billions of years of planetary history (in terms of the manner in which humans calculate time periods) that have been considered as being unprecedented in its re-alignment with SOURCE FREQUENCY allowing for more spiritual capabilities than just material focus.

In other words, there have been other risings to previous “Golden Ages” after extreme and dramatic altering of certain situations.

Many “students” in the “Cosmic University”, however, are lagging behind in their knowledge acquisition.

They think that anything that is not understood or that cannot be analyzed from mankind’s logically-oriented tendency is mere folly–that too many episodes of “Star Trek” have been viewed.

However, this will soon be rectified as cosmic forces become increasingly stronger and unable to be codified by mainstream technology and as vile experiments cease due to their not being able to be carried any further.

There are vast changes coming to our realm.

Those persons who have been in a lowered state of consciousness which has caused them to buy into the “3d” perspective on everything from the supposed nutrition of “fast food” to the viability of the “vaxx” and its boosters, to chemtrails protecting us from harmful radiation— will be shocked and confused.

Some will rush to those whose information they scoffed at for advice.

It is already beginning to happen.

So, a bit more patience and continuing to nurture ourselves spiritually and naturally is necessary.

Everything is ENERGY, and ENERGY is LIFE FORCE—the ancient Medu Neter “ANKH”, the Sanskrit ‘PRANA”, the Mandarin Chinese “CHI”, the Japanese “KI”,etc.

Our transformation is our reception of LIGHT CODES which stream to us from the COSMIC LIGHT.

Physical vessels may be exhausted, and emotions may be anxious, and minds may be weary and there will be other “symptoms” of the powerful “activations” that are ongoing.

One of the first principles that we learned in our Physics classes is that “THE ONLY CONSTANT IS CHANGE.”

The new principle, however, one that has always existed in the ancient annals of time but which has been left out of modern teachings is that “THERE ARE THREE STATES: CREATION, CONTINUANCE, AND TRANSFORMATION” (THE EMERALD TABLET of Tehuti [Thoth] of Kemet).

Tehuti also taught that: “THE SOUL HAS CONSCIOUSNESS, INTELLECT, AND IMMORTALITY” and that “TIME IS AN ILLUSION OD THE SENSES. THE PAST AND PRESENT ARE ALWAYS WITH US.”

As we experience greater solar activity, let us connect with the ULTIMATE HIGHER SELF—SOURCE—THE INFINITE ENERGY.