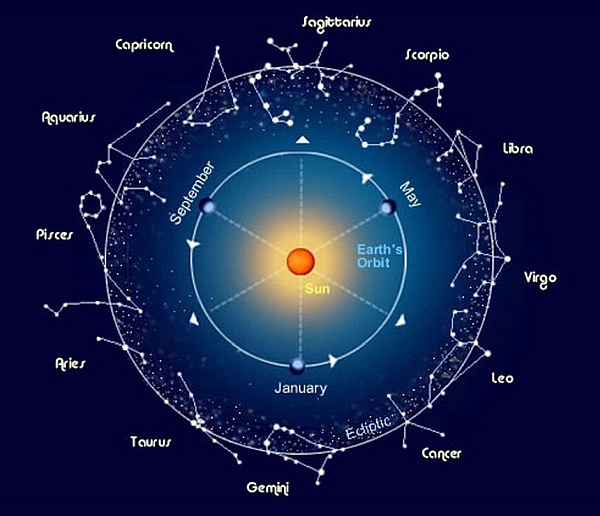 Understanding how the magnetic structure of the planet has been manipulated and how we can transform it is mind boggling. But, many on this planet are recovering that memory and much more!

We are at the beginning of starting an entire new reality on this planet. Our solar system is part of a much larger solar system called the Pleiades, the Seven Sisters that are rotating around their sun Alcyone.

On December 21, 2012 we passed the Precession of the Equinox which was the beginning of an entire new cycle, the start of a completely different reality. The end of a revolution of our sun around Alcyone and the end of a revolution of Alcyone around the center of the galaxy. A new age into Aquarius...Remember, every constellation gives off a certain frequency, a different reality so it would make sense when we transitioned into Aquarius we would be receiving a whole new reality.

What the Precession of the Equinox means is it’s Earth’s 25,630 year completion of a cycle around all 12 constellations. We spend 2000 years give or take a couple years in each age, in each constellation.

We just left the Age of Pisces in 2012 which was about control and oppression a low frequency reality. So when you think about it is it any wonder that these off world controllers designed religion? Is it any wonder they made up a savior for the last 2000 year cycle of Pisces?

This all correlates with the age of control and oppression. We are now in the Age of Aquarius moving through these intense high frequencies is of the Photon Belt... so it would only make sense we are going into a higher reality. Meaning, religion and all control is falling aside, people are waking up due to these higher frequencies transitioning into this New Age.

So at the end of this cycle is what’s called a Precession of the Equinox which means our solar system enters the Photon Belt which is an ocean of light, very high frequencies of light that surrounds Alcyone.

What this means is we are in an amazing time in our history and in our entire solar systems history to witness this incredible change. There are streams of sound frequency that are spread through ancient structures, sacred sites, pyramids and military bases placed on our planet at certain energetic points on Earth’s grid to control and manipulate the collective consciousness.

This sinister, off world secret government has been streaming low vibrational frequency through these sites all to keep it’s inhabitants buzzing at a very low, dense vibration so we’re much easier to control. But, we are now taking back control hence the intense chaos on this planet.

Example... the Eiffel Tower in France is used as an energetic antenna, a portal to spread very low fear-based energy as well as the stone circles in South Africa. Also, this is the case for all military bases on Earth.

Long ago the Pleiadians looked at this planet and picked out 12 pairs of energy points. They would represent the duality on the planet. These energy points are found at 24 geographical locations on mountain peaks and deserts were selected by the Pleiadians that looked the most promising. Most of these locations are Crystal caves located underneath the Earth. They are time capsules that are now spreading new and higher energies.

They play a very important role and are automated to be used to our advantage. When activated these higher frequencies are dissolving the fear-based energy
that have been emitted by the old Annunaki structures.

These Pleiadian capsules of higher frequency energy is helping create this new vibrational change we’re feeling along with the higher frequencies coming from our central sun. It is entirely disabling the old energies of fear and control. We are experiencing something extremely grand. A massive transformation of absolutely everything and that doesn’t come without resistance.

But, everything evolves to light, the highest frequency so when we passed the Precession of the Equinox and entered the Photon Belt there is nothing that can stop humanity from evolving. We are part of that cycle and it’s only up from now on.

We are entering higher and higher densities of light so now there is no excuse for us to not stand in our power and use this knowledge to our advantage that is being amplified exponentially by these higher frequencies that will benefit all life on Earth.

The Human race can transform these fear based energies...War, suffering etc. all fear-based low vibrational energies can be transformed by the power of the human consciousness. We will do this there is no other option, we are God in the flesh literally. We are that limitless spark that is in each and everyone of us that we attained during creation.

Remember, there is only one infinite mind. The mind on an extremely macro level of existence and it’s entirety. We have infinite power thru emotion and like I’ve said many times we will never be fully controlled as long as we have emotion. We are an infinite force of creation thru frequency, love is our true nature because that’s really the only way we know how to be and we all know that intuitively.

It’s all up to us how far we can go which is determined by our thoughts and imagination thru our consciousness. Everything is changing intensely and nothing can stop it now. The lower realities are dissolving and we are bringing in this new higher reality of existence. Don’t resist it! Let go of all your religious and societal beliefs, they are limiting your reality and stunting you.

In the Universe everything functions in cycles. All life and the Universe obeys two laws... The law of cycles and the law of hierarchy which is the path of Ascension.

Every human being lives many cycles during their existence. Remember, as much as your life sucks and filled with pain every human is going in the direction of Ascension. All the human family experiences the same phenomenon of cycles as does the Earth, our solar system and the galaxy and our entire Universe … We are always in constant motion. These cycles are like small steps that allow all life to ascend to a higher consciousness. These are evolutionary cycles.

At this time our planet, solar system and galaxy are all in great movement and our galaxy in which our planet is a part of has entered the Photon Belt. It’s not a belt LOL  it’s like an ocean of light. So, what that means is that everything in our galaxy including us has entered this ocean of light, higher energies of light...hence, the Ascension of the human species we’re experiencing.

The Photon Belt can transform all that is matter... Meaning it can change its vibratory frequencies to levels like we couldn’t even imagine. Unfortunately, it often happens in the course of colossal destruction. The destruction of planets, and also the destruction of the human species. Because, all that cannot vibrate in this immense vibrational transformation is in some way destroyed. Are you getting the picture? Wake up!

Also, the light of this Photon Belt has extremely important action on the human souls whether here on planet Earth or elsewhere. Of course, beings that are on planets not of free choice, higher dimensions and of a higher vibration will not integrate or experience these higher photon frequencies the same way the lower vibratory planets will which makes sense.

The energy that the human being integrates will help them evolve depending on the work accomplished and depending on the maturity of that human beings soul and where you are at in your level of consciousness. These higher frequencies transmutes and transforms everything it penetrates, it also can have a destructive effect on those who are not capable and fight these higher frequencies and choose to not integrate with them. (Fight your programming)

This is what’s happening now at the end of this 26,000 year cycle we’re at the end of. We entered the Age of Aquarius in 2012 and remember every constellation gives off a certain frequency and in that frequency we experience a new step in our evolution thru those new experiences. Every astrological Age is a product of the Earth's slow precessional rotation and lasts for 2,160 years, on average (26,000-year period of precession / 12 zodiac signs = 2,160 years). Again, this upheaval our planet is experiencing are essentially due to the resistance of these higher frequencies. (Light outsing the dark, the dark cannot handle these higher frequencies of light)

The souls that have remained asleep and ignorant to these higher frequencies will commence another cycle of life on other worlds in the third dimensional existence. Those of you that have awakened will have completed an entire cycle of experimentations thru your experiences. Think of your passage through the Photon Belt as a ticket brought on by thousands of lifetimes.

Basically, you are understanding how it is to live in a higher dimension which is love, you’re starting to understand how to live in a higher vibrational state of consciousness. Really, this new energy means you’re less human, you’re becoming the hybrid being we were supposed to be in the first place. These new frequencies will completely change our world...it’ll change the way man behaves, thinks and reacts and also it will end the dominance of the low vibratory dark energies in this world.

Once we integrate into this new world we will be entering the heart of the Age of Aquarius and what that all entails. Eventually, everything will stabilize we will be finished living through the great turbulence of humanity.

And remember just cause your eyes can’t see it yet, your mind can’t perceive it yet or your body can’t feel it yet... remember, you are still living in this Photon Belt of higher energies and it’s penetrating you whether you know it or not, these energies are helping you to Awaken and preparing you for what is coming. Meaning, we’re going thru a birth of consciousness and nobody said it was going to be easy.

A Message from the Archangels of Light from Sirius

Love Yourself! Message from Sananda

A New Cassiopeian Alliance for Humankind ∞The 9D Arcturian Council

No Need to Rush

Mercury Retrograde in Aquarius in January-February 2021 - An Overview
Become a Patron!

We have 1536 guests and no members online