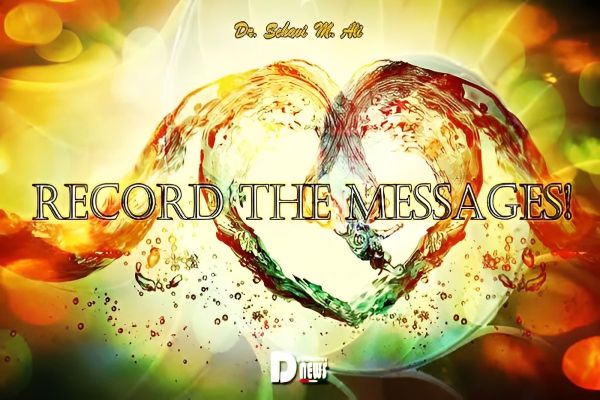 When people are diligently engaged daily in spiritual activities such as prayer and meditation, the HIGHER SELF/SOUL/SOURCE FREQUENCY opens wider “ITS” sacred doors of mysticism and delivers messages that we are able to more clearly understand.

The messages may come as periodic visions, as audio-psychic experiences, or in dreams orchestrated in the astral realms as prophecy.

Because our solar system and planet are receiving astounding pulsations of LIGHT from “The Great Central Sun”, the “The Great Attractor” (please refer to the Great Attractor detailed article on this), and “The Photon Belt”, and have been for a very long while—with intensity of the LIGHT increasing—cellular records and DNA are sufficiently cleared-out, cleansed, and upgraded (although the process is not complete) such that future events can be known quite readily.

Many people world-wide are reporting visions and dreams that are very similar and which materialize either almost immediately or have yet to manifest.

Some are receiving verbal messages.

The people who have shared strange seeming revelations with me are not taking hallucinating drugs and are not prone to delusions.

They are intelligent, righteous, spiritually-focused persons of various age groups from children to young adults to middle-aged to seniors.

I have shared in a recent previous article my own revelatory messages about possible coming cosmic events.

It is clear that some segments of humanity are being given insights about our planetary, solar system and galactic future—either quickly coming to manifestation or are a ways off yet in terms of time.

Most people, however, are sensing that “something” is building and will soon occur.

For those who are receiving mystical messages regarding a future event, I recommend keeping a journal that is specifically oriented towards these messages.

Both drawings of what may be given as a vision as well as writing about it is important.

Sometimes we are also given information on how to prepare for the coming event.

These should also be recorded.

Several people have shared with me that they are guided to have family members live nearby rather than in different states or countries.

Thus, many people are moving closer to their immediate families or other relatives such as aunts, uncles, and cousins.

Even “extended families” which is a phrase often used to define good friends who are like close biological family members are working on moving to closer proximity with each other.

Sometimes people ask where safe zones will be in case of a cosmic event.

The answer is that no particular place can avoid the cosmic happening.

It is global—not just in certain places.

It is true in this current time frame that earthquakes and volcanic eruptions are more prevalent in particular areas—such as 90 percent of quakes and 75 percent of volcanoes happening around the Pacific Ocean.

This is known as “The Ring of Fire.”

There are more tensions in the tectonic plates in this area.

However, when quakes and volcanic eruptions occur in one place, other places can receive “side effects” of them which usually manifest as storms with darkened skies, torrential rain, flooding, and power outages.

“The Great Central Sun” sends forth the energetics to our Sun which then relays them to our planet.

Of course, as mentioned previously, our entire solar system is zooming towards “The Great Attractor” and also moving through the “The Photon Belt”.

From a Spiritual Science perspective, however, these events are creating a completely new planet which has been depleted of HIGHER VIBRATIONS and allowed to descend into low level vibrational frequencies due to a high percentage of low collective consciousness in this era of chaos.

Even though SOURCE is also orchestrating the scientific aspect, this is our being “allowed” to know about the material energetics that are creating a new reality while at the same time, many are “allowed” to witness the spiritual formations of the “New Now”.

To be stuck to just the science of occurrences will not suffice in understanding what is coming.

There must be SPIRITUAL SCIENCE as the subject matter of focus.

Leaving the INFINITE PRESENCE out of the equation of creation is not—and has never been—wise.

Mankind has paid a big price for such ignoring of their very SOURCE.

For those who still refuse to believe in what is often termed “A HIGHER POWER,” they may soon be made to face their foolishness.

An in-depth study of history—not just engaging in a mere overview— reveals how civilizations have been “allowed” to rise but then fell because of ego and attempts at rivaling THE DIVINE in many ways.

As we move ahead in months and years—in decades and generations—in eras of space/time— we need to avidly increase our SPIRITUAL QUOTIENT (SQ).

Record the messages that you are being blessed to receive as you perform daily tuning-into the HIGHER SELF/SOUL/SOURCE Like reference books we consult in a library for information on subjects we are studying, your journal will be a “spiritual reference book” of what perhaps may be a future that average individuals do not have the capability to fathom; yet, they will be in need of assistance from those who were dedicated to continual development of HIGHER KNOWLEDGE.