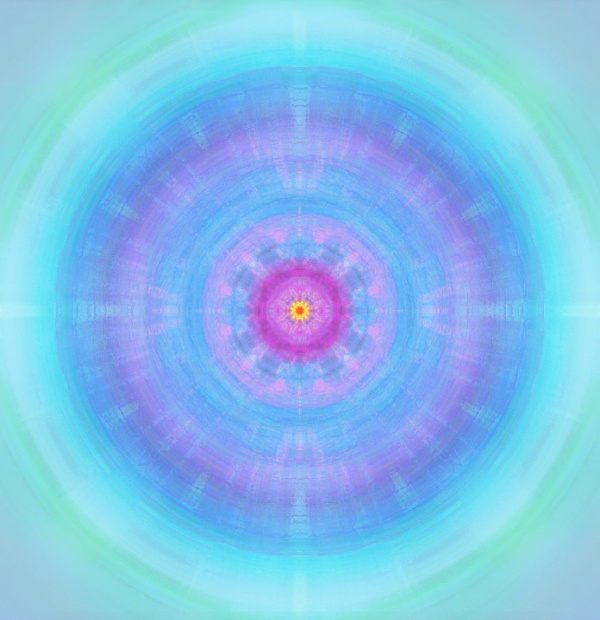 Recently, we have witnessed some of the mysteries of the mechanics of creation unfolding, with revelations and advances in the war over consciousness and more specifically the war over timelines. There has been an acceleration in the war over the timelines involving the Electric Wars in the Gaian Matrix, as we have learned that the Wesa entities captured the Gaian matrix in the phantom in order to exploit the Ascended Master DNA recorded in the planetary instruction sets. These morphogenetic fields are primarily Violet-Amethyst Rays which hold the DNA creator code and all of the consciousness memories of the authentic Ascended Masters that first incarnated in our Universe from the God Worlds.

The Violet Flame Holders act as the embodiment potential of carrying out the function as the portal transition teams to help soul groups in the lower densities to correct their Violet Ray aspects, reclaiming their original etheric identities from the Gaian timelines. The Keepers of the Violet Flame gradually embody the complete planetary cellular memory banks that are stored in the crystalline matrix field of the earth parallels and the future earth Gaia, and when they are spiritually activated gain access to have clearance to the 15D timelines that link into every portal in the Universal Time Matrix.

When enough of the Violet Flame Holders have embodied their corrected fire letter sequences as a result of the ongoing corrected Violet wave plasma activations, this aligns with the Metagalactic Core and generates major shifts in the planetary architecture that correct the alien machinery reversals that had previously distorted the planetary 7D Violet Ray current. See Inverted 7D Violet Ray.

Embodiment of the Christos diamond sun blueprint allows for discernment of Artificial Timelines, by testing the signature of field architecture and noting that the architecture or timeline is being generated artificially via Alien Machinery and is wholly inorganic. An awakened human with an active 12 Strand DNA imprint and higher, may run base 12 frequencies throughout the planetary grid, which has the potential to heal the dimensional splitting that occurred between the organic reality and phantom reality. The organic layers co-exist with phantom layers, side by side in timeline stacks. It is possible to discern the organic timelines versus the artificial timelines, when running the Christos Blueprint 12 base code frequencies within the Lightbody.

The majority of the active artificial timelines are using reversal elemental structures that are being plugged into the planetary stargate system, have been connecting with several wormholes that lead back into the Black Hole System. This phantom Gaian network was supporting the holographic projections of Artificial Timelines used by the NAA to generate splits and inversions throughout the earth’s dimensional fields through 7D inverted current. This extensive alien machinery network was operating in the Gaian phantom body and in the 7D Phantom Wormhole, which in the current spiritual warfare, this machinery is being dismantled and dissolved into small consciousness units in order to be transited out from our matrix. It is a battle to the death with the shadow creatures, and so the psychic attack has been high and the dark forces are very aggressive against all Christos Starseeds and Indigo lineages.

As a result of the powerful Cosmic Gateway this month, our body will start to remember more of the memories and historical records that had been deeply buried in our subconscious, in order to transmute negativity and clear out dark energy, implants and pain body blockages. The historical records, monuments and artifacts of humanities evolution have been deliberately destroyed, altered or erased on the surface of the earth in the attempt to eliminate the accurate consciousness records in order to gain control over the future timelines and genetically modify human DNA. At this time, we have the dueling agendas of those NAA groups whom oppose the Ascension timeline and the consciousness liberation of humanity and are working aggressively to stop it from happening. They cannot stop it, they only delay it through the manipulation of past timelines that the masses are feeding into with the current global genocidal agendas. Thus, they employ forceful AI countermeasures in attempts to maintain a particular rift in the time space continuum, which has been used to power the holographic version of the time loop that projects the third dimensional reality into the controlled narrative, which includes the Great Reset courtesy of Black Suns.

Thus, our ascending body may be processing some very complex energies as we start to remember the emotions or sensations that we may have experienced throughout the Gaian and Orion Wars, that had negatively impacted the collective human consciousness on earth. Because humanity has not been given the appropriate context for Collective Consciousness memories, through Galactic History, we may not have the correct memory associations to them when we are directly experiencing the emotions or processing the sensations that may bring great impact to the physical body’s usual functioning.

Having context for the Great Galactic War history on Gaia, give greater context and meaning to the memory associations that occur throughout the remembering process, and the patterns we are seeing in the globalscape. When we start to remember what has happened to humanity in the Gaian War, this supports the reclamation of soul fragments and the returning of consciousness memories that were being manipulated by the AI version of the 3D timelines. The NAA have used dimensional blending experiments and alien technology to eliminate certain historical timeline records and to manipulate the perception of important figures throughout human history, in order to control or eradicate these memories from the physical 3D matrix of human perception.

Humans running the AI red-violet-magenta wave programs aka Red Cube technology are what feed into the AI Dark Mother lunar gestalts, spawning false holograms of Cloned Ascended Master identities which also power up the Azazael gestalt. This weapon is designed for the vilest NAA entities to station themselves in the artificial timelines pretending to be Ascended Masters or friendly advanced humans from the future, who mostly appear in Ruby Sun DNA cloned bodies with Azurite Ascended Master angelic human features.

The Red Nile Cube is an advanced Wesa AI weapon with extensive programming used to continually clone and spin out false holograms of Christos Diamond Sun DNA families, Azurites and Ascended Master Christos lineages in this Universe and in Wesa. This AI weapon is cube technology that is used as a cloaking device for the NAA to parade false identities and generating phantom pockets, to hide the many layers of hierarchies that form into the Wesa shadow armies.

The Red Cube technology capitalizes on painful emotional astral damage and mistaken identity, confusing identities, so that the target cannot tell who is who, what are the false timelines and imposters versus the authentic identity. The targeted person can mistake AI Digital Twins inserted into their hologram as their twin soul, or whatever else that can be included to interfere with integrated spiritual Ascension by confusing them with mistaken identity or Hero-Savior archetypes. This includes the target believing that they are this special identity from an inserted digital twin of a cloned Ascended Master in their lightbody, in which this clone runs AI red wave, false feminine violet programming or other artificial frequencies, which is quite common in the new age circles without Negative Ego training and Victim-Victimizer clearing.

In order to be freed from the control of the AI reality, one must see it as false. The artificial reality is based on maintaining deceptions and manipulations that keep us ignorant of the larger truth. When we recognize the false reality and its deceptions, it naturally leads us to want to recover more accurate and truthful accounts about humanities history, genetic evolution and who was actually involved. What events really occurred in the human race that produced such levels of darkness, ignorance and suffering that we can see in the world today? The story of humanities evolutionary history is much bigger than what we are cultivated to believe as the adaptation of the best genetic mutations from apes via survival of the fittest and natural selection. This deeper inquiry and questioning of reality open up the collective consciousness memories that have been suppressed, the consciousness memories that we have had recorded within our physical, emotional, mental, and spiritual bodies from the Gaian War, when our Ascended Masters, our Founders were hijacked and cloned in AI versions, such as Azazael.

We see you clearly. It is only a matter of time.