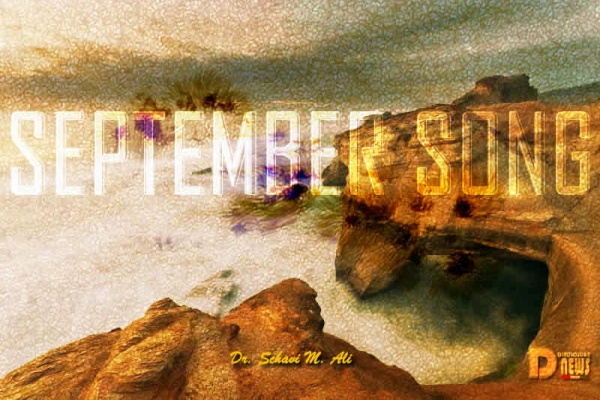 Solar flares are currently in the mid to upper “B-Class” levels, but stronger “M-Class” levels could still occur in coming days.

As has been discussed in previous articles, the cosmic music is continuing.

Its rhythmic blasts of LIGHT are assisting in the elevation of collective consciousness along with today’s current “Power” reading of “49” on the Schumann Resonance chart readings from Tomsk, Russia.

Hertz levels from “40” to “100” are Gamma energy according to scientific research dealing with brain waves.

Higher readings than those mentioned (which have been in the recent past in the “700s”, “800s”, and even in the thousands such as “1200”) are indicative of profoundly elevated frequencies of vibratory power acting upon all aspects of the spiritual, physical, mental, and emotional parts of humanity.

The phoneme “HU” is ancient Medu Neter (“Sacred Speech”) of Kemet (Egypt) which translates as “Creative Utterance”, and the phoneme “MAN” is from the Sanskrit term “MANAS” and translates as “Mind” and also as “Consciousness”.

Thus, to be “human” is to have the power of “Creative Utterance and Consciousness”.

Therefore, our words and thoughts carry atomic energy—electromagnetic SOUND and LIGHT transmission and reception— into the ethereal realm for manifestation of experiences.

When SOURCE “allowed” the extremely higher readings referred to above, which were well past “100”, to be recorded on technological equipment many months ago, it was to prepare us for the tremendously higher frequencies that Earth/Gaia would be taken to in space/time continuums to come—beginning in the very time frame that is occurring in this “Now”.

When “black-outs” occur in the equipment when there is no obvious malfunction, it is sometimes the case that energetic currents from the cosmos are so high that technology cannot record them.

The human nervous system becomes the “equipment” that “records” the happenings, and the “recordings” are in the form of the “Light Activation Symptoms” (LAS) becoming very prevalent among the collective—not so much now as cleansings and clearings— but as pulsations of LIGHT streaming into the DNA within each cell.

Let us consider some examples from general planetary experiences.

Think of the attendance at a musical concert that is to begin at 8:00 PM at a large major auditorium.

Perhaps there are several people who arrive late because there was a back-up of traffic on a road or expressway.

The theatre directors are not going to say to the Maestro: “We are going to wait until all guests have arrived and all seats are filled before the concert begins.”

The latecomers will either be admitted to the auditorium when they finally arrive or they may have to wait until intermission to be seated.

They will have obviously missed some of the concert but not all of it.

In like manner, some people still have lots of cleansings and clearings to be done in their cellular records and some just a bit still more.

Some are so wonderfully elevated that they are receiving constant LIGHT transmissions but perhaps still some minor clearing-out of cellular debris continues as they still must deal with the “3d” plane in terms of their relating to others.

Thus, all of creation is in various stages of clearing, cleansing, and LIGHT reception just like students in a school.

Some need to study harder than others, and some need extra help from tutors. “Professor Solar Flare”, “Professor Solar Wind”, “Professor Coronal Mass Ejection” and their “cosmic colleagues” in the “Cosmic University” are all demanding that “books” be opened, that “lectures” be attended, and that “notes” be taken in the course called “Earth/Gaia” in the “curriculum” titled “Galactic Elevation”.

The “Great Central Sun” and the “Photon Belt” are the “hallways” that we move through on our way to our classes, and our guide to our “classrooms” is the “Sun” of our galaxy.

September is filled with many cosmic songs—flares, winds, CMEs, several retrograde planets (Mercury soon included), star blasts, soaring comets—all LIGHT transmissions—causing the reception by Earth/Gaia to to take the form of ups and downs in frequency and amplitude rhythms and to surge with more “contractions” of “re-birth” manifesting as quakes (many in the “5.0” and over “6.0” ranges), volcanic activity, hurricanes (Hurricane Ida is said to be much stronger than Hurricane Katrina years ago), tornadoes, floods, and other types of “third stage labor”.

Some of these songs are loud and harsh. The planetary inner core and the outer field stir with anxiety. For much of humanity, sleep is unavailable.

Fatigue becomes complete exhaustion, and moving through the day is like struggling through a muddy swamp. There is little appetite, and food is eaten only for nutritional value. Sinuses are plugged. Intestines flush out toxins. Muscles ache. There is dizziness and stumbling into walls and furniture. Stomachs bloat.

Many ask when the “labor” will end. They desire the “re-birth” immediately.

They want to know why they have to wait for others to “catch-up” to their already elevated understandings.

The questions hold the answers.

For too many eons, humanity has been separated via its lowered collective consciousness from each other and from being properly connected to the Divine principles of SOURCE. This is being corrected.

Advanced beings in other galactic dimensions do not view entities from racial, economic, philosophical, or political perspectives.

Entities are considered as being from certain planets and galaxies—period!

Whether your skin is dark or lighter in hue does not matter. What matters is your moral character and your willingness to be a peaceful member of the cosmos.

Thus, the destructive horrible “tones” of war must be annihilated. Purposeful creations of bio-weaponry diseases must end. Taking dangerous chemicals must halt. Slaughtering animals for scientific experimentation, food, and fashion must cease. Manipulation of Nature must stop.

Every unkind, selfish, and greedy action must come to closure. All of these disharmonies are being drowned-out and destroyed by the “CONCERT OF LIGHT”.

Increasing percentages of humanity are awakening to TRUTH daily. In human calculations, this will yet take more “time”, but in “Sacred Time”, only another moment is needed.

So, everyone should continue to perform spiritual rituals according to their path and live from a natural orientation.

The old proverb which teaches “Patience is a virtue” is accurate.

Without it, the dawn would not arise after many hours of being entrenched in the darkness of night, nor would a precious pearl form in the shell of the oyster, nor would a plant or flower emerge from a seed, nor would a work of art be completed. In like manner, our crystalline “composition” from its carbon base is being steadily “created” and will be beautiful.

This planet’s “re-birth” is a work of art, and anything of authentic beauty takes a while. As a line in a famous Lord Byron poem says, which I take the liberty of applying to Earth/Gaia: “She walks in beauty”.

So do we, for we are of “Her”, and more importantly, we are of SOURCE. September is a potent “cord” in our “musical workbook”.