How Do I Love Thee - Let Me Count The Ways 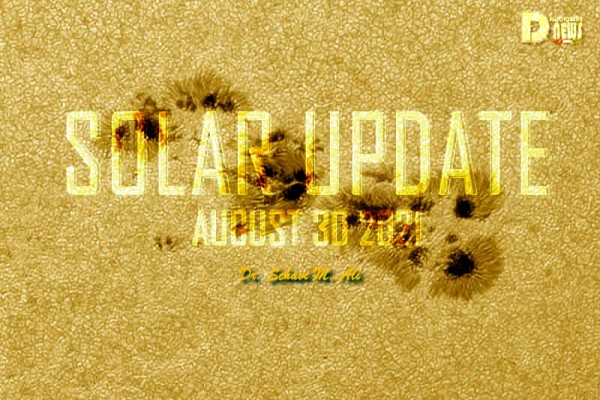 As we head into the month of September on Wednesday, and as of today, Monday, August 30th, as we enter the “pre-shadow” of the next Mercury Retrograde, the Sun of our galaxy (a multi-dimensional stargate ) has unleashed solar flares of strong “C-Class” levels, and several sunspots are boiling with “M-Class” solar flares which could impact our planet beginning today or tomorrow.

Another coronal mass ejection (CME) is also on its way to Earth/Gaia.

People are noticing that the Sun is immensely bright and sometimes has a golden glow around it.

It also sometimes has pastel-like colorful rays blasting out from its center.

It is no longer the yellowish or orange hue that we drew with our crayons when we were children.

This increased intense brightness is indicative that our Sun is receiving more powerful energy from the Great Central Sun and the Photon Belt—both of which are being activated by SOURCE LIGHT.

Thus, the succession line of energies, frequencies, and vibrations of the cosmos is suggested as being: SOURCE, THE COSMOS, UNIVERSES (sets of mechanisms of consciousness), GALAXIES, PLANETS, ALL SUNS AND MOONS OF THE PLANETS, ALL STAR SYSTEMS, and PLANETARY BEINGS.

Every aspect of creation receives the pulsations of SOURCE relative to what SOURCE decides to send. If we just consider our “blue planet” of Earth/Gaia, it is experiencing intense “labor” of “re-birth” as “Her” “contractions” (earthquakes, hurricanes, typhoons, tornadoes, tsunamis, etc.) increase and come closer together as the “forceps” of solar flares, solar winds, CMEs, solar sector boundary crossings, heliosphere current sheets, etc. open “Her” womb.

With the following planets all in retrograde: Jupiter, Saturn, Uranus, Neptune, Pluto, and Chiron—and soon Mercury—our planet will be activated at its core with powerful throbs and in its outer field with equally strong electromagnetic spins (interactions of waves of subatomic particles) as the various geometrical angles of both the Tropical and Sidereal Zodiacs of the other planets affect “Her”.

Humanity’s molecules will spin faster (prepare for physical heat surges in whatever part of the globe people live), and many hearts will beat rapidly (as Earth/Gaia pulsates faster).

Other cellular cleansing and clearing “Light Activation Symptoms” will vary individually and collectively as the move upwards into brighter and faster-spinning placement in the heavens continues.

In the Tropical Zodiac, the Sun is in the constellation of Virgo which symbolizes work-related issues and focus on health. Virgo is a very analytical sign which digs into the details of things.

Together, the Sun and Chiron are offering the message that spiritual, physical, mental, and emotional wellness can be acquired if the work is done of deeply researching the truths and untruths of various situations. Let us take a detailed look as Chiron.

In ancient times, Chiron was first sighted hovering over the Great Pyramid on the Giza Plateau in 4400 B.C.E. at three degrees of the constellation of Taurus, and it remained in that position until 2200 B.C.E.

In Greek mythology, Chiron was a Physician , Astronomer, and Teacher of warriors.

Because many warriors receive injuries in battles, Chiron was called the “Wounded Healer” or “Healer of the Wounded”.

Because the sign of Virgo deals with health, it was given Chiron as its governing planet.

However, more ancient teachings are that whatever constellation a planet is initially sighted in is where it is to govern.

Thus, Chiron, along with Venus, is a planet for Taurus.

In modern times, it was “re-sighted” from an observatory in Flagstaff, Arizona (USA) on November 1, 1977, by Dr. Charles Kowal at the exact same placement of its ancient sighting—three degrees of Taurus!

This seems to add emphasis to Chiron’s governance of Taurus.

With the erratic, technologically-driven, surprise-bringing planet Uranus in Taurus until April of 2026, it is personifying its need for Chiron to send forth healing vibrations throughout our galaxy (which, of course, includes Earth/Gaia) as the Virgoan Sun assists in the process.

There WILL BE a removal of the vicious pandemic from our planetary home and the revealing of the roots of its beginnings.

It will take time, and it will not be without constant debates on both sides of the table about the efficacy or not of the inoculations developed to destroy it.

There will be battles for truth and healing—hopefully not literal battles— but with Uranus energy at the helm, we must be prepared for any eventuality.

This is why SOURCE LIGHT is so intense, potent, fast, and coming in like a targeted laser beam.

The cosmic frequencies of stepped-up solar flares and CMEs are “Lightwarriors”. They deliver healing “batons of LIGHT” to us, and we race with them down the healing track like Olympic runners, handing them off to our brothers and sisters who need them too.

Uranus cheers us on, and Chiron soothes us and anchors us to Nature’s healing rhythms.

We need Uranus and Chiron on our “team” because Pluto in Capricorn in the Tropical Zodiac until 2024 (it entered the sign in 2008)—although it is in a harmonious trine position to the Sun in Virgo at this time is in challenging square to Chiron in Aries and is bringing “battles” to be settled because Pluto is placing “LIGHT” on shake-ups in corporations, stock market crashes, business closures (large and small), military build-ups around the globe, increased warfare, famines, new diseases, earthquakes (most above 6.0), volcanic eruptions, all sorts of cataclysmic storms, and numerous other “wake-up calls”.

We must prepare our “Medicine Wheels” and conduct our rituals.

They become our symbolic “Dolmens” (cellars in ancient times where spiritual people went to meditate and receive healing energy blasts).

Stones placed in strategic ways are “Medicine Wheels” and have always been respected as consciousness-raising technologies.

Many people in today’s modern times refer to them as “Grids” and create them with various crystals and gemstones.

We can create a very powerful “Medicine Wheel” in this “Now” in the following manner using our “GOD PARTICLE” (pineal gland) and voice:

When the the pronouncements have been made, everyone should be silent for several minutes and pray from their hearts for any specific need that they or loved ones may have. To add spiritual ambiance, Sandalwood incense sticks placed in the ground is wonderful.

The vibrational energy of the Sandalwood smoke is healing to the nervous system, strengthening to the immune system, balances hormones, balances all of the chakras, lowers any elevated blood pressure, and protects the auric fields.

If desired, everyone can be given a small vial of Sandalwood essential oil to anoint his or her third eye with after the ceremony is completed.

Afterwards, everyone should silently return to their homes. This ritual can be done at any time in September.

However, I recommend that it be done prior to Mercury’s retrograde height which begins on September 27th ( as a reminder, the total retrograde portal is September 27th to October 18th with the “post-shadow” being from October 19th to November 6th).

September is expected to be a very profound month of both cosmic and worldly activity based upon astrological alignments as well as intuitive messages from many researchers around the world from various types of spiritual paths.

It will supposedly set the stage for the next months of 2021 and also give us hints as to the beginning months of 2022.

It is important to remember that cosmic energetics are continuing to elevate—just like human consciousness is invited to do.

There will be swings upwards and downwards in amplitude and frequency of Earth/Gaia—signs of swirling LIGHT activating the planet and of the continual “contractions” mentioned earlier—ramping up and then settling for a bit of time while we ponder our transformations.

The “birthing” process, however, will not stop until a larger percentage of the collective is fully anchored into the LIGHT, further crystallized, and greater in spiritual orientation.

Consciously bring down your personal “Pillar of LIGHT” by envisioning “IT” pouring down from the Great Central Sun to the Sun of our “current” galaxy to Earth/Gaia and then into your crown and throughout your physical vessel.

Anchor the LIGHT down into the planet.

Take deep calming breaths as you do so, and always stand with your arms outstretched and palms up as you embrace the LIGHT.

This will be protective, centering, and “grounding”.