The Proliferation Of Cosmic Rays 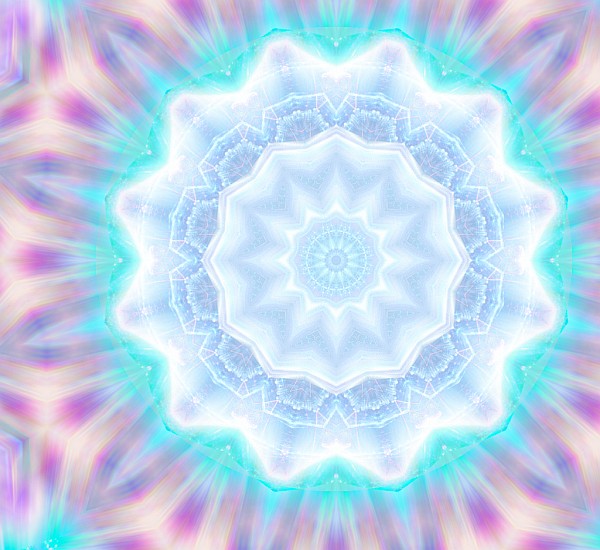 The themes primarily showing themselves in the outer environment are the same patterns which lead to growing and feeding Victim-Victimizer (V-V) collective archetypal forces which trigger an assortment of ego defense mechanisms in individuals. When we digress into V-V patterning, usually the controlling type of personality will come in for a targeted attack to add more pressure or intimidation tactics through emotional manipulation in order to get what they want. We can observe that when the sorcerer archetype does not get what he/she wants, they will resort to an assortment of other types of more sophisticated manipulation; gaslighting, DARVO, humiliation, bullying, persecution and more.

The level of sorcery mind control that is being used by sorcerers to subjugate the masses to accept a genocidal agenda is at an all time high.

The sorcerer comes in many forms; celebrity, authority figure, politicos, influencers, social media, leaders, organized groups, people around us, etc. The sorcerer is a vampire conjurer of the V-V collective forces in which they receive emotional payoff and feed off of the negative emotional energy when it is triggered in people around them. These collective archetypal forces can become the source of our inner emotional triggers and are commonly embedded upon unhealed emotional wounds that surface into the conscious mind in the use of language that has energy manipulation signature. Manipulation can be very subtle and/or very obvious, manipulation and coercion are tactics used to gain control over others.

The manipulation signature that is in use on the collective consciousness to push victims and victimizers is so very sneaky, so very twisted and anti-human.  It feeds upon our unhealed fears, self doubts, lack of trust, and feelings or beliefs of low self esteem that rely on outer appearances rather than truth and authenticity. The more of this negative emotional content that remains unhealed as the pain body, the easier you are to manipulate and control. The Controllers and the NAA entities know this well and will attack our weakest links which are generally connected to primal survival thinking.

The sorcerer archetypes are casting spells on people's minds, repeating the same nonsensical drivel over and over again to gain our submission and feed the flames of fear and self doubt. Stay strong and do not succumb to this spellbinding, stay away from the sorcerer types as their job is to invert your mind, invert your thoughts and invert your spiritual connection.

We may need to be brave and see clearly that sorcerer types may be false friends and even family and loved ones, people who have been recruited by their own fears and thus take the place of the sorcerer to spread his inverted mind and inverted beliefs for self imposed slavery.

As an example of dark portal people being weaponized for committing sorcery for the sorcerer, there has been a pattern of V-V enforcement through the fear based. I notice they parrot the anti-Christ mind control and have a response for every statement made as to why you won't be getting the toxic injection. The retort is telling an individual (adult or child) to go sneak off and get the shot and not tell their partner, spouse or family. They are bribing children and adults to get the shot. Every opportunity to generate breaches of trust and wedges between close family members, parents and children are being used, this is to isolate and destroy family bonds. Make sure that you have a honest and clear communication with close loved ones, especially kids. This is pure evil at work, see it for what it is and its loses power.

The tale of the Evil Magician was mentioned by Gurdjieff in Ouspensky's book In Search Of The Miraculous. It well illustrates the current events of mind control propaganda being used by black magicians and sorcerers to trick humanity and control their perception.

There was an evil magician. He lived deep in the mountains and the forests, and he had thousands of sheep. But the problem was that the sheep were afraid of the magician because every day the sheep were seeing that one of them was being killed for his breakfast, another was being killed for his lunch. So they ran away from the magician's ranch and it was a difficult job to find them in the vast forest. Being a magician, he used magic.

He hypnotized all the sheep and suggested to them first of all that they were immortal and that no harm was being done to them when they were skinned, that, on the contrary, it would be very good for them and even pleasant; secondly he suggested that the magician was a good master who loved his flock so much that he was ready to do anything in the world for them; and in the third place he suggested to them that if anything at all were going to happen to them it was not going to happen just then, at any rate not that day, and therefore they had no need to think about it.

He then told different sheep...to some, "You are a man, you need not be afraid. It is only the sheep who are going to be killed and eaten, not you. You are a man just like I am." Some other sheep were told, "You are a lion -- only sheep are afraid. They escape, they are cowards. You are a lion; you would prefer to die than to run away. You don't belong to these sheep. So when they are killed it is not your problem. They are meant to be killed, but you are the most loved of my friends in this forest." In this way, he told every sheep different stories, and from the second day, the sheep stopped running away from the house.

They still saw other sheep being killed, butchered, but it was not their concern. Somebody was a lion, somebody was a tiger, somebody was a man, somebody was a magician and so forth. Nobody was a sheep except the one who was being killed. This way, without keeping servants, he managed thousands of sheep. They would go into the forest for their food, for their water, and they would come back home, believing always one thing: "It is some sheep who is going to be killed, not you. You don't belong to the sheep. You are a lion -- respected, honored, a friend of the great magician." The evil magician's problems were solved and the sheep never ran away again.

The tale of the Evil Magician is analogous to the concept of the architect in the artificial mind control programs that are feeding the synthetic AI Matrix. This architect is the False Father God of the synthetic AI Matrix and in charge of the mind control programs that keep people in a state of fear, sleep and consciousness slavery. In the Castaneda books, the idea is similar to that of the dark predators who feed off the unaware humans of the world. Don Juan explains that:

The crux of the matter on which the whole ploy of the dark magician and his sorcery rests is humanities gullibility, complacency and tendency to wishful thinking which produce cognitive dissonance when faced with painful truths. The Gurdjieffian cosmogony traces these features to the organ kundabuffer or negative ego, implanted into man by fallen angels at the dawn of time to keep man producing vibrations for the Moon, which had accidentally broken loose and needed to be thus fed to prevent further disaster. The organ kundabuffer or negative ego makes humans see all as pleasure, to see the small as great and the great as small and for all intents and purposes see himself as privileged and immortal.  This is similar to Castaneda's description of the predator's mind. The so-called rising kundalini is just a remnant of the power of illusion used by the dark magician to make sheep think they are magicians themselves, Gurdjieff tells us. These are all traps of an undisciplined mind and dominate ego filter which block authentic higher consciousness from embodying.

Any variety of disciplines may be applied towards the setting of spiritual goals to achieve greater ego transcendence and spiritual embodiment.

One must comprehend that you can end the dark consequences of the negative ego filter and consciousness blocking with the three main factors which will cause the revolution of the individual's consciousness.

These three factors are:

The ego dies based on rigorous creative comprehension of these larger truths. The Inner Christos being is born within us during our hierogamic union with divinity or embodied Hieros Gamos. The Service to Others path is being of service with unconditional love, and naturally flowing in the moment. The energy exchange made between participants being of service to others, amplifies and expands consciousness growth like no other method. The more you amplify the energetic field of being in service to others, the more joy, harmony and spiritual gifts will be brought into your life. The more service you dedicate to Gods plan, the Law of One, the more spiritual support and spiritual presence one can exchange with God Force.

May peace be with your heart,

The Proliferation Of Cosmic Rays

Teachings of the Masters: You Decide

We have 1376 guests and no members online