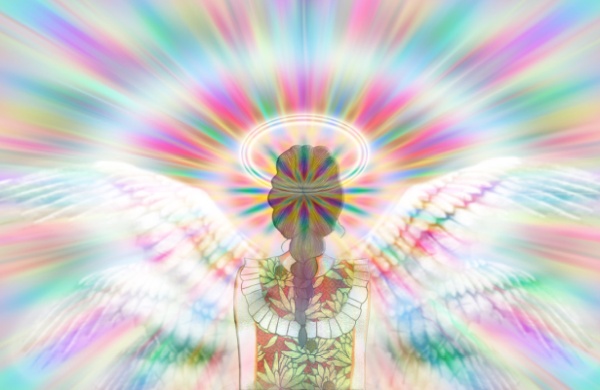 Currently, with the return of the Amethyst Order, many of us are having intense ascension symptoms while we are undergoing stages of spiritual activation and preparation for the changes ahead. We're having violet plasmic wave activations on the earth; and this has created potentially new activations in our pituitary and pineal gland. This is adjusting a specific cranium bone which has been primarily dormant, or implanted in order to stop its higher functioning. This is  the Sphenoid Bone. The sphenoid bone is the only bone that connects to all the other bones of the cranium and its movement is responsible for "milking" the Pituitary Gland to secrete its hormones. The pituitary gland is situated in the Sphenoid Bone at the base of the brain. The pituitary gland secretes nine hormones that regulate homeostasis in the body. As the master gland of the body, it produces many hormones that travel throughout the body, directing certain processes or stimulating other glands to produce other hormones.

This also impacts the Pineal Gland that produces melatonin, a serotonin derived hormone, that affects the modulation of sleep patterns in both seasonal and circadian rhythms. With metabolic changes occuring from intense magnetic shifts, many people are experiencing great changes or disruption in their sleep patterns and bodily rhythms. Heart rate, breathing, sleeping and eating patterns may feel like they are changing now.

Individually, the pineal and pituitary provide key influences in our spiritual awakening connected to the ascension stage of Building Wings. To become awakened into sacred union or hierogamy, the sphenoid activates these two individual glands to merge their energies in the brain and alchemically produce a new hormonal substance. The merging of these glandular energies allows the Cosmic Heart energies from the Godhead to be transmitted into the pineal gland which communicates to the pituitary, in order to merge with the physical earthly energies that the master gland regulates.

The pineal gland is connected to the female side of the 7th axiatonal Lines and the 7th chakra, as it is highly responsive to ultraviolet and violet frequencies. Once the pineal cage and crucifixion implants on the 7th axiatonal lines leading into the pineal are dissolved or removed, the 10th axiatonal lines and Solar Star Chakra will take the place of the 7D Crown, so the corrected crown pattern ultimately merges with the Avatar matrix when aligned to the consent with Krystal Star or Christos. This creates a triad pattern between the 6D link to pituitary, 7D link to pineal and 9D links into the hypothalamus glands in the center of the brain. Energetically, this corrected crown configuration can appear at a distance like a pale golden halo above the head.

The activation potential in the human body is coming online with the pituitary gland's higher functioning, which impacts the sphenoid bone's alignment in our skull, which acts as the housing for the pituitary gland. This area of our skull is a cosmic resonator of the unified consciousness of Christ or Oneness. The cosmic energy is transmitted through the Sphenoid Bone, and is also transmitted electro-tonally into the planetary grid pattern and instruction set. This particular Blue-Violet Ray language appears on the ley lines as the etheric light blue butterfly pattern in the winged shape of the sphenoid.

The butterfly pattern is seen in the shape of the actual Sphenoid Bone, which looks similar to our pelvic bone, except its inside our skull. 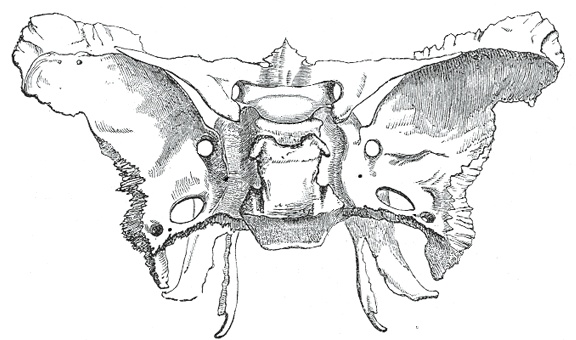 In the 3rd eye, or in the center of your brain, that is the area where the sphenoid bone is, and it is shaped as butterfly wings. This bone and this area of the inner skull is a receptor and receiver for cosmic energy. When a Gridworker is working with the planetary field or Ley Lines, or when communicating or connecting with the Earth elementals, this would be the area of the brain where you place focus upon. When focusing or directing energy, the cosmic energy from the center of your 3rd eye into your object of concentration, this area is the point of reference for the location of the center of the sphenoid bone. The cosmic intelligence transmitted from the central sphenoid is capable to holographically project outwards into the field into a winged or butterfly patterns, and this becomes imprinted upon the earth grid. This intelligence field transmission is called Dorsi Scroll light language. This was an edenic sonic language pattern that communicated with the nature spirits, elementals, fairies and the natural kingdoms on a planetary body, and this sonic language was originally on the planet Tiamat.

Dorsi Scroll is a Krystic elemental language that re-encodes the morphogenetic field pattern with the Edenic state of energetic balance aligned to Cosmic Order, which refers to holding the perfect balance between the Mother and Father principle in union, as a trinity force. It is being used currently to restore the trinity balance into the earth grid through the restoration of the feminine principle of creation. It's about creating the tri-wave patterns to run throughout the planetary brain and grid networks in order to produce what's known as Chalice configurations. Chalice configurations are fountains of life force that exist on active portals, and are the energy potentials generated between the white hole and black hole spin points, of which balanced tri-wave energy current can be created in a grid network to directly exchange feedback loops with the zero point field. The butterfly wings pattern is what seals or stabilizes the grid by aligning the language between the elemental energies and local natural forces, creating multiple feedback loops, which allows the Chalice pattern to flow more life force energy into that particular area of the planet.

The chalice configurations in larger centralized planetary networks are also called Diamond Hearts, they are the central heart hubs that circulate life force into many different tributaries in the grid and run differrent frequency currents into specific areas. The diamond hearts in the earth grid network prior to NAA invasion timelines, used to emanate life giving pranic and spiritual-energetic force into the human Collective Consciousness fields, nourishing all life forms on the planet, and were a source of free and abundant energy. Gradually, through the planetary hosting changes, the diamond hearts and chalice configuration are systematically being reprogrammed into the planetary grid networks, to be able to transmit Cosmic Mother and Cosmic Father frequencies back into our planet and human bodies.

As a Krystic being with an activated sphenoid, we're able to transmit cosmic energy and light language directly from our sphenoid and that particular aspect of the higher pituitary gland function is unifying with our brain hemispheric processes, and that connects our pineal and pituitary glands into unified functioning. When our pituitary and pineal glands unify their higher hormonal functions, it generates a brain and consciousness elixir. Krystal Waters is also known in the eastern philosophy as Amrita, and is a fluid that can flow from the pineal and pituitary gland when in correct relationship in the brain, in deep states of activated kundalini or meditation. With the fully activated sphenoid we have a Krystal Palace located in our brain space, and this performs this consciousness function, which potentially helps to reset the elemental patterns of the earth grid in the earth brain, from the projections made from our own brain waves. At this level of heightened consciousness, it is possible to project the patterns of perfection from our own brain into the earth brain. The small amount of Oraphim on the earth currently, as well as Krystic people on the Christos Mission, are able to perform this service of helping to create unity fields for the earth.

The sphenoid is the highest link in the skull, as it is the keystone. This area in the skull is referred to as the Holy of Holies in the structure of God's Temple. Our entire body is made in certain mathematical proportions which emulate the architectural pattern of the Krystal Cathedral or Krystal Palace. And within the body's mathematical alignment, the sphenoid would be considered the Holy of Holies, the most sacred space. It's where the Holy Spirit, the Cosmic Intelligence of the Godhead, is directed from the Holy of Holies, and through that particular pattern that is infused with the bright illumination of the God source, it configures into this butterfly wing pattern, like the shape of our own sphenoid.

I hope this is helpful to connect the dots as some of us are undergoing another intense integration phase with many metabolic changes impacting the physical body. Take good care and be well in this amazing time of global awakening.