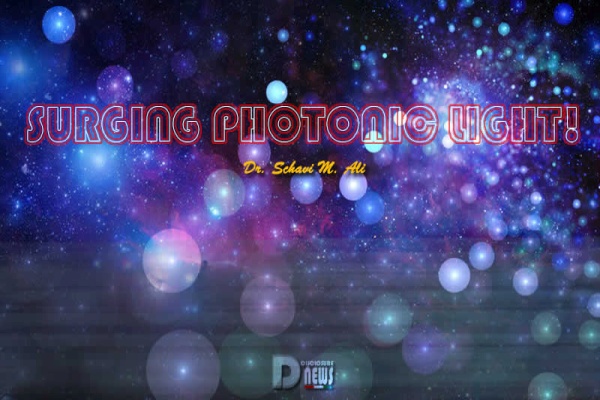 As September of 2021 continues to move along with the Full Moon coming on September 20th, the Equinoxes (Northern and Southern Hemispheres) on September 22nd (or 23rd according to time zones), and the Mercury Retrograde height beginning on September 27th (lasting until October 18th), in the past several days, our planet has been experiencing elevated levels of LIGHT pulsations due to medium-strength to strong solar flares, increased solar wind speeds, and coronal mass ejections.

These cosmic energetics are causing colorful auroras around the globe. Auroras occur when charged particles of photonic LIGHT surge into Earth/Gaia and activate “Her” magnetic field by charging the electronic particles in “Her” magnetosphere.

They are usually most evident after coronal mass ejections have occurred, but they can come on their own without the flares preceding them.

The “Great Central Sun” charges-up the Sun of our galaxy which then releases all of the foregoing into our planet.

Subsequently, all of creation (both human and animal) on the planet is also charged-up in various ways physically, mentally, and emotionally as LIGHT soars in and around us continuing to cleanse and clear cellular records and transform the DNA in every cell to a multi-stranded vibration.

Every Full Moon portal (which is approximately three days before, the day of, and for three days afterwards) moves into a particular area of the cosmos where it communes with the Sun in a “musical score” which “plays” the created “tune” on the “instruments” of planetary creation.

However, when a month like this one of September 2021 is also filled with other “tunes” of solar dynamics, the LIGHT is more profound.

The “Light Activation Symptoms” which can be most pronounced at this time frame are extreme exhaustion, strange pulsations in the crown, tingling sensations in hands and feet, dizziness, sudden anxiety (panicky feelings), rapid heart rhythms, intense heat throughout the physical vessel or feeling chilly, lack of appetite, nausea, diarrhea, clogged sinuses, vivid weird dreams when sleeping, inability to sleep (insomnia), very sleepy and thus needing to doze off for long periods, and muscle pain when no injury or physical strain has occurred.

The phrase “Self Nurture” has become almost a mantra in this “Now” of planetary and galactic transformation heading into the “Shift of the Ages”.

However, there are far more dimensions created by SOURCE than these, and many are periodically traversing into them and back to the 3rd to perform daily human obligations.

Thus, consciousness has become capable for many of moving into other time lines, i.e., other dimensions, and eventually the “Body of Pure Light” will follow.

In a world which for many ages has been immersed in material focus, logical analysis, political intrigue, philosophical theories, economic gain, war, dangerous experiments with Nature, and more activities which have detracted from studying and processing spiritual principles, becoming “Light” seems like a television or theater fairy tale.

However, if previous annals of the space/time continuum are understood, this will be known as our coming reality.

To reiterate some of the characteristics of “Sattva Yuga” (“Age of Peace”—“New Golden Age”) which have been discussed in previous written discourses they are: world-wide peace, tropical weather everywhere, life times of thousands of years and even immortality, love for all of creation, no harm to animals for food or fashion, amazingly high intelligence quotients, no racial divisions, no feelings of superiority of one group over another, no atmospheric toxicity, righteous truly spiritually-oriented leaders, no religious indoctrination, no developments of bio-weaponry, no famine, no disease, total health, prosperity for all, and numerous other aspects of “Paradise on Earth”.

As of this “Now”, we are still in “Kali Yuga” (“Age of Chaos”) which can be attested to because the characteristics of the coming age have not yet been achieved, although many more people are leveling-up in knowledge daily which is a good sign that collective consciousness is indeed beginning to elevate. There is a type of fatigue amongst humanity whereby they are “tired of being tired” and are frustrated by the constant activation symptoms.

This is the very fatigue that will force a readiness to do something to bring about regeneration and revitalization, and it begins by questioning the current collective experiences of the “Now” which are so very daunting for most. The questions deserve answers.

The answers are found in the HIGHER SELF, the SOUL—the DIVINE WITHIN—the SUPER CONSCIOUSNESS OF SOURCE.

People are not born hating and with ideas on how to oppress others and how to tamper with Nature, etc. However, they are born with certain ancestral “samskaras” (“conditionings”) residing in their cellular memories.

These as well as the current life experiences are being cleared and cleansed. So, not every “Light Activation Symptom” is of the current time line, but whichever time line they are from, a removal of disharmonious “notes” must happen. This is the purpose of the SOURCE LIGHT.

“IT” is clearing and cleansing ancestral time lines and current time lines, re-wiring DNA, giving opportunities for the leveling-up of collective consciousness, and giving “introductions” to the “New Golden Age” so that creation will be ready for the “complete book”.

Another metaphorical way in which to look at this is to think of eating delicious healthy appetizers before a wonderfully nutritious meal.

We are “hungry” for the “New Golden Age” because we have just about “starved” in the era of chaos and confusion. We are ready to take our seats at the “Golden Age Banquet Table”.

The cosmic energetics happening throughout these final few days of summer in the Northern Hemisphere and winter in the Southern Hemisphere are seemingly intensified because planetary experiences have reached a peak.

There must be NEW VIBRATIONAL FREQUENCIES OF COLLECTIVE CONSCIOUSNESS TRANSMITTED AND RECEIVED VIA LIGHT AND SOUND. We must anchor into SOURCE via daily prayer, meditation, the rituals of our particular paths, studying higher knowledge, and by eating organically, drinking plenty of spring water, taking natural supplements and homeopathic remedies (such as “Bach Flowers”), using essential oils, wearing blessed prayer malas, and chanting sacred mantras.

Many planets are retrograde (Jupiter, Saturn, Uranus, Neptune, Pluto, Chiron [and soon Mercury])—all of which are building in energy that will be released when they go direct, each at a different time.

In the “lovewhile” (instead of “meanwhile”), cosmic solar energetics are “performing” their “songs” and “flaring” and “mass ejecting” across the “cosmic stage”.

We sense their coming, experience their arrival, and acclimate when they exit.

We are dealing with what has occurred in the space/time continuum many eons ago.

This is a “new production” with “new and greater special effects”.

As the title of a lovely movie states: “SHALL WE DANCE?”