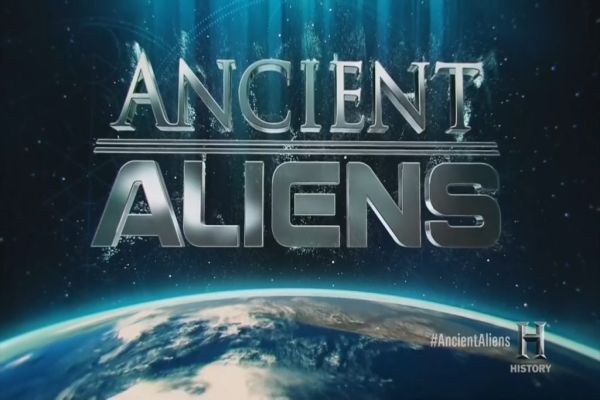 To divert attention, lies are published over and over again. Already in 1974 before he died in 1977, Werner von Braun, the German-born NASA scientist, told his assistant Carl Rosin the truth about the fabricated alien invasion and weaponization projects the US had in mind.

Most of his predictions have since come true.  Watch this short video, to better understand what is really going on, and what the ultimate goal is of the Deep State Cabal.

In this video, Dr. Carol Rosin, former NASA scientist and witness with regard to the Disclosure Project, gives very important information. Remember, this was in the year 2000, before 9/11, when the only things that had happened were Oklahoma City and the WTC bombing in ’93. By which, the cabal realised that something bigger had to happen.

Understand, these cabal beings don’t care anymore. They have been getting away with terror acts for so long that their hubris and outrageous activities have become a sport. They know well that no one in the general public reads anything that is published.  If anyone does read it, it is always dismissed as a joke or conspiracy theory, the so-called ridiculing “excuse”.

They publish their 2030 Agenda and talk about how the world’s population must be reduced by 90%: but also about the use of eugenics and economic terrorism. When sharp reactions come, they say it is a, “joke”. Their well-paid scholars are the compartmentalised experts, active in every field to manipulate everyone below the top of the pyramid. In short, social engineering.

This group is a gigantic, worldwide intergenerational secret Luciferian occult organisation of unimaginable evil, based on ancient Babylonian Talmudism, better known as Baal-worship. Either way, they will never agree to end their reign of terror and monetary hegemony over the world. The only sensible course of action is for them to destroy themselves, which is now happening in real time before our very eyes.

This article makes it clear that governments and banks are criminal enterprises that simply pocket the people’s assets and funds.

No normal thinking person wants to experience perpetual wars and planetary destruction, to suffer pain, sorrow and disease. Still less, the dictatorship that the Cabal exercises on this planet.

These criminal thugs will soon be called to account for their atrocities and crimes. It is they who have plundered humanity, since the very beginning of the Central Banking System and beyond. The day of change for the better will come.

Bur now, the Deep State Cabal is getting nervous. Their despair is no longer internet talk. The positive changes will benefit the whole populace. In the place of negative events that have overwhelmed and devastated the world until now, positive events are now coming.

In anticipation of this, feel grateful and try to imagine rebuilding our world, in complete freedom, with free energy, unlimited wealth creation, without famine, ending poverty, with creative jobs for the benefit of humanity and the planet.

Embrace the concept that we humans, obtain the means to carry out all that and more. Expansion through innovation and unrestricted initiative, creativity, entrepreneurship, culture, etc. Think about it, for this is the way to make things happen. Be assured that we will overcome and evolve. We are going to fulfil our potential as a human race. What is going to happen now is right on time. In other words, our time.

Extraterrestrials exist in their worlds just as we do on Earth. But they are many times more developed, more gifted and more advanced. There is no need to be afraid of them, they have never harmed anyone. They have come to help us with advice, but we have to carry it out ourselves. Every night you can observe at least one of their giant spacecrafts.

Unlike the mainstream media and governments who try to make us believe that they are a threat. Extraterrestrials are peaceful loving beings. Their civilisation is based on love, compassion, empathy, integrity, wisdom and spirituality.

Unfortunately, extraterrestrial races that are not benevolent or neutral also exist and have settled on Earth. They have been operating on our planet for hundreds of thousands of years, mining gold and enslaving us. They have taken possession of our planet and now want to destroy humanity on earth for good, by means of poisonous Covid injections.

These are negative beings, devoid of compassion and emotion. Luciferians who worship Satan instead of God. They have no respect for our planet, and even less for life on Earth. They are evil ET races including the Dracos and Grays who oppress and terrorise us humans.

That is why now well-meaning ETs have come to our aid and have sealed off all escape routes from them.

They too have been on Earth for many years and their numbers are growing daily. They have come to expand human consciousness, to guide and awaken humanity. They can make their spaceships visible or invisible at will.

The Earth frequency is undergoing an unprecedented shift from 7.8 Hz to eventually 40 Hz, for transition to higher 5D-ascension. It is a Spiritual evolution leading to the liberation of humanity. This is absolutely unique in the history of the universe.

It is important to know that these extraterrestrial visitors are our brothers and sisters from the star worlds; they are our family of Light. Family always comes to help when it is most needed. They are loving races from different star bodies who work together to help earthly humanity. They are united in the Galactic Federation.

The Galactic Federation is a large group of advanced spiritual beings that watches over the evolution and consciousness on Gaia. Gaia is the ancestral mother of all life on Earth in the Universe.

They are negative minded beings who know no compassion, respect or love. They worship Satan instead of God. They have no respect for planet Earth, and even less for life on it. They are evil ET races where, among others, the Anunnaki, Draco and Grays have been terrorising our planet for 500,000 years. That is why well-meaning ET beings have recently landed on our planet and are moving in large numbers in gigantic airships through our skies, to protect us.

In a negative world, it is easier to deceive people than to convince them that they are deceived. – Mark Twain

It is useful to provide an exposé on truth that reflects reality and is comprehensible to the logical and emotional understanding. In today’s 3D truth, much has been distorted by the suppression of crucial knowledge. This creates only a limited sense of reality with little depth.

Although, countless different space races exist. The mention of five main groups of higher beings now present on our planet is important. They are present to assist humanity with advice. They come from different Galaxies; they are humanoid races with different visual characteristics.

The Galactic Federation consists mainly of the following five Star Nations: Pleiadeans, Andromedans, Serians, Arcturians and Lyrans. They are highly developed spiritual beings from different worlds who work together as a family of Light.

All these groups have solid connections to planet Earth, and therefore heard our call for liberation from tyranny and oppression. They decided to make themselves known to us and to watch over us and guide our evolution on planet Earth.

Since 1945, hundreds of reports of UFO activity have appeared flying over nuclear facilities. These unidentified flying objects, UFOs, have manipulated and neutralised the functions of Earth’s nuclear missiles. So that planet Earth will not be hit by nuclear explosions again, as happened in the very distant past.

You are invited to become a member of the FWC, click this LINK
Stay informed and subscribe for free, with no hidden commercial interest, it is at our cost that you will be kept informed.

Source: Final Wakeup Call | By Peter B. Meyer
Vital is a cultured man. He speak sPortuguese, Italian, Spanish, Veneto dialect and is studying English and French. He knows a lot about History and Geography. He is always up to date and follows everything that happens in the world. He doesnt't like parties. A man who believes in love. Who believes that life is only worthwhile when shared. A man who claims that the woman is the reason for everything, as she is the generative source of life. It all depends on how we conduct our actions. But most of all, we need to fulfill our mission in this lifetime. Find the path of Light, which will lead us to our ascension.