The Liberation of Ezekiel 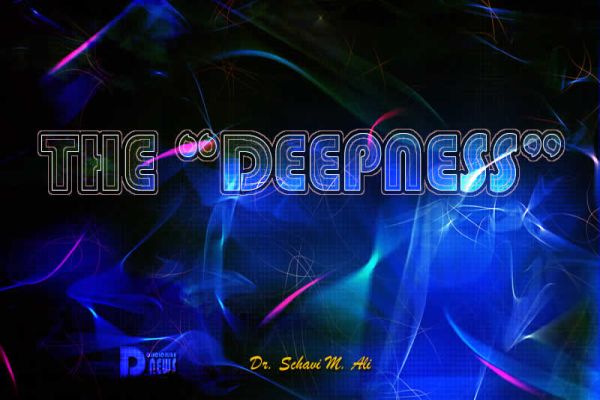 We know that Earth/Gaia is responding to daily cosmic events and is being shifted, transformed, elevated, and vibrating faster.

“Her” inner core is thrashing with enormous strength, and the most recent news from Oceanographers, Physicists, and Astrophysicists is that the Atlantic Ocean is splitting open; the Gulf of Mexico is heaving; tectonic plates in the Pacific Ocean are sliding; and seemingly several tsunamis are possibly forthcoming to European nations.

All of this, will, of course, affect the entire globe.

We may be being prepared for a global event of enormous magnitude via messages from the daily solar energetics which arrive in the form of flares, winds, CMEs (Coronal Mass Ejections), movements of our planet through CIRs (Co-Interaction Regions), being sprayed by particles from comets (the most recently awesomely bright ones being “Comet Neowise” and “Comet Leonard”), Photon Belt frequencies, the shifting of planetary poles, and more.

We are at a “Cosmic Community Fair” and are taking “rides” on many “Ferris wheels” and “roller coasters” of LIGHT, and the “gate” we came through to enter the “fair” was the “Great Central Sun”.

The entire space/time continuum is being re-set as also are individual planetary timelines–levels of consciousness which we are free to choose and then to have experiences based upon our choices.

Thoughts and the feelings about the thoughts are “things” (the experiences).

We, therefore, can create our own electromagnetic vibrational energy.

Remember, thoughts have electrical frequencies, and emotions have magnetic frequencies.

Thus, we “think about something”, have an “emotive response to the something”, and a subsequent outer experience occurs due to the mental images and feelings attracted by the “something”.

It is worth reiterating (especially since Mercury is retrograding for three weeks on Friday [January 14th] which is an excellent time for review) from a discourse published some time ago about two Russian scientists—Dr. Marina Popovich and Dr. Lidia Andrianova—who are not only traditionally educated and degreed through university matriculation but who are also very mystically oriented.

They have shared that there will be three “pre-cataclysms”, the first of which will completely disrupt global communications systems such as phones, internet, technological devices at institutions and organizations, etc., and these situations will occur because of strong solar activity.

Anyone who has studied and who is continuing to study cosmic occurrences will admit that indeed technology is faltering as potent cosmic events constantly take place.

The scientists go on to say that after this initial cataclysm, our planet will rise to a very high level of radiation due to destructions in power plants (such as what occurred at Fukushima in Japan a few years ago).

December 21st of 2012 supposedly marked the beginning of the “pre-cataclysm” warnings.

The second “pre-cataclysm” is to be an earthquake involving the west coast of Peru in the area of the “Brazilian Magnetic Anomaly” at the intersection of the “Humboldt” and the “El Nino” currents in the Pacific Ocean.

An area of the United States from the Gulf of Mexico to the Great Lakes will be possibly inundated.

Popovich and Andrianova say that the only way in which to avoid the cataclysms is to make what they title a “Consciousness Transfer” via performance of particular spiritual disciplines, and their focus is on the ancient Vedic teachings.

They have also decoded the messages in the many crop circles around the world which supposedly have come from our galactic family.

The messages are that we can achieve a higher material world without having to experience cataclysms.

We are, therefore, in a universe that is a set of mechanisms of consciousness.

Having discussed all of the foregoing, those who are elevating to high spiritual frequencies or who are sincerely desirous of doing so, would be wise to remember that SOURCE LIGHT is loving, merciful, healing, and protective.

Our planet is achieving “Her” newness, “Her” re-birth, and so is all of creation upon “Her”.

According to consciousness settings, however, people can have either blessing due to correct usage of free will or suffer consequences from their unwise use of free will.

Scientists have discovered that when we are loving, peaceful, and kind, our pineal glands release a hormone which they have labeled “ANANDAMIDE”, and this hormone washes over the DNA in our cells, and we then receive codes from Photonic LIGHT.

Our intuition is thus heightened, and our biochemistry (physical health) is enhanced. Interestingly, the first part of the word ANANDAMIDE is ANANDA which in Sanskrit translates as BLISS.

It is, therefore, also being called the BLISS HORMONE.

Even though there may be some reluctance to admit it, but traditional science is steadily increasing its study and respect for spiritual knowledge that has been recorded in the world’s holy texts many thousands of years ago.

For those who read the holy writings of the world, they are actually studying what are perhaps the greatest “textbooks” in existence.

SPIRITUAL SCIENCE, which could also be called SACRED SCIENCE, is becoming more and more the focus of acquired knowledge.

General university subject matter comprises almost merely supplementation in this “Now”—it is still viable— but it is not all that is truly necessary for anchoring to, reception of, and acclimation with the LIGHT.

In the near future, people interviewed on various television programs about political or sociological or scientific events will not be “experts” from prestigious universities, but they will be spiritual leaders who may also be university degreed.

Further, they will not be those who are advancing the teachings of systems of religious indoctrination.

They will be those who are deeply steeped in the Divine revelations given to ancient Sages long before recorded history.

Our planet is moving into a DEEPNESS—a depth where LIGHT is soaring out with a bright flash and a fast vibration that is almost unimaginable.

We are involved in a CHANGE OF THE AGES!

We have 1502 guests and no members online