The Electrified Field And The Schumann Resonance

The Electrified Field And The Schumann Resonance 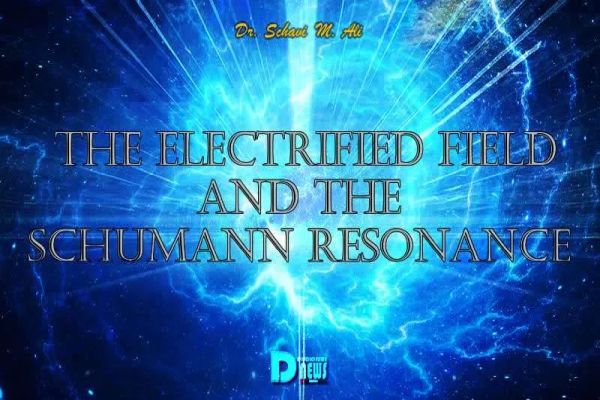 For five days now, technology that measures the “Schumann Resonance” (SR) has been blacked-out in the state of California (USA); in Hofuf, Saudi Arabia; in Lithuania, in Alberta (Canada); in Northland, New Zealand; in Hluhlu, South Africa; and in Tomsk, Russia.

What must be understood is that these are major reporting stations regarding our planet’s Vibrational Frequency (oscillations due to ACTIVATIONS upon “Her” via solar events) and amplitude (the strength and extent of the solar events upon our planet’s inner core and outer field).

Other equipment is being reported to be in fine working condition, but these are different types of technology.

They measure the “Electric Field” of our planet—not the ACTIVATIONS (which some scientists call “disturbances”) to our planet caused by such forces as solar flares, solar winds, coronal mass ejections, our planet crossing solar sector boundaries and helio-spheric current sheets, etc.

“Electric Field” measuring devices report on the physical field surrounding an object (in this case Earth/Gaia) which contains electrically-charged particles that exert force on all other charged particles in a specific field—either attracting them or repelling them.

In the subjects of “Atomic Physics” and “Chemistry”, for instance, the electric field is the attraction force that holds an atomic nucleus and electrons together.

It is also the force responsible for bonding together chemicals that result in molecules.

Devices which register the “Schumann Resonance” (also called our planet’s “Power” and its “Heartbeat”—abbreviated “SR”) are analyzing and rating Earth/Gaia’s ACTIVATIONS (movements of tectonic plates, for example) that are occurring inside of “Her” predicated upon the solar events mentioned which can result in earthquakes, volcanic eruptions, major storms (tornadoes, hurricanes), major floods (tsunamis), etc. which manifest outside—discomforting events that people can see and experience in certain locations but that can reverberate around the world.

For instance, places like Indonesia and New Guinea—both of which just had strong earthquakes yesterday and today (“6.2” and “7.6” magnitudes) are in the region called “The Ring of Fire”—a particularly sensitive area of tectonic activity and grid disturbances.

When powerful conditions occur orchestrated by solar events, these conditions can reverberate in other places around the world as “aftershocks”.

Again, all of these events happen as a result of the ACTIVATIONS to our planet’s inner realm and then the manifestation of them in the outer realm.

ACTIVATIONS begin inside then manifest outside.

Most people are familiar with the ancient teaching “As above, so below; as below, so above.”

Let us add to this in terms of the discussion of planetary ACTIVATIONS by saying: “As within, so without.”

Consequently, to repeat, the SR technology registers ACTIVATIONS to our planet—not the electrified field itself.

In simpler terms, the SR equipment shows us the overall result of Earth/Gaia’s reception of solar events and the transmission of them outwardly as quakes, storms, etc. —all of the weather patterns already mentioned.

It does not measure the idiosyncrasies of particle plasma such as the Magnetosphere charts do—one of which is governed by the “National Oceanic and Atmospheric Administration” (NOAA).

Thus, the “black-outs” in SR charts around the world in the most respected of SR-monitoring stations is illustrating that cosmic forces are too powerful to report on SOURCE FREQUENCY, but some aspects of what SOURCE has created such as electrified fields are still being allowed to be calculated.

However, such registering charts being allowed to continue is to actually get mankind to realize that we are allowed to know some things but not everything about the true controlling power of our existence.

When mankind begins to think that it knows everything there is to know or even tampers with Nature in certain ways in order to attempt to control it (such as experiments with trying to control weather and to penetrate black holes), and thus, when ego becomes arrogance, then a sign is given.

Eventually, all technology will falter for a while as a further sign from “SOURCE MISSION CONTROL”.

The journey towards a “Newer Now” has just begun as we continue to traverse the “Now”.

One of the ways in which LIGHT will come from darkness is to question the darkness—not to negate its message.

A HIGHER CONSCIOUSNESS must be applied in this current “Now”, and mainstream science is being forced to take a back seat.

We have 1271 guests and no members online