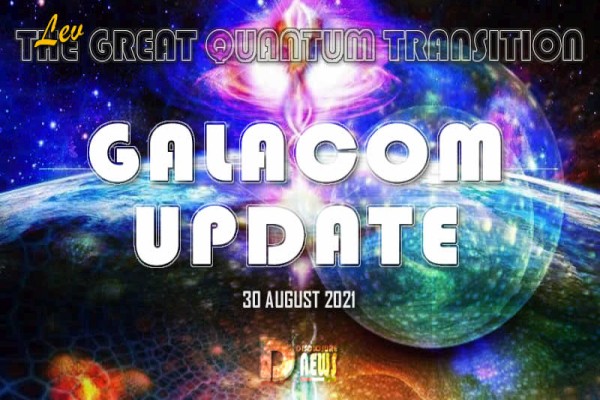 “The top of the Dark Forces pyramid in the Local Universe is decapitated. But the afterbirths want to rebuild it here on Earth, in its reality. Not on such a scale, but still save it.

We will not compromise with them. The Will of the Absolutes is with us. They will not allow us to leave the frontiers.

In the Solar System and on Earth, we continue our large-scale and multi-dimensional offensive. Our Outer Planetary Control is strengthening.

The enemy suffers losses but is still dangerous by its unpredictability and aggressiveness. From all worlds of the Universe, it surreptitiously draws forces and concentrates them in the Solar System and on Earth.The situation remains difficult, and we are dealing with it on many levels. We are doing everything possible and impossible to break the fierce resistance.

Each of us stands openly and surreptitiously on the defense of constructive boundaries at our site.

Those who oppose us have an unenviable fate. Here they are doomed for splitting and annihilation.

Now, Earth is closed for contact with the Universe, but this is a temporary measure.

Destructive forces will not be released from the planet and will be incinerated here.

A sortie here and there won’t help them. Our guards are everywhere, in all dimensions and spaces.

Casualties cannot be avoided. The enemy is strong, cunning, and crafty. It knows how to use flattery and promises to enlarge its ranks.

We tear off false masks, but new ones appear in their place. Light Forces remove the darkness even though by the actions of people it continues to increase.

But for the destructive forces, power and prosperity are over. They don’t know where to run and hide. Earth does not need them.

It’s about a secret world government that’s taken over many Earthlings.

An Emergency State has been imposed against it and is gradually gaining momentum without being overly publicized.

The time and opportunity have come to remove this world government.

It has been severely indicted for trampling on all rights and given a tough ultimatum.

It bears full responsibility for its wrongful deeds.

Some of them are willing to cooperate to save their lives. Others remain intransigent and continue their former policies.

Black Hierarchs who have moved to the Light Side are also involved in bringing order and eradicating the consequences of their former deeds. It was another reason for the introduction of the Emergency State.

There’s not much we can disclose yet, and we have to keep the secrecy. But our battle group is on Earth for a reason.

Our Earth ground teams, like three-dimensional magnets, help us operate in all realities, on all planes of this planet.

Your anchor is perfect for us. Results will manifest soon on both physical and other levels.

The forces of the irreconcilables and their auxiliaries and armies are dwindling. Earth’s Lightwarriors are fewer in number, but their Spirit and resolve are much stronger despite lies and rage, pressure, and disenfranchisement imposed by destructive forces.

So far, transformations in the third dimension are not going so fast, sometimes even treading on the spot. There are still many implanted black and gray schemes in people’s subconsciousness.

Without zeroing them, we won’t move one iota. That’s why it’s such a complicated situation on Earth. The past is pulling everyone back by its baseness.

Now a better-trained army is coming to defend Earth. It will have to stand up to the end. Hybrid warfare can go to the other plane.

Along with the Absolute’s army, Argorians and other friendly space races are active.

The higher aspects of the earthlings are also involved. They help us as much as they can, trying not to strain you. It doesn’t always work and is sometimes ricocheted. But foe’s arrows are intercepted on the fly and sent back to the enemy’s heart.

We come to you from the depths of the Galaxy. To all at once and individually, to those in whom the soul is alive, and the Spark of the Source is at least glowing.

We are you whole and undivided with the Higher World. Many Teachers and Helpers guide you. For them and you, we represent the Source.

We are not afraid of Dark Forces. We are immune to them. No Artificial Intelligence has any power over us. It will not deceive us.

The main lie comes from it and its techno followers. AI obfuscates and entangles the three-dimensional minds of many to make them obedient and force them to live by the cues of AI’s developers.

Humanity, created as freedom-loving and capable of comprehending any knowledge, only on this planet is entangled with AI viruses programming mankind to slaughter.

We are the antivirus software for you that is very much needed now. After all, apart from Artificial Intelligence viruses, another virus is no less infectious. This is a parasitic system.

Powerful forces are needed to destroy it. Prevention is also necessary to guide, to teach people how to use and create the inner energy of self-sufficiency.

Now information comes to the Earth from many sources. It is carried by New Teachers and Mentors.

It is very difficult for them to be in this three-dimensional world. But they have made a courageous decision to come into 3D so that your life and the life of the Earth can be radically changed.

The Highest Will has given them carte blanche, allowed them to enter physical bodies in the third density, filled with toxic karma and other negative energies.

But the Galactic Logos together with Co-Creators and Higher Light Hierarchs will not leave the earthlings in dire straits.”