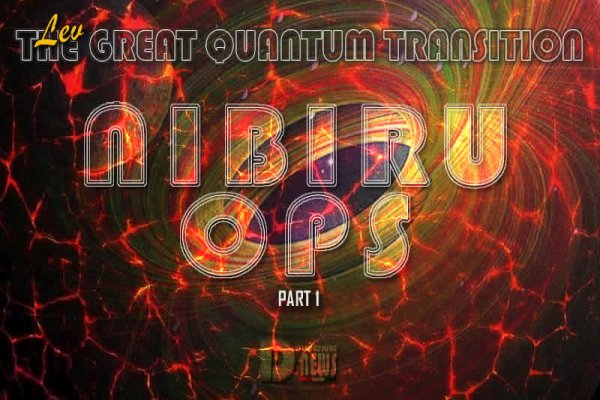 The Nibiru topic is often used to whip up mass fear and keep mankind in low vibes waiting for the Apocalypse. This fear is deliberately fueled as a delicacy for energy parasites.

They’re lying. Nibiru no longer exists. Co-Creators, Higher Light Hierarchs, and their ground team have destroyed this planet in a joint operation.

How and under what circumstances is in the information below.

The history of Nibiru goes back to the time when one of the Co-Creators of our Local Universe betrayed the Source and moved to the Dark Side. This Hierarch became the chief builder of the Black and Gray eons, populating them with his races. DNI narrated about it in detail not once.

One of the Dark races was represented by Abozis. He carried in his Monad’s core the aspects of the two Pleroma’s Supreme Hierarchs and Black Co-Creator who before his treason also was one of them.

Elongated back skull… scaly skin… indented nose… yellow eyes with vertical pupils… flat ears… hairless head… two arms, two legs… a short tail at the back… arms and legs have five toes, but no webbing between them…

Abozis was not a reptile in the classical sense of the word. He was the prototype and forerunner of the REPTO-HUMANOID.

Subsequently, Abozis, as a higher entity, also bred his races, actively experimenting with the Reptoid form. They, in turn, gave birth to many space civilizations.

The first of the races engendered by Abozis were Annunaks. They were his copy, an exact mirror reflection, and he was their creator and ruler.

But there were also differences.

Abozis had simultaneously physical, Subtle, Causal, and Monadic bodies. Annunaks had only a physical and Subtle one. This greatly influenced further events.

In fact, Annunaks were a herd of Repto-humanoids, united by a common idea put into them by their creator. An example of a unified and hive consciousness.

Annunaks were invulnerable. They had enough vitality to live for several hundred thousand Earthly years.

How could they live so long? Who gave them the life “fuel” for longevity?

There were three sources. Two of them were the aspects of the two Supreme Hierarchs of Pleroma, embedded in Abozis by his Black Creator. The third source was earthlings. In all cases, the vital power was pumped out forcibly.

The aggressive vampirism was the basis of Annunaks’ long life.

Earthmen were milked like cattle, sucking the scarce life energy out of them.

Annunaks had to live somewhere, and Abozis built a separate planet, eon, and reality for them.

That’s how Nibiru came into existence. At first, it belonged to supreme rank and had a Monad and its body of manifestation in the form of Logos, including a three-dimensional planet.

Its Monad’s core consisted of Higher Dark Hierarchs’ aspects. But Abozis also managed to “peel off” a part of the Gaia Monad’s core and put it the Nibiru Monad.

Abozis constructed Nibiru by analogy with Earth, although no one gave him the scheme (like the former Black Co-Creator – to Yaltabaoth, for example). He studied it on his own.

When the Nibiru’s Monad unfolded, it had several bodies of manifestation. The lowest one was projected on the three-dimensional level, similar to our 3D Earth.

It is a common misconception that Nibiru is the Twelfth Planet of our Solar System. Nibiru is persistently confused with the planet 2003UB313 in the Kuiper Belt which is indeed the 12th.

But Nibiru does not belong to our Solar System. The planet’s orbit is arranged in such a way that it periodically enters it. Perihelion is near the Sun, and Nibiru repeatedly returns to it and passes close to the Earth. However, its orbital period around the Sun is much longer than the 3600 years mentioned everywhere.

There is also another reason why Nibiru is not a planet of the Solar System. It is not the “child” of our Sun because does not consist of its proto-planetary matter. All the other planets do, and therefore they are the Sun’s “kids”.

The next common myth is that Nibiru provokes a cyclical shift of the Earth’s poles.

Re-polarization is caused by completely different forces and processes. Namely, the accumulation of critical imbalance in the Earth’s core and the impact of external forces associated with precession, resulting in a cyclic shift of the poles and a change in the Polar Star.

Nevertheless, approaching the Earth (and it is several times larger than our planet) Nibiru by its gravitation theoretically can cause an artificial shift of the poles, or even throw it out of orbit.

Or it may be when Nibiru passing and polarity reversal coincide in time. But it never would, for we will never see Nibiru again.

The fact is that despite all the higher aspects used by Abozis for the creation of the planet’s Monad, its Logos gradually began to lose the intensity of radiant synthesis, in simple terms, to extinguish. Over time, this has taken on an alarming pace.

For the reanimation of the Nibiru Logos, Anunnaks needed a huge amount of gold, as a superconductor of the cosmic Life energies. To this end, they turned the entire Earth into one giant mine and created their version of earthlings as a labor force.

The Logos was restored but only for a short time. Annunaks were faced with a dilemma: either relocate to another planet or take drastic actions to save the Logos which they also sucked to a frazzle, feeding on its energy and maintaining their “immortality”.

To save Nibiru, they decided to attempt an artificial Quantum Transition – to raise the Logos core’s vibes and move Nibiru from the third dimension to the fourth, without preserving the manifestation body in 3D.

There were no evolutionary prerequisites and natural possibilities for that. The calculation was made on a purely vampiric scheme – to use the 3D Gaia’s aspect to “harpooning” the 5D Earth, and with the latter’s help, abruptly increase the Nibiru vibes for a Quantum Leap.

In other words, to apply a “vibrational winch”, i.e. to first “suck in” to the 5D Earth’s Logos, and then “pull up” to it as by the winch.

Annunaks partially succeeded to implement this plan. They could grapple the 5D Earth’s Logos and sharply raise the Nibiru’s vibrations at its expense. The planet began Quantum Transition into the fourth dimension thanks to the resources of 3D Gaia…

An important clarification needs to be made here.

There are two main types of Quantum Transition of evolutionary systems. The first one is when a lower planetary body transforms into the higher dimensional one and thus ceases to exist.

The second type, also based on the lower body of manifestation, but as a result, it is not destroyed; only the assembly point (manifestation point) of the planetary or Star’s Monad is shifted to a higher-frequency dimension (density).

Both types of Quantum Transition are stages of spiritual and evolutionary perfection of the corresponding individual Intelligence form in the Universe.

The Monad itself determines the type of transition. Ideally, the second type is better, but not many planets and Stars can do it.

What happened as a result of Nibiru’s artificial Quantum Transition? Something went wrong, somewhere Abozis miscalculated, but Leap could not be completed.

The attempt was based on pure parasitism. It initially relied on vibrational vampirism, i.e. achieving the goal by stealing the resources of the other Logos and without its consent.

As a result, Nibiru’s Quantum Leap was halfway through. The planet came out of the third dimension but could not enter the fourth.

It hung, stuck between dimensions, at a point corresponding to the Portal of inter-dimensional Transition. These are special nodes in the framework of the Universe through which movement between spaces and dimensions takes place.

Co-Creators immediately imposed a karmic quarantine on the planet, though its reasons were purely technical.

In this state, Nibiru appeared to be nowhere. Its Logos continued to fade and was supported only by the vital resources of Annunaks. They, in turn, actively pumped them from everywhere, including humanity. Quarantine did not affect it.

Being in an inter-dimensional trap, Abozis and Annunaks worked out a new plan to save themselves, again at Gaia’s expense. This time they decided to hook on her at the moment of its Quantum Transition and unification with the 5D Earth. Further, they were going to capture the unified Monad and Logos of both.

The plan seemed quite realistic. During their rule on Earth, Annunaks created a vast infrastructure by which they could influence and even control the Earth’s Logos.

At first, Abozis considered his Annunaks as an alternative to Man. Then he decided that his masterpiece was better and higher, so humans had to be destroyed and his Reptoid race should be made dominant in the Universe.

Another delirium of a sick imagination? But who could have prevented him from carrying out the plan? Hitler’s ideas were also delirious and unrealizable, but that didn’t stop him from destroying tens of millions of people.

Abozis aimed to take over Earth (or to destroy it in case of failure). The second part of the plan, but taking into account the new circumstances, was to conquer the earthlings, not to kill them all.

But in the way of Abozis and Annunaks stood Co-Creators, Higher Light Hierarchs, and their ground team. Further events were truly dramatic.