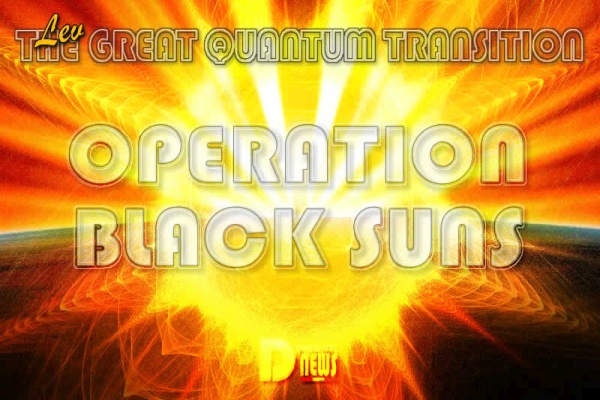 The Black Sun topic is very complex and confusing. It is covered by an artificially created veil of fog and has its roots in the distant past of Earth.

What was known about it?

In astronomy, the Black Sun is the point of unoccupied focus of the orbit by which celestial bodies move around the Sun, the apogee of the ecliptic, the point of the maximum distance of the Earth from the Sun.

It is not material, not physical to our eyes. But if a solar eclipse occurs near the Black Sun, the Moon most often completely overlaps the solar disk which becomes completely black.

The Black Sun is behind the Golden Sun, so we cannot see it but we get its Light. Modern astrologers note that the Black Sun is the gathering point, the target to which we direct our energies.

Everything that the Sun radiates to us, we absorb and use, and then give back – to the Black Sun. The radiation of the Black Sun is Vril, a power that can be used to make transitions through worlds, to control cosmic processes. 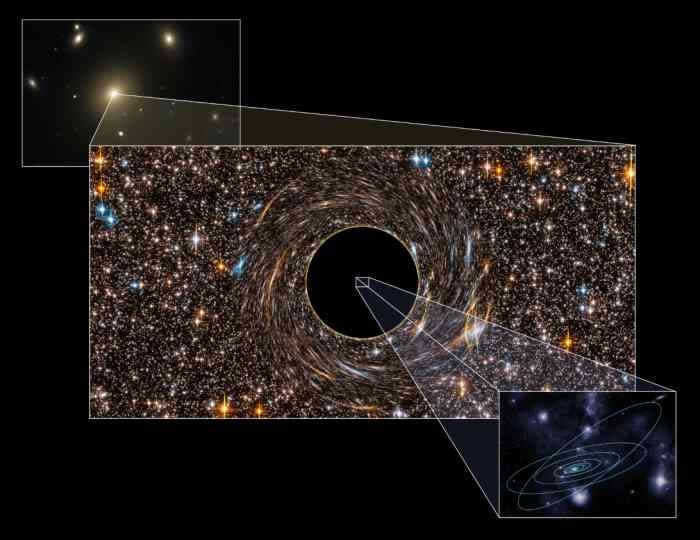 The Black Sun is a part of another Universe, antimatter which evolves in a different direction and in which a different Time prevails, i.e. Eternity – time not used, not embodied, abiding beyond our reality. It’s a gate of entrance and exit from our Universe.

Alchemically, the Black Sun corresponds to decay, decomposition, i.e. the state of death, an intermediate state in the process of transformation. Staying completely in the material and lowly state both of consciousness and body – it is impossible to pass through, to go to another state. It is necessary to cross the Portal behind which the shells that burden the Spirit are dropped.

Schematically, the Black Sun symbol represents twelve broken rays, lightning, reminiscent of the Sieg-rune, emanating from the Center and forming a Circle which is similar to the Swastika. The rays in this case may reflect the 12 months of the year. 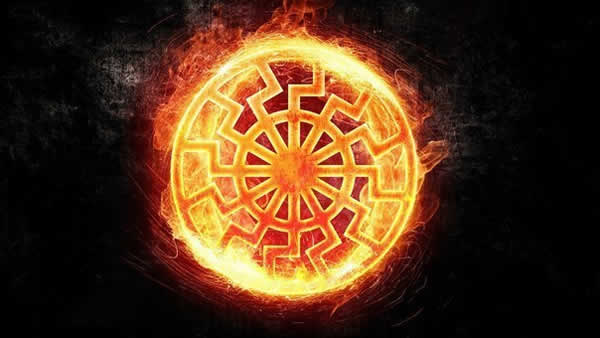 The Black Sun cannot be easily concretized. This is one of its many differences from the White/Golden Sun.

The existence of the Black Sun occurs in different states and dimensions similar to Micro- and Macrocosm.

On the one hand, the Black Sun is pure matter, as a body in the Universe, and on the other hand (in another dimension), as energy.

The third state is a combination of the first two. 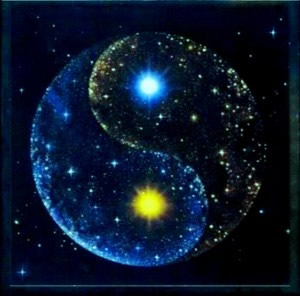 Together it emits energy that affects the inner power of an individual, a people, or also of an era, as a catalyst.

In different mythologies and cultures, it was manifested in different ways, but the principle has always remained the same.

The symbol of the Black Sun is a circle with twelve runes enclosed in it.

Ideally, it burns out all false knowledge from the Soul, showing the way to the Spiritual world. This symbol, as well as several others, comes from Hyperborea. 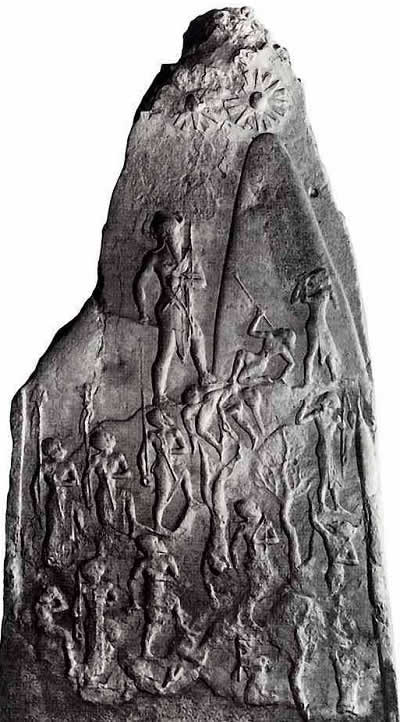 About 10,000 years ago, knowledge of it came to two countries in Mesopotamia.

The oldest archaeological document mentioning the Black Sun came from Susa (southeastern Iran) and dates back to the 3rd millennium BC.

It is a victory stele of King Naram-Sin, now on display in the Louvre, Paris.

Naram-Sin, the grandson of Sargon, was the founder of Akkad.

Sargon was the greatest ruler of Sumer and Akkad.

On Stela, the king is depicted wearing a horned helmet, standing at the head of an army in front of a mountain of gods.

And above them, two suns can be seen: Black and White.

The Black Sun sign was one of the most important in the Nazi Third Reich. 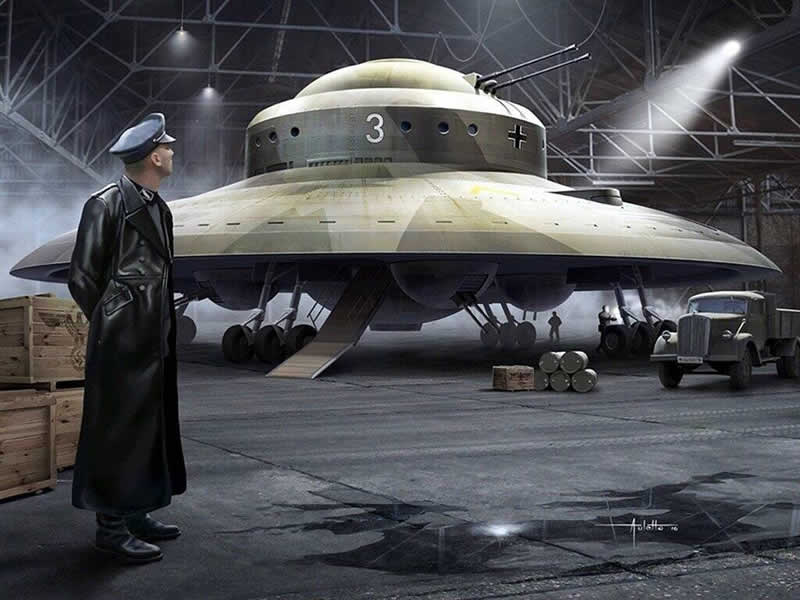 Based on the secrets of the Templars and the Vril technology, flying machines like the ancient Vimanas were being built in Germany (the Haunebu project).

The engines were based on designs by Schauberger and Kohler.

Vril, the radiation of the Black Sun, is also called Orgon which was rediscovered by Wilhelm Reich.

Looking closely, the sign of the Black Sun is like a dial, on which is marked the Great Solar Year by 12 sectors. There are also 12 Crosses Tiu, marking the tops of the median zones. The 12 Crosses are invisible, they are a hidden mass. The 12 Zieg-runes are also visible. 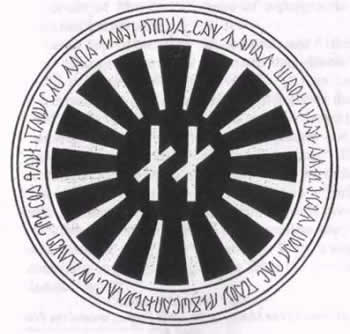 This is very brief publicly available info about the Black Sun. There are many contradictions in it.

Yes, the Black Sun does exist. It radiates energy and plays a certain role in the Universe.

But what kind of energy is this? Is it good or bad? Who does it come from?

Not for nothing did Hitler make such desperate attempts to get and subdue it.

There is a system of Spiritual Suns in the Greater Cosmos. The central one corresponds to the Universal Logos.

It is a network of White Spiritual Suns which, in turn, correspond to Star Logos who received a special initiation, as a result of which they received the right to act in this capacity.

The Black Archons, having created their structure on the Subtle and physical planes, copying the existing hierarchy in the Universe, have also mirrored the system of Spiritual Suns. They created a similar infrastructure of Anti-Suns or Black Suns.

The White Suns are the embodiment of Pleroma and its inhabitants. Black Suns were their antipodes and served as retransmitters of demonic energy aimed at taking over the Local Universe and subjugating the Absolute. For the system of Black Suns to function effectively, they required a constant feeding of human life energy.

The nearest to us Black Sun played the role of an invasive vampiric egregore. It gave strength and power to those who served it but in exchange took their life. 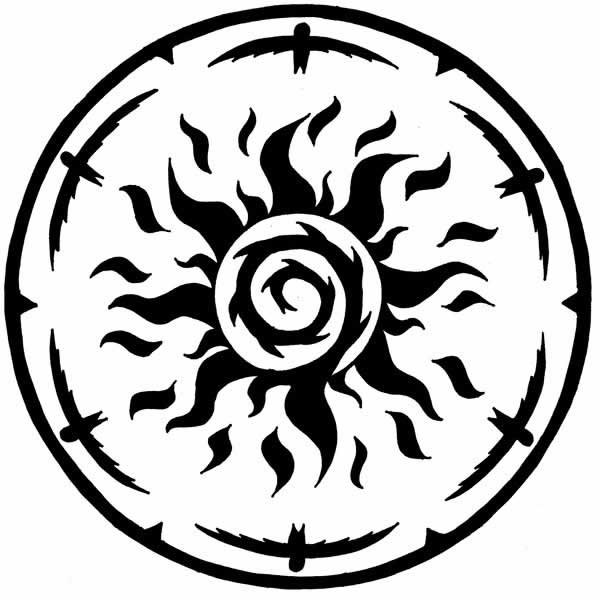 That explains such a large number of all sorts of cults and sects worshipping the Black Sun and its Mandala.

Its power was actively used by Hitler and the Nazis.

And in the past, the Archons even created a planetary Temple of the Black Sun, which was located in one of the Northern regions.

The system of Black Suns, unlike the White ones, did not always correspond to Star Logos. Sometimes it was 100% Subtle or four-dimensional, having no manifestation body in 3D.

The black antipode of our Sun also formally had no anchoring in the third dimension.

However, in reality, there was such a link. In many cases, the Black Sun consisted of the Logos aspect plucked from the White Sun.

Such was the core of our Black Sun, created based on the Logos aspect of Helios.

And this is far from an exception. In the Local Universe, Archons built an entire counterbalanced system where each White Sun was opposed by a Black Sun created based on its aspect or without it.

How the Operation Black Sun was carried out?

First, on the Subtle Plane, Co-Creators, Light Hierarchs together with the ground team created a Matrix (Crystal) of the Highest Creation. For that, they singled out from selves temporary Monad’s bodies and merged them into an integral whole.

Then, late in the evening of the planned day, Co-Creators made a capture of the Black Sun and placed it in the Matrix.

Within it, the attempt to split the core of the Black Sun resulted in the activation of a black hole, a super vortex state into which its core automatically moved, beginning to rapidly suck the surrounding matter and reality. 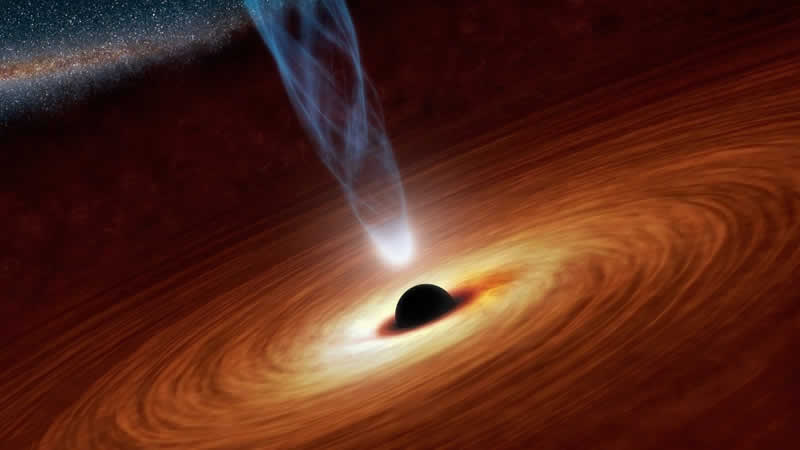 Thus, it was confirmed that the Black Sun system was created in addition to the previously eliminated system of latent black holes built by Archons to take over the Local Universe (see DNI, Easter Island Ops, Part 1 and Part 2).

Co-Creators were ready for such a development, so even before the Black Sun’s response, the Matrix they made had been accelerated to the vibrations of Absolute Synthesis.

It stopped the reactivation of the Black Sun’s core and its transition to a black hole. After that, the core began to rapidly lose energy, quickly fading and splitting in the Absolute Light.

It was not easy for the ground team members to endure this op throughout the night. By morning, when the core was nearly split, an aspect of the White Sun, previously captured by the Dark Hierarchy and used to create the Black Sun, began to crystallize within it.

As soon as Co-Creators noticed it, they immediately lowered the vibration of the controlled Absolute Synthesis and began gradually extinguishing the Matrix which served as a situational reactor.

Soon, the aspect was extracted and on the morning of the coming day, it was returned to its rightful owner, the White Sun, integrated into its Logos and then into the core.

This was not the end of the Operation. The Black Sun, by analogy with the White Sun, had 12 more bodies of manifestation in different dimensions throughout the Galaxy. And each had a huge amount of karma and radiated negative energy.

Without pausing, Co-Creators and the Higher Light Hierarchs immediately started the cleansing from the karma of these 12 bodies of manifestation. The head of the ground team took on the role of an active dispatcher, conducting part of the work through self.

The main purification was done through the Matrix of Highest Creation. The cores of the Black Suns were forced through this reactor, being purified into the vibrations of Absolute Light (Absolute Synthesis was not needed in this case).

When the purification was complete, Co-Creators pulled the Black Suns into the World Order (Ordering of Matter) Crystal. In it, all the matter they consisted of was transformed into the original quality of undifferentiated, primary matter of the Universe.

After that, the Operation was continued on the Earth’s surface, in Germany…

We have 1454 guests and no members online