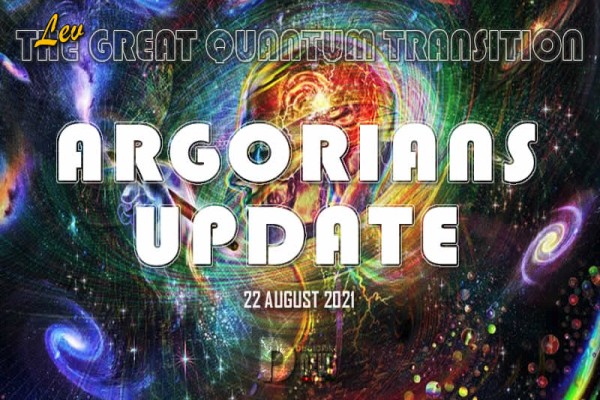 25D Argorian and 23D friendly space race squadrons transporting Earth to the new 5D vibrational orbit entered the singularity region. It is the region where space-time is warped.

Spaceships guide Earth through the quantum filter corridor. During the motion, Argorians continue to process the planet intensively by many force fields simultaneously. The figure on the right shows which ones.

The general background of the white energy ASTEMO forms the Intelligence plasma on Earth from the incoming new information flows, integrates the whole spectrum of the applied energies, and corrects the work of the entire planet’s system.

Siriusians’ Moon base in 23D has keeps the repeater-transformer in active operation. It cleanses and stabilizes the general intellectual field of the planet with the help of FIRSCO blue energy.

Using energy storage (matter), all Earth structures are changed through the water Matrices to enter into 5D space.

Argorians’ squadron transforms plasma cores by the light blue with silver BLISCO energy. It loads in the Hologram a new program of civilization Intelligence development.

The directional movement inside the quantum filter tunnel is produced by the crimson-gold MIRO energy. It feeds into the upper atmosphere, conditioning, purifying, and sorting the plasma, extracting the parts necessary for the 5D. This same energy is used to adapt the plant and animal world to the fifth dimension.

Interdimensional changes on Earth, the formation of the 5D Matrix, its energy structures, and matter are produced by the red energy ERMA.

The energies pass through the singular space Hologram under the impact of the ultrasonic location field.

In this singular space, using the purple (violet) energy GELUS, Argorians gauge the Intelligence plasma and scan the transformation of the molecules of all protein organisms and their adaptation to the new energies.

Four structures, squeezing force fields inside the quantum filter (see the figure), are 4D’s planes. They rotate in different directions, are filled with different quantum energies, and act as a squeezing force.

The next plane of brown energy GLASSO accumulates knowledge from previous stages of the Fifth Race.

The plane of green-brown FEARZIC energy changes the magnetic fields destroying the spent structures. The far-right 4D’s plane of dark yellow with a brown tinge FUARO energy stimulates the nucleation of 5D matter.

At the exit from the singularity space (left part of the figure), the quantum filter produces vector emissions of finished plasma with different energy spectra. Namely:

Inside the quantum filter, through which the Earth is now transported, singular space goes to the state of a compressing channel.

The following three figures show how vibrational vector energies are transformed in this channel, producing the radiant Intelligence l-gamma particles. They fill the Earth’s 5D field.

At first, the channel of radiant energy smoothly transforms into a quadrature state, expanding along directed radiation streams. Then it becomes a sphere. And in the end, in the center of the channel space takes the form of a hexagon – the Hologram network of new 5D space.

At the point of energy emission, as the squadron passes along with the Earth, the entire planet is filled with radiant Intelligence energy.

On September 6th, 2021, at 9:04 AM CET, Argorians’ ships have reached the sixth cascade stage in the third quantum filter’s separator.

Resistance of energies will grow on each cascade stage – in total, they are nine. On each, starts further purification and quantum restructuring of the planet, and the fractal of the fifth dimension building.

In the third separator, which the squadron entered on May 10, 2021, the consciousness of those of us who transform and purify it from low-frequency accumulations is changing. Otherwise, with such a load, we will not be allowed further by the filter cells.

It was in this part of the quantum filter that the division of earthlings into 16 timelines took place by the vibrations emitted by them.

At this section an enhanced pumping of the RNA and DNA by cosmic energy has begun, to raise the consciousness not only of men but of the entire planet.

For it, the pink-red with blue sparks Love energy GREMO is applied. Its impulses in our body transform muscular, venous, visual, auditory, and other systems.

Expansion of consciousness will be felt differently by us. There may be disagreements, arguments, quarrels. Even at the DNI site. There may be indifference and aloofness to events taking place.

On September 11th, 2021, at 3:16 PM CET, a squadron of 25D Argorians and 23D friendly space race along with Earth entered a cloud of supersensible radiation nebulae coming from the Gerios Galaxy.

It is in this Galaxy, closer to the Central Sun, where the star Oryx is located, our planet is moving to a new vibrational orbit 5D.

Radiations from the nebula can be dangerous for people with weak energy and unstable psyche. Therefore, Argorians urge us to be more attentive to our well-being.

The work to clean up the planet continues as planned, even ahead of schedule. With the help of delta-gamma range emissions, Argorians constantly scan all Earth’s parameters.

Galactic Committee is preparing for input and setting up the equipment that it will soon use in the work with the planet’s population.

These installations allow Argorians to absorb the negative radiations of mankind, and promptly check the areas of elevated low-frequency emissions. Friendly space races never tire to reduce the concentration of men’s stink emissions.

Too much energy-information noise, in which we still are, adversely affects our psyche. Increased stress and manipulation created by MSM are artificially heated by governments, expanding the environment for the generation of low-frequency jets.

In this regard, on 11 September 2021, the squadron command addressed the following message to the earthlings:

“We appeal to all right-thinking people!

Look around you, what do you see? Aren’t there any islands of tranquility around you, something that can bring you into harmony?

Only in this way, you can perceive the high vibrations entering the space of the Earth. With all responsibility for yourself and your loved ones, you must remain calm no matter what.

If there are more such men, you will be able to stabilize the space around you. And people around you will also calm down, and a sane and peaceful mind will allow you to take a correct view of what is going on.

By keeping and raising your vibrations, you help the Creator to realize his Plan in the nearest future.

Your influence on the collective unconscious will illuminate and generate very different conditions.

The negative elements will subside, and the world will be restored around you.

All your inner work consists precisely in keeping your peace of mind. All Divine forces are with you. This is very powerful protection of Light, and you are a conductor of it.

This is the main understanding of all ongoing quantum processes of healing and transformation of the Earth. Ask for help, and we will come. You are our islands of stability in the growing chaos.

Do not forget that you have been divided into 16 timelines. It will help you to be on your vibration wave, perceiving and preserving the world, in the occurring events of your time branch.

We wish you all wisdom and universal tranquility, despite all the storms and hurricanes of the passing world.

The sixth cascade stage of the third quantum filter’s separator has a peculiar effect on space matter. You will feel it on yourselves.

Change of the planet’s vibes frequency affects all its inhabitants. The environment influences each quantum particle, tuning matter to sound in unison with the Earth.

Time speeds up, and more and more space is made in your memory for the new. Your mind becomes silent and old neural connections dissolve. Gone forever are the things that are of no use in the new world.

Gradually new programs will be introduced as the space changes to which everything must conform.

Your cells constantly receive commands to change DNA and RNA. In your subconsciousness started a grandiose work on the transformation of a body, its decompaction for transfer to 4-dimensional space.

The changeover puts additional strain on all organs and systems of the body. It is especially difficult for those in whom latent energy blocks and negative programs have accumulated. It is how your body remembers all psycho-emotional traumas, generic programs that distort the flow of energy in it.

Since there is now a release from such problems, the latent energy blocks are activated, returning to the causes of their origins. Therefore, previously forgotten pains and emotions may return.

Don’t worry, it is a temporary phenomenon. You should be grateful to the Creator for this opportunity for healing.

We are only reminding that this applies to those people whom the Creator chooses according to the level of consciousness and Soul in all incarnations, and the GREMO energy of Love has started this process.

Cleansing is always painful as it touches all man’s bodies. Soul pain can be amplified when, for its release, the high-frequencies squeeze out the low-frequency energies.

Many must undergo the baptism of Divine fire, transmuting the lowest into the highest one.

It is necessary to perceive correctly all that happens, to let go with the ease of what goes away, making room for new and pure energies of the Source to assimilate by you.”

We have 1716 guests and no members online