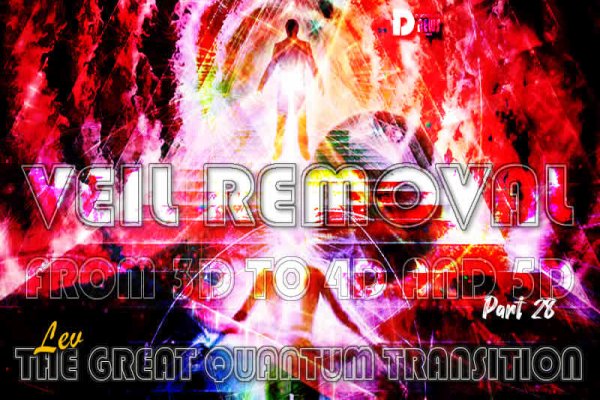 Astrological events are an important factor, but not decisive. Their energies are neutral. We make them positive or negative, stimulating or blocking and destructive.

On September 23, 2021, the Higher Light Hierarchs launched the Veil removal procedure and began unpacking our energies into the new 4D space.

It’s great that a lot of people got so close to the 4D that the energy of the stelliums started to take the Veil off from them.

As of December 2020, those who are ready for the 4D Transition began the activation of the dormant DNA segments and gradually building up from two working strands to twelve.

Here’s another and very interesting testimonial, in addition to the QUESTIONS part which for convenience will be in the first person.

“I had it happen at intervals of about two months. In my case, the activation occurred at night.

The consequences on the physical plane were then painful, since the procedure was accelerated, and therefore not at all sparing.

My Higher Self informed me that I had until August 2 to complete the procedure and have 12 activated threads by that date. And so it happened.

At the same time, new neural connections were forming in my brain. At night there were bright flashes of light in my head. A crystalline body began to form.

On August 2, also at night, my Higher Self switched me from the old 3D planetary lattice of consciousness to the new 4D crystal grid of Earth. It was also at night.

Once I woke up feeling that my brain’s right hemisphere was being pierced with an energy drill in a certain place. It lasted about 15 minutes, it was unpleasant but bearable. However, then the painful sensations dissipated for a whole day.

From that moment on, my timeline began to unfold around the scenario of life in 4D.

In August, the events began to indicate that I would soon have to materialize my dreams thanks to the fourth dimension energies.

It sounds like science fiction, I know. But I feel like the opportunity for it to come to fruition is about to open up. I’m ready for the 4D space opening. I have a start-up project ready to launch. I’ve been working on it all my conscious life…

Then, in August, my Higher Self informed me that I would be having a Veil removal at the end of September. And that I have to be ready.

On September 23rd, again at night, I awoke to the presence of the energies of my Higher Self. Previously I had only identified it by its vibes. I couldn’t see it on the Subtle Plane in any way.

But then, half-asleep, with my eyes closed, I saw a man’s image on my inner screen. About a meter away from me. And for some reason, I recognized him immediately.

Is that you? – I ask mentally.

And then the Higher Self performed the procedure of removing the Veil. It was as if it cut a certain boundary above my head with a beam, and the Thin-Material cocoon broke into two halves, like a shell.

And inside the shell was me… Then, my Higher Self was gone… And I fell asleep.

In the morning, there didn’t seem to be anything out of the ordinary, only one thing that I didn’t immediately notice.

Overnight, my little palm tree had died. It was a gift.

I’ve had it for years, and it’s never even been sick. And then it’s like the plant burned up, as it was hit with hot water.

The leaves went from green to white, and the stems went soft as if they had boiled overnight!

And I realized that something was starting to happen around. In the afternoon I sat down to work at the computer and suddenly noticed that I could not feel my body at all. It was as if it was transparent, weightless.

And I saw myself unusually, as if from the side as if I were standing behind my back. It felt incredible! Awesome!

But from the next day on, the space around me began to change.

I lay down on the couch toward evening and suddenly began to see that all the objects in the room seemed to be slightly fluid, moving, shimmering, and vibrating. And the air feels like it’s made of jets of rain.

And from me comes a soft and gentle swirling light, like fog.

It is generated from my body and diverges in different directions by concentric alternating and playing with each other waves.

It was very beautiful. I lay like that for about 30 minutes, watching the unfamiliar dance of space.

And my own energies and the energies around me as if came alive, manifested, and marked themselves.

But as soon as I got up and walked around, the space curled up into a familiar picture. But if I stop and look, it unfolds again. As though it’s playing with me, and sometimes joking.

For example, my son came up to me, and we started discussing something. I saw between us, from somewhere above, a thin, glowing thread descending from nowhere.

My brain reacted habitually: a spider’s web! My hand reached out to catch this web. I caught it but there was nothing in my hand.

I continue talking to my son, and again the “web” appears. My hand automatically caught it – nothing! And so four times, my God!

My son understood everything, looking at me and smiling. He didn’t even say anything. It was clear to both of us without words. We laughed…

It is already daily, I consciously contact with the new space of the fourth dimension. My Higher Self said that this is only the beginning of 4D and my mutual merging.

But even one percent interaction is good for the first time. My heart pinches and jumps for joy. And sometimes my body ‘leads’ sideways, and I feel like I’m about to fall…”

Until recently, many believed that the removal of Veil would be abrupt.

That the energies of man and 4D will immediately gush into each other, creating a discharge, a Flash.

And it could have happened, if not for one nuance. The fourth dimension is delayed because not everything is fully ready for it.

The vibrations of many people are already at a high level, and about to reach their full potential in 4D.

Some walk around like atomic bombs – such a strong compression inside.

But there’s nowhere to be fully open up yet. Four-dimensional space on Earth is just emerging, hurrying up, forming right before our eyes. It is preparing us to carefully accept and deploy our new energies.

It is good that our Higher Selves allow us to contact with 4D, to interact and penetrate each other, even if not on a full scale. At least we opened for familiarization with what is already waiting for us. It is so human!

Even If Not On A Full Scale

The Transition into the fourth dimension which has opened with the beginning of the New Galactic Year, the Veil removal, the Ascension, and the unpacking of energies will be only a gradual, gentle process.

But it won’t be endless. It will end with a specific Event – crossing the threshold into the next dimension, into a new band of high frequencies forever and irrevocably.

Many of us link our movement into the fourth dimension with Earth’s Quantum Transition. This is true and not quite true.

Our planet is picking up frequencies on its own. And we’re on our own. It’s like two different beings working on themselves. Of course, both processes influence each other.

However, if Earth suddenly makes a final vibrational leap tomorrow, opens its fourth dimension in full, and we do not, we will hardly be able to see it because our vibrations will not coincide.

The Vibes Doors Are Open

Given that 3D has already started to wind down in parallel, we have to adapt to the new space.

That’s why it’s time to consciously raise our frequencies. This is our currency in Transition. It’s our entry ticket. The doors are already swinging wide open, and Veil has begun removing.