The Higher Self Is The New Technology

The Higher Self Is The New Technology 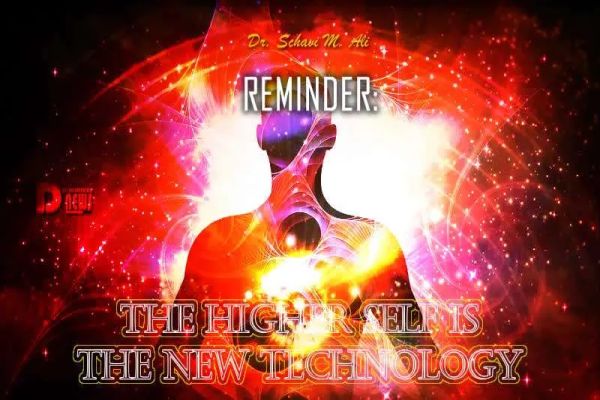 Even with certain scientific technological devices reporting that neutron counts are below average and that the “KP Index” is rating activations to our planet’s fields as “Quiet”, the magnetosphere charts are showing a different story.

Particle plasma is still, as it has been for many days, dense and pressuring in and around Earth/Gaia.

There is also a report that a new sunspot numbered “AR3085” is growing rapidly. This could indicate that strong solar flares are building.

Solar winds are almost 600 kilometers per second (km/s). There have been 91 earthquakes in the past 24 hours—with a “5.5” having occurred in Indonesia.

Storms and flooding are happening in various places around the world, and this is usually an indication that a coronal mass ejection (CME) has happened.

When CMEs move slowly (such as exploding on a certain day but not arriving at our planet until the next day or days later, its slow movement indicates that it is very strong).

CMEs are the plasma particles of electromagnetism—both proton and electron fluxes—that activate our planet’s tectonic plates and outer auric field.

So, as has been indicated previously, Earth/Gaia is anything but “Quiet”!

“Her” Vibrational Frequency and amplitude are activated daily at high levels, and these levels are climbing as “She” is given so much increased LIGHT and moves through the “Photon Belt” and moves faster upon “Her” axis.

Many people have reported inability to sleep for the past few nights, extreme exhaustion, nausea, diarrhea, dizziness, and more—the “Light Activation Experiences” or “Ascension Symptoms” that have been escalating since scientists initially began to observe vast activity in the cosmos that did not align with their university textbooks in modern times as far back as 1961.

Some people who are unaware of the affects that cosmic forces are having on our planet as humanity uses its free will in varying ways attribute their “symptoms” to “3D” situations only.

A lady shared with me just a few hours ago that her elevated blood pressure was due to a particular high-level political person’s (who shall not be named) actions in the USA.

This has caused her stress. So, she went to her “Doctor” and is now taking blood pressure medication even though she realizes that it can cause kidney problems.

She does not understand that as our planet rises higher and moves swifter, the human physical vessel’s molecules are spinning faster, and the nervous system is being re-wired as also is DNA in each cell.

When she was told about natural herbs that can calm her nervous system and alleviate stress and thus lower her blood pressure, her response was that her “Doctor” was against natural healing because it interferes with chemical medicines.

Both she and her Physician are Christians, and thus, their holy text is the HOLY BIBLE.

It is interesting that they are ignoring the Divine proclamation that says: “I have given you every seed-bearing herb for food and the healing of the nations.”

We must be grateful, however, for the many “MDs” who are indeed respectful of the healing power of Nature and who refuse to prescribe dangerous medications anymore.

When the physical vessel is fatigued and experiencing other discomforts, and when the emotions are unsettled, and when the mind is taxed, these are signs to nurture oneself, to slow down, to allow SOURCE to send forth the LIGHT that is cleansing and illuminating this realm. We must remember that the process is:

However, everyone—whether they know it or not or accept it or not—is now receiving doses of LIGHT.

A more profound global event is on the horizon according to many Spiritual Scientists as well as traditional Scientists who are studying the cosmos.

We are perhaps being prepared for this eventuality.

The HIGHER SELF—the SOUL—the DIVINE IMPRINT is the technology that can give us the true understanding of our “Now” and our future.

Stay in the LIGHT.