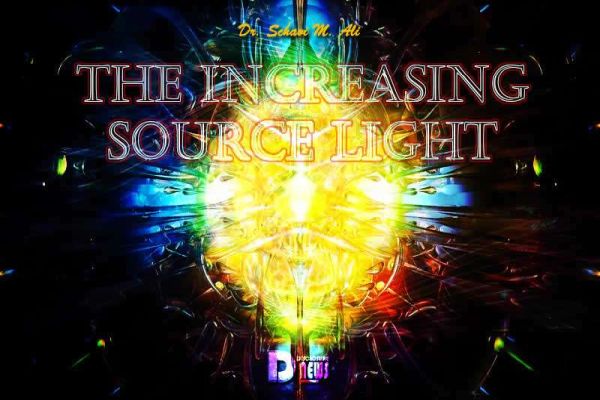 This is happening and has been happening on Earth/Gaia for many ages as human collective consciousness has spiraled downwards and has manifested dire situations.

Just as turning on a light switch in a room shows what may need to be polished or cleansed, so too, does SOURCE LIGHT allow to be revealed what needs to be removed from a planetary realm.

Therefore, during this space/time continuum, various lower vibratory levels of consciousness that manifest as political turmoil and sociological confusion will be allowed to be witnessed, and agendas that were once secret will be known by the planetary populace.

These “secrets” will involve supposed economic crises due to foreign warfare, manipulation of the human brain processes so as to cause particular reactions, engineering of artificial non-nutritious foods, attempts to interfere with incoming regenerative Sunlight, and much more.

Those who have been blessed with HIGHER KNOWLEDGE and who are recently beginning to receive it, must remain vigilant as the programs of disharmony play their loud non-rhythmic “tunes” of confusion.

We must stay within the LIGHT of the HIGHER SELF which is the SOUL which is SOURCE FREQUENCY.

Observe how many people seem to be filled with issues of anger and unleash it onto others, and how erratically people are driving seeming to be in a daze, and how so many people believe whatever they see or hear on television regarding what they need to have injected into their bodies (over and over again)—regardless of the dangerous side effects that are being reported daily.

It is like the old horror movies when the monstrous being programmed an innocent person into working for him, and with widely dazed eyes, the once innocent person now says: “Yes, Master” and proceeds to do the monster’s bidding.

As LIGHT surges into cells, molecules, the nucleus, atoms, sub-atomic particles, the DNA—affecting consciousness—whatever is most prevalent in a person will be more evident while the LIGHT does the work of clearing, cleansing, and illuminating (performing “CCI”).

Thus, those who are very loving will be more loving, but those who are vicious and who are endeavoring to rival the DIVINE will be even more devious and evil.

There will, of course, be those who are not actually evil but who are weak-willed and who will continue to follow the mainstream “3d” programming process.

When such persons are revealed, it will be best to offer prayer but to stay away from their auric fields that are filled with darkness that only SOURCE LIGHT can remove when “IT” chooses to do so.

We are approaching a timeline of “closing ranks.”

Those of spiritual orientation will be brought closer together whether in-person or on-line as technology becomes employed for more righteous purposes.

This is already occurring.

We have been in “Eclipse Season” for approximately one month.

When the “Solar Eclipse” in Tropical Scorpio (transformation, the revealing of secrets, soaring out from the ashes like a phoenix bird) occurs on October 25th, it will primarily focus upon the USA (particularly Washington, D.C.), parts of Asia, Eastern Europe, and parts of the Middle East.

All of our planet will be touched by the eclipse, but the areas mentioned will be most “illuminated.”

The “Lunar Eclipse” on November 8th will bring emotions to the surface regarding all that has been “illuminated” as releases continue to occur and as new concepts are considered locally, nationally, and globally.

The “after affects” of the “Solar Eclipse” and the “Lunar Eclipse” will last for about the next six months—into about late spring of 2023.

All the while, cosmic forces will constantly ramp up on some days, slow down on others, but never completely stop.

Thus, there will be days of powerful solar energetics such as flares of heightened “M-Class” ranges and “X-Class” levels as well.

Coronal mass ejections will burst forth from the flares with great gusto, and high-powered solar winds will thrust the solar events outward.

Comets and meteors will travel the skies.

Earthquakes (small and large) will cause upheaval.

There will be much to contemplate.

Many are awaiting a solar flash event that will supposedly awaken all of humanity and thrust us forward into “Heaven on Earth”—the “New Golden Age” that has been foretold in numerous ancient scriptures, ancient scientific documents, and “crop circles” carved into the ground by the advanced technology of alien beings.

No one can give an exact day or time, even though some are saying “any time now” and some have even ventured to say that it will occur before the end of this year of 2022.

I concur that indeed a major cosmic event is going to happen, but on what exact day no one can truly say.

It could be soon due to the elevated cosmic occurrences in this “Twilight of Kali Yuga” —the point in the “Age of Chaos” when conditions are most critical, and yet, when HIGHER KNOWLEDGE is very available at the same time for those who desire it so that the next age—“Dwarpa Yuga”—can be handled with greater collective consciousness that will spur us into “Treta Yuga” and finally into the golden-ness of “Sattva Yuga”.

As I have broached previously, it is the choice of the human collective when each “age” ensues.

Many people do not want the responsibility of LIGHT AND SOUND TRANSMISSION AND RECEPTION.

They want “goodness” to just flow automatically without any effort.

That is why the process of bringing new life into the world is called “labor.”

Earth/Gaia is in “labor” as “She” is given intensified doses of LIGHT in order to “birth” creation anew—and so are we.

No, you are not in menopause or andropause, and you are not bi-polar or have ADHD (“Adult Deficit Hyperactive Disorder”).

You are receiving high doses of LIGHT that is accordingly giving you a “purge” and bringing up what has to be cleansed away for your new physical vessel, emotional makeup, mental capabilities, and spirituality to be “birthed.”

You are in the “labor” of the LIGHT.

Much of this will be too difficult for some to handle.

However, as an old saying goes: “Time will tell.”

Such is still the case today.

Many see but do not believe.

Many hear but do not understand.

A purposeful “dumbing-down” has been orchestrated among humanity.

SOURCE is not pleased at the misuse of the gift of free will.

Yet, “ITS” mercy and compassion is at work because SOURCE knows everything.

Therefore, “IT” knew that mankind would reach a time when free will would be like an old dusty vase on a shelf filled with dry withered flowers in a room with old dirty carpeting, faded walls, and dusty furniture.

Major work now has to be done—carpet cleaning and vacuuming, furniture polishing, painting the walls, etc.

Some items will need to be discarded and new items put in their place.

The “foundation” of the dwelling might be good, so there is no need to demolish the “building” completely.

Our “foundation” is our originally being a “Light” of the “GREATER LIGHT.”

We are being newly designed and upgraded.

So, learn to SEE and BELIEVE.