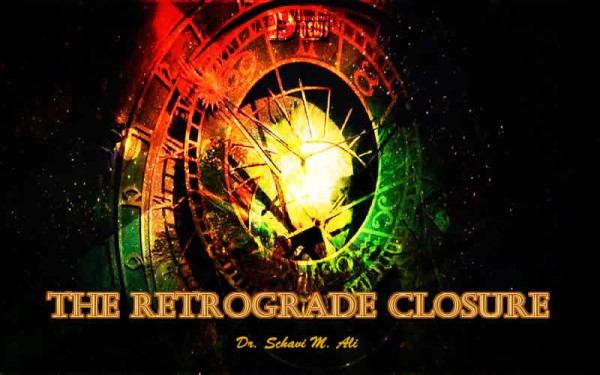 As Mercury comes forward to close its doors, certain issues that have arisen during the early part of and middle of the retrograde (even during the “pre-shadow” which began on Sunday, January 2nd when it arrived in the sign that it would retrograde in—Aquarius), will now need to be finalized as self-reflection has caused particular realizations.

However, there are persons who have ignored the signs which came (and are still coming to them) about specific issues, people, and situations. When such signs are ignored, the same problems and challenges arise continually, and density becomes more pronounced.

Eventually, there is no way out of the murky sludge caused by lowered states of consciousness.

In other words, Mercury Retrograde offers a wake-up call, often by stirring-up the very circumstances that are causing strife and stress.

This is an especially interesting Mercury Retrograde for collective humanity because of its occurrence in Aquarius (Tropical System) and Capricorn (Sidereal System).

If the world’s issues which have arisen during the retrograde and which will still arise during the “post-shadow” which lasts until Mercury moves on into the next sign on Thursday, March 10th, are paid attention to, it can be seen that planetary cleansing has been increased and has brought up (and is still bringing up) the density of attempted political mandates, medical confusion, warfare, and manipulating of natural resources for monetary gain.

Because of all of this, there is a huge awakening amongst the human collective.

Just one example are the 10,000 truckers who are advancing on the Canadian borders to protest “vaccination mandates”, and a better phrase is “forced injections”. 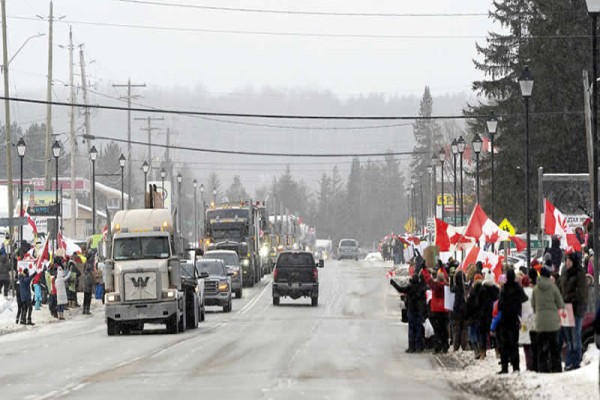 More and more scientists’ doctors, and nurses are now admitting that the larger percentage of those who have attracted the “virus” are those who are “vaccinated”—not the “unvaccinated” because the realization is that the “injection” lowers the immune system response overall, and people are having dangerous side effects as many other bodily organs are made dysfunctional by the toxins in the “injection”.

Variant after variant has been named: “Delta”, “Lambda”, “Omicron”, “Stealth Omicron”—and every variant requires another booster after the initial “vaccinations”.

When will more people awaken to the fact that they are being research subjects?

Mercury Retrograde is making many people wonder about their choice to roll up their sleeves and stick their arms out!

The good news is that more information is being given regarding natural “SOURCE–CREATED” substances for strengthening the immune system such as large doses of “Vitamin C”, “Vitamin D3”, “Zinc”, “Elderberry Syrup”, “Pine Needle Extract”, “Black Seed Oil”, and “Turmeric”—these are a mere few of the wonders of the “SOURCE APOTHECARY”.

For those who have taken the “injections” and “boosters”, a warm soak for an entire hour in 2 cups of Baking Soda along with 2 cups of Apple Cider Vinegar will remove most of the toxins from the pores before they get into the cells to do extensive damage, but the bath must be taken immediately after arriving home from receiving the “injection” and must be done three times in that first week.

Each time a “booster” is taken, another round of three baths must be taken.

This information is from a Registered Nurse whose name I will not give.

She has worked in prestigious hospitals in the USA, and many doctors have specifically asked for her to assist them as their surgical nurse because of her amazing intelligence and competence.

Why has so much attention been given to the “virus” in this discourse?

Because it is the most currently focused upon “subject” in the “world’s curriculum” of “human study”.

Subjects such as climate change, oppressed people fleeing into other countries, foreign wars. etc. have taken a back seat although there is some mention of these happenings in mainstream news reports.

The heightened cosmic LIGHT in the form of solar flares, solar winds, solar sector boundary crossings, coronal mass ejections, co-interaction regions, plasma particles building-up in the magnetosphere are all continuing to clear-out, cleanse, update, re-fashion, elevate, and increase the “LIGHT QUOTIENT” of all of creation.

Free will can stop the LIGHT from its regenerative process due to refusing to employ a spiritual and natural lifestyle and instead to opt for synthesized products, chemicals, and dangerous technology.

However, those who decide to remain in density should not criticize those who choose not to do so.

They should seek out their own kind.

Those who are choosing to receive greater LIGHT are now beginning to close ranks even though we may still be praying for the elevation of others as we respect their free will choices.

We are being guided by the HIGHER SELF—the DIVINE SOUL–SOURCE.

We hear certain scriptural verses singing to us from various traditions. The wisdom messages are becoming louder.

Whatever our individual paths are, we are wise to take the final days of this first Mercury Retrograde of 2022 to write down in an artful journal the scriptures which speak of God’s blessings to and protection of the righteous.

Read the recorded verses throughout the remainder of this year which will be full of intensified LIGHT FREQUENCIES.

Because SOURCE is so merciful, these frequencies will be invitations to connect with higher timelines and dimensions rather than continue to sink into the depths of disharmonious attunements created by mankind’s folly.

They will also be messages to release chaos and confusion—the “isfet” and the “klippot” of ancient teachings.

Make each day “PUJA” (“Ceremony”) to the DIVINE ABSOLUTE—the ALL.

It seems that many persons in this “Now” who lack vital information about important aspects of life are the most avid in criticizing what they do not know.

Yet, some of these same persons claim to follow certain scriptures.

In the Western world, the main scripture is the HOLY BIBLE.

In this text, which is actually rooted in earlier holy texts of Eastern civilization, there is a very powerful verse: “STUDY TO SHOW THYSELF APPROVED.”

Class is in session.

We have 807 guests and no members online