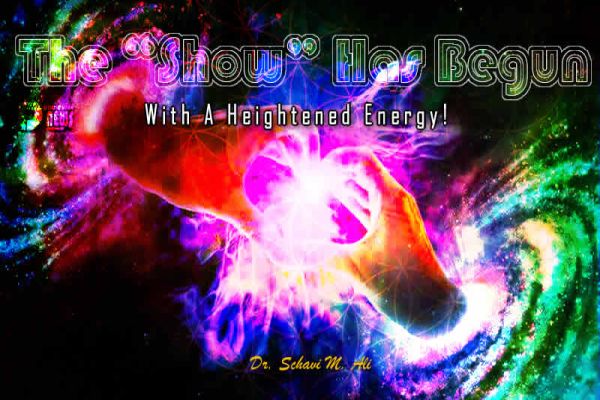 At approximately 9:04 PM (EST) on Thursday, January 13th, 2022, an “M.1” solar flare erupted from the Sun, and at 9:34 PM (EST) on the same evening, an “M.2” was technologically calculated to have erupted, but because this one was on the far side of our Sun and because the eruption was so intensely powerful, it is believed by NASA scientists to have actually been an “X-Class” flare.

Solar winds are expected to elevate throughout today, the evening, and over the weekend.

Mercury has also officially begun its retrograde as of about 6:23 AM (EST) earlier this morning and will, as communicated in previous discourses, remain in retrograde until February 4th—after which, it will be in its long “post-shadow” until March 10th when it moves into Pisces (Tropical Zodiac).

During its retrograde, it will “dance” back and forth between Capricorn and Aquarius (Tropical Zodiac).

Technological glitches, misunderstandings in communication (both spoken and written), problems in businesses (e.g., not receiving necessary products or the wrong ones being shipped, machinery malfunctions, employee/management issues), travel problems (e.g., late take-offs and arrivals at airports or train stations or bus terminals, lost luggage, and other travel frustrations), major repairs having to be done over again, old relationships resurfacing, global economic challenges, general confusion in thinking—none of these should not be surprising.

This IS NOT the time to make expensive purchases, have major work done on a home or business property, commit to business or personal relationships (e.g., starting a new business endeavor, engaging in a financial program, becoming engaged, getting married, resigning from a job or career position, writing a book, beginning a new educational program, moving to a new location).

No matter how wonderful these activities may seem now, in a short while, they will falter and usually not work out as desired.

Money and time will have been wasted.

Wait until AFTER Mercury has gone “direct” on February 4th to be involved in any of the foregoing examples.

Sometimes, unfortunately, people have to obtain their lessons the hard way, and Mercury Retrograde is definitely a challenging teacher.

Several of my students and clients have had to learn the hard way.

Many years ago, one of my students had become engaged to a gentleman during a Mercury Retrograde “pre-shadow”, and they proceeded to plan their wedding during the “retrograde”.

I tried to get them to wait until Mercury was direct, but my student’s reply was: “Our love is far more powerful than this Mercury Retrograde you are talking about!”

During the preparations for the marriage, several bridesmaids dropped out of the coming ceremony for various reasons; the desired caterer for the reception was not available; the bride’s dress had to be altered several times; there were problems with the orchestra and the couple had to tape their music for the wedding; there were numerous other glitches.

There were constant problems in the marriage (including adultery), and within a short while, they were divorced.

People have also taken jobs during a retrograde and were later either fired or had to resign for some reason. Mercury can be quite a “trickster” if it is unknown as how to work with its energy.

Also, wherever Mercury retrogrades in your natal chart is where personal emphasis will be placed along with the general aspects of this type of retrograde.

For example, if it retrogrades on your fifth house which is the area of creativity, romantic involvements, children, and social doings, then there are likely to be some sort of frustrations in these areas.

Also, observe the opposite house to the one where Mercury is retrograde. Here too, there can be issues of concern.

Old situations from the distant past can arise at this time as well which are for you to see how much you have grown in consciousness or how much further you still have to go relative to certain experiences.

The COSMIC HOLY BOOK entails messages, lessons, and Divine revelations. Sometimes there are warnings, and often there are blessings.

As has been discussed before, planetary energy should not be worshiped or feared.

It is to be understood as a blueprint of possibilities and as a record of past happenings.

It is one of Nature’s greatest “textbooks”.

SOURCE—the one INFINITE PRESENCE—whether we refer to “IT” by such names as BRAHMA, KRISHNA, ALLAH, AHURA MAZDA, SHEKINAH, YAHWEH, MOTHER. /FATHER GOD, SRI MATRE, DIVINE MOTHER, etc., is ONE!

There are many aspects and characteristics of this “ONE”. We are in and of SOURCE. It sends us messages via our HIGHER SELF—our SOUL—the DIVINE within us.

The HOLY QU’RAN teaches that: “God is closer than your jugular vein!”

The HOLY BIBLE says: “You are the Spirit of the Living God”.

The BHAGAVAD GITA asserts: “The ABSOLUTE pervades all things.”

Study the paths of the holy books other than your own, and you will realize how much we have in common rather than differences.

The differences in the various holy texts of the world are based in cultural practices of people as well as added information (which sadly has been added for purposes of control of conquering nations over the conquered).

Thus, we must still be cautious when we accept everything that a so-called holy book says. This is where a close personal relationship with SOURCE is priceless!

We can come to “know” that we “know” the TRUTH, but only if we are deeply anchored to the frequency of our CREATOR and to our IMMORTAL BEING—the ALL!

SOURCE has not allowed true Divine revelation to be tampered with by the folly of mankind’s lower consciousness.

However, Divine revelation must now be sought.

Potent weather situations are likely due to today’s strong solar flares and winds, and they can cause powerful snowstorms, rains, floods, etc.

Planetary upheavals such as earthquakes and volcanoes are also possibilities.

Already, there has been a 6.6 quake in Indonesia, and any quake in the higher ranges of “5.0” to “6.0” and above are considered to be very strong.

Usually, strong “M-Class” and “X-Class” solar flares bring on these occurrences as their vibrations activate our planet’s tectonic plates and electromagnetic energetics.

Relax in the LIGHT.

Meditate into the LIGHT.

Send LOVE and PEACE throughout our planet and galaxy.

Heightened cosmic events will continually occur as our planet levels further up.

To Be Dependent Is Human

DNA Codes Being Activated - The Hathors

Teachings of the Masters: The Frequency Of Love