Spiritual Guidance Within The Matrix
A+ A A- 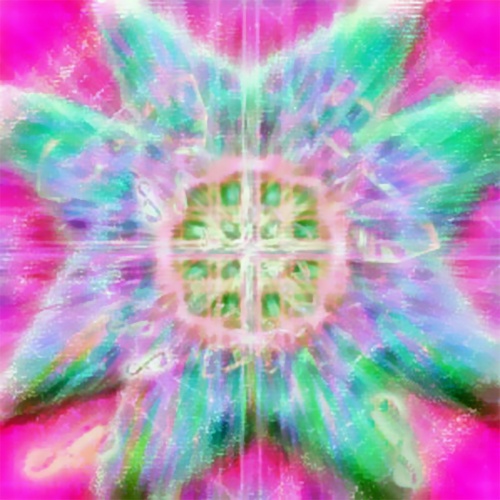 (Note: Shields up reading this information, as this FA agenda is increasing towards the spinning of the narrative in some of the New Age modalities, and as a result, this detail exposing T-E-E may instigate backlash.-LR)

Thoth, Enki, Enlil Collectives are Annunaki hybrid Fallen Angelics that are from Nibiru and formed alliances in the NAA with Necromitons, Odedicrons that serve Nibiruian interests in capturing territory on earth and in this Solar System. Most of their main harvesting networks are located in the United Kingdom, and thus they have a heavy presence in the land mass that is known as reptilian central. It has been brought to my attention to observe the recruitment and grooming techniques of the Thoth, Enki, Enlil Collectives which are Annunaki Fallen Angelic Hybrids. These groups are contacting their preferred male bloodlines on the earth for the express purpose of creating the next generation in the worshiping mind control program that the Guardian Host refers to as the building of "Enki's Army".

Nibiru is the original planet of the Annunaki. Nibiru is the Sumerian version of the same planetary body also called Marduk by the ancient Babylonians. Nibiru or Marduk was forced into an extreme elliptical orbit of approximately 3600 years, and is known today as the twelfth planet in our third dimensional Solar System. Nibiru has not been discovered by Earth mainstream science. It is under the control of the NAA and it functions on reverse orbit and reverse merkaba alignment.

Stonehenge was built in a special geometry atop the Nibiru Diodic Crystal or NDC, to counteract the NDC's ability to mutate DNA by reversing the planetary merkaba, altering its spin rates and reversing the DNA codes in Earth's grid system. The Nibiru Diodic Crystal generates the Checkerboard Mutation, which reverses the fire letter sequences and creates junk DNA in the original human template. There is a programmed crystal that is many stories tall and has been inserted deep into the Earth's crust in this location. The NDC is primarily controlled by the Thoth, Enki, Enlil Collectives from Nibiru which acts as a relay station for scalar sonic beams that are sourcing from Nibiru and directed into the planetary grid.

The NDC-grid is part of the larger Canadian so-called Michael-Mary Turnstile Matrix in which several smaller hubs operate in North America. This control system now includes the White Eagle APIN and is used to broadcast subliminal mind-control scalar programs. Michael-Mary Reversal networks are Alien Machinery planetary grids that split gender apart and are anti hierogamic union. The result of this grid is to promote the splitting apart of the layers of Soul marriage that occur at the 6th and 7th dimensions, which is called the spiritual ascension process of Building Wings. These grids also feed the Mind Control belief systems that promote Sexual Misery in the human race, as well as hatred between the sexes.

Created by the Fallen Angelics to counteract and destroy the Krystic Human Guardian Race for control and domination of this Time Vector in this Universal Time Matrix. These are also called the Sons of Belial or Belial Group.

Wormwood refers to the Niburian Anunnaki’s artificially created battlestar that exists on the counter orbit to the Nibiru planet in our solar system. The alien architecture leeches onto the former body parts of exploded Tiamat which is the Phantom Matrix of Tiamat.

Recently, the Annunaki Thothian controlled grid network called the Phoenix Grid Spike Site in the Astral Plane in the 4D Stargate area of the Cairo, Egypt that feeds into the reversals on the Golden Eagle Grid has been made obsolete in certain areas of the planetary circulatory system. This means that critical areas where the NAA Controllers siphon human energetic consciousness power and redirect it back into their Artificial Machinery systems to power up phantom systems, is failing in the percentage of energy collection they need to power the global Mind Control and other NAA harvesting systems.

Thothian-Annunaki language is based on usurped enochian language of the Original Creational God Code. Excerpts of the Law of One was given to Crowley at the turn of the century in order for him to be the human embodiment of the beast, that was necessary to bring this anti-life Black Magic language into the physical realms in order to feed the alien machinery and their Reversal Networks. This continued the Atlantian brotherhood war and its Atlantian Conspiracy as a AI time loop in this 3D reality system. Crowley was manipulated through his own massive ego of patriarchal superiority, greed, genetic elitism, ego maniacal selfishness and sexual deviance to install a vast circulatory system of reversal current systems to run Black Magic into the Ley Lines on behalf of Thothian interests, those in the Thoth, Enki, Enlil Collectives. The Thothian Grid is synonymous in defining the structure used by the Satanic forces which run the reversal energies in Black Magic Grids on the earth. Crowley was groomed in the United Kingdom which is the location of the last of the lost Atlantian colonies from 11,500 years ago, working with the government heads and reptilian controlled leaders, such as Winston Churchill. They groomed him to be in special covert operations for the Black Sun Program and the Sons of Belial forces in which operatives were trained for the British Secret Service. He was a primary operative used for directing psychological-spiritual warfare for the purpose for mind controlling the Hitler alien agenda carried out for the Black Sun Programs and as a result, he received much material and earthly power for his cooperation, on multiple dimensions.

Because the planet is ready to drop and collapse timelines from the previous 3D cycle where the planet is playing out the result of the Luciferian Rebellion from Atlantean time cycle, there is a struggle to dominate upcoming events that would influence these future timelines to be solely in Negative Alien or the NAA control. These groups have infighting, and the two primary groups have infected their headquartered control mechanism in two major stargates and power vortexes on the planet. Black Sun Program have headquartered themselves in the 10th Stargate or Iran Gate of the Golden Eagle Grid and lodged their technologies in Iraq/Iran to gain dominance over the power spots in Giza, Egypt. Most of them are Reptile Insectoid Collectives that are sourcing from out of the Phantom Matrix spaces in the parallel systems, and formed alliances with the Fallen Angelic Annunaki Groups to take control over the earth, which are referred to as the NAA. This is why they chose these areas of the planet to dominate, it was easier to invade from the genetic key level. The Sons of Belial, the Nibiruian-Annunaki reptilians of the New World Order crews that engineered the 911 Timeline Agendas, have headquartered themselves in the 11th Stargate area in the United Kingdom, this is also known as Stonehenge.

Enki is the self-proclaimed God of semen, and the mindset revealed for the new age grooming is setting in the reversals that repel ethical behavior which is required in the alignment with Hieros Gamos and holding the proper balance of Gender Principle. The motivation implanted into the predator mind is to have sex with as many people or women as possible, to develop and promote polyamorous situations in order to "spread the seed". As sad as this delusion is, it’s clear that it is designed to propagate the Sexual Misery program and to destroy true hierogamic union or the possibility of gender principle merge, which is necessary to achieve spiritual ascension. The historical trigger event timeline returns to Thoth taking earth females as breeders to Nibiru and Enki proclaiming himself the god of earth humans because he was genetically modifying the offspring with his DNA. As a result of this human trafficking scheme for Enki and Orion Group, Thoth got the Emerald Tablets and started his own worship program on the earth. The worship program of false religions and false gods are mind control methods used to harvest energy from earth humans and further, relegate humans as their subservient slaves that are to process their karmic loads and answer to their whims, to do their bidding.

We have 1047 guests and no members online