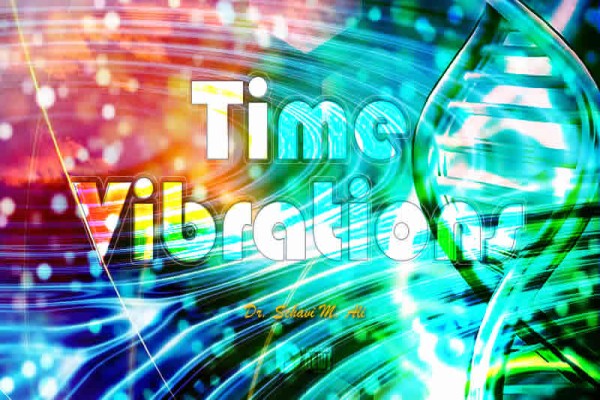 Time has sped-up due to Earth/Gaia’s increasing electromagnetic frequency as “She” moves further into LIGHT and vibrates faster.

One minute seems like a few seconds.
One hour is like only 30 minutes.
One day is seemingly only about 8 hours.
One week is approximately 3 days.
One month is 2 weeks.
One year is about 4 to 6 months.

All of these time frames vary—sometimes being even a bit less time and sometimes more because time is a spiral. It is not linear.

For example, a “Co-Interactive Region (CIR)” is due to arrive into Earth/Gais’s magnetic field by January 29th or sooner.

This is when fast and slow-moving high solar winds converge and send shock waves to our planet.

The “Heartbeat of the Earth” (“Schumann Resonance”, “Vibration and Amplitude”, “Power”) registers at sometimes elevated levels and sometimes at very low levels in a day’s time frame when the technology which registers its inner and outer field activity is adequately working.

Often, as has been discussed previously, when the cosmic events are extremely high, technology cannot register their impacts to our planet.

This is when charts show a completely wide black patch, and the words “black-out” are used to explain the lack of information.

Solar flares at low levels (“A-Class”, “B-Class”) or medium levels (“C-Class”) or strong levels (“M-Class”) or the most powerful (“X-Class”), coronal mass ejections, surging comets, and more—all cause time frames to speed up or to slow down as our planet spins on “Her” axis.

All planets and their Suns and Moons are conscious.

They have molecular structures, cellular memory, DNA imprints—just as we do.

If these orbs could speak in human language forms, they could relay all of the experiences of the entities that have inhabited them over billions of years (as mankind calculates time).

Thus, their “language” is the vibrational energetics that they produce which has been revealed to the ancients and the potential experiences accorded to them which has become the HAPETSEBA (“The Story of the Soul in the Heavens”—the Kemetic system), JYOTISH (“Godly Light”—the Vedic system), and ASTROLOGY (“Study of the Stars”—the Greek system).

All of these systems work and intertwine with each other, even though the human languages used to express the information is different—Medu Neter, Sanskrit, and English with its many Greek phonemes. (In fact, English is known as a “mongrel” tongue in Linguistics because it is comprised of so many phonemes from other languages. It is the ultimate word “mosaic”).

There are computer systems which show how the sky looked in certain places in various historical periods as the transforming rhythms “danced” along the “cosmic stage”.

Dealing with the quickening of the space/time continuum can be overwhelming when people do not realize its occurrence and attempt to have “business as usual” regardless of the “Shift of the Ages” that is happening.

In order to anchor to and acclimate to the dynamic changes brought on by LIGHT AND SOUND TRANSMISSION AND RECEPTION, it is necessary to be discerning about what involvements are truly assisting in personal consciousness elevations and which are perhaps actually toxic and of low vibrations.

Is it a job?
Is it a relationship?
It is an organization?
It is a philosophical principle?
It is a lifestyle?
It is perhaps all of these?

Mercury Retrograde will definitely cause self-reflection on all of this, and it will come to closure on February 4th (after its beginning on January 14th) but still play-out its post-shadow for a few more weeks.

As the first Mercury Retrograde of the year, the concepts thought about and decisions made will play a major role in the coming months, and the Solar Eclipse on April 30th will add to the newness.

Solar Eclipses offer new opportunities for growth in many areas, especially according to the natal house upon which they occur.

Both Solar and Lunar Eclipses have an approximate six-month span of heightened energy or peaks, and then the changes they offered gradually settle more solidly into our lives.

These changes will happen at a quickened pace, however, because of the speeding-up of the space/time continuum as earlier discussed.

The human physical vessel’s molecules will spin faster, and cellular memories will be brought up, tossed out, and new cells will thrive.

Even those persons with low levels of consciousness will be given an opportunity to change focus.

Yet, their free will still exists, and consequently, they can employ it advantageously or not and either be blessed or not.

This is where timelines and dimensions again come into vogue.

According to how a person’s thoughts, feelings, words, and actions are sent forth into the “Cosmic Spiritual Particle Stream”, determines whether a timeline or dimension of joy or of struggle occurs.

This, therefore, is the notion of the “Two Earths”.

Our planet is steadily receiving LIGHT and is leveling-up, and those who are leveling-up with “Her” are being transformed in amazing ways.

There are still “Light Activation Symptoms” to contend with, but when we realize that they are the “third stage labor” of a profound “re-birth”, and when we use spiritual and natural paradigms for comfort, then we have an easier “labor” towards crystallization.

The “Music of the Spheres” as the movements of the cosmos are often referred to, are fast-paced tones in this current “Now”.

We must learn to harness their and our own ENERGY (Life Force), FREQUENCY (rate of transformation), and VIBRATION (oscillation or movement of the energy), and as was revealed to the Physicist Nicola Tesla: “If you want to know the secrets of the universe, you must think in terms of energy, frequency, and vibration.”

We are the Light of the LIGHT.

We can shine brighter or choose to dim.

We can work with this quickening time or refuse to acknowledge it.

We can bathe in SOURCE LIGHT—individually and collectively.

In order to see clearly, veils must be removed layer by layer. LIGHT is helping us to do this.

Get ready to push out into the “re-birth”.