To All The World: A Message From The Creator God Aton Of Light

To All The World: A Message From The Creator God Aton Of Light 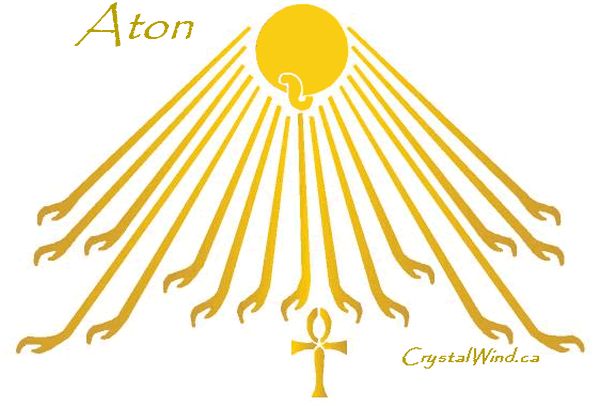 Greetings, Chela.  This is Aton speaking to you.  I AM WHO I AM.  I am Creator God Aton of the Lighted Realms and One with Creator Source.  I have come to speak to you at this time.  My message is brief, but it is Truth.  What I have to say is not an easy “pill” to swallow, especially for those, who believe everything that is a spiritual writing floating around on the Internet.

In these last days upon this once beautiful orb, Earth Shan, the darkest, most evil plan has been perpetrated upon those seeking Truth.  Satan’s minions have been hard at work devising a plan to snare the Lightworkers and all “religious” people from knowing Truth.  Ah, yes, the Christian Cult churches have done a great job of ‘snow-balling” people into believing the lies of their twisted Bible.  Oh, the Truth was there at one time, but those, who wished to have their agenda made known twisted and tweeked the “Holy Bible” to suit their OWO plans.  This was done centuries ago, and so the “Holy Bible” is the “Word of God” to the present-day people of Shan.

This twisted Truth/Lies/disinformation has confused many, but there are those seeking Truth not found in “religion”.  This is where Satan’s minions have found the answer.  The Darkside has used many methods far beyond what the average person knows to complete their plan.  Many of the so-called spiritual gurus who “channel” spiritual beings are doing so.  Yes, they are channeling spiritual beings.  However, did I mention what KIND of spiritual beings are being channeled?  Ah, so you are getting the picture.  Even though the messages come through to these people and they are “hearing” these entities speak to them, are they from the Light?

Nay, my chela.  These ones have been fooled into believing what they “hear” is from the Lighted Realms, but in reality these messages are from the Darkside.

Your government also has the technology from the Greys of mind control, putting messages in one’s head to make them believe they are hearing from the Heavens, and from great Masters of the Light.

Oh, dear ones, there is so much deceit.  There are so many people, who have been deceived by the Darkside.  What is so sad is that these “spiritual” people think they are talking to the Lighted Hosts of Heaven when they are not.  By this deceit of the Dark Ones, many people have been deceived.

I give the Truth to you one last time in the Phoenix Journals.  There are many, who have read these Holy Books of the Light Realms and have found the Truth for which they were searching.  Many bells in Heaven ring when one more person has found the Truth and has awakened!

Mother Earth is not waiting for humans on Earth Shan, as Patrick said , “to get it right”.  She is tired, injured, and is responding to the negativity perpetrated upon her for thousands of years.  She is in her cleansing cycle, and what you have seen thus far is ONLY THE BEGINNING.

We are on Red, Red alert for evacuation, my chelas, and that means ANY TIME.  In other words, any second.  That means you are to keep on with your work, stay focused and in peace and above all, keep one eye on your work in 3D and one eye in the Lighted Realms.

Goodnight to my sister.

I AM CREATOR GOD ATON of the ONE LIGHT.